Lighthouses line the coastline of Cape Cod and stand proud and beautiful. They serve as beacons, guiding boats from the rough sea waters of the Atlantic and saving countless lives. Imagine the relief of those huddled onboard a boat tossed by turbulent waves when they glimpsed the light flashing through darkness.

The lighthouse keeper in The Light Between Oceans writes to his girl back home, “I think of the light here like a splinter of a star that’s fallen to earth: it just shines, no matter what is happening. Summer, winter, storm, fine weather. People can rely on it.”

Today, the lights work by automation and no longer call for a keeper to climb a winding stairway to tend to them. Still, lighthouses carry an aura of intrigue. Tourists enjoy them, whether from the water’s edge or inside the keeper’s house. Each one is distinct, in part so that they could be easily recognized by boats during daylight hours.

Here are some of my favorite lighthouses on Cape Cod.

The Nauset Lighthouse is the iconic red-and-white symbol of Cape Cod. It is listed on the National Register of Historic Places. If you venture to only one lighthouse on Cape Cod, this should be it.

The story of how this particular lighthouse came to rest where it is today shows how the people of Cape Cod have had to scramble to keep their lighthouses in place along the crumbling coast. Many lighthouses on Cape Cod have fallen into the water, and others were moved to prevent this. Even some of those in place today will have to be moved eventually, or they will topple into the sea.

The first lights at Nauset were located in three separate towers. As the shore eroded, they were in danger of falling into the ocean, so they were moved. Eventually, the lighthouse you see today was placed safely across the road from the waves. It was not built here; rather, it began its life south of Nauset in Chatham in 1877.

The point of the original three towers was to help sailors distinguish Nauset from landings north and south that flashed one and two lights. In the 1980s, the signal of three white flashes was changed to one red and one white flash with 5 seconds between them. And for those at sea during the day, the distinctive white-and-red paint job helps them recognize that they are nearing Nauset.

The keeper’s house is open for tours during the summer.

If you’re wondering what became of those three lighthouses that once stood watch on the shores of Nauset, you’ll be happy to hear that they survived, and that you can see them today. At least, the second attempt at building the three lighthouses succeeded — the originals fell into the ocean in the late 1800s, so three more were constructed in 1911. The legend is that the three white towers painted black at the tops looked to sailors like three girls wearing white dresses and black hats. The Three Sisters are now old ladies, and their lights have gone out for good, but they will charm you anyway.

The sisters sit not at the water’s edge but in a pleasant clearing just a short walk from the Nauset Lighthouse. After being moved to different points along the oceanfront, they’ve been reunited in the forest, set apart the exact distance they stood when first built.

You’ve learned from the stories of the Nauset Lighthouse and The Three Sisters that lighthouses were often relocated to and removed from Chatham. Congress funded the first lighthouse for Chatham in 1806. It was the second lighthouse on Cape Cod, so it was assigned to shine two fixed lights. These lived in two separate towers at either end of the keeper’s house. President Thomas Jefferson appointed the first keeper for Chatham.

In 1831, the original two wooden towers were replaced with brick towers. And the new lighthouse keeper reported that he counted 16,000 vessels passing his lighthouse. He also sent out a plea to do something about the eroding land. Nothing was done, and in 1879, the keeper’s house and the original towers tumbled into the ocean.

Two lights remained in Chatham; one was moved to Nauset, and one remains. The current Chatham Light serves, automated now, to guide in many boats. The shore is still eroding, however, and the structure will eventually need to be moved to avoid the fate of the earlier lights.

Nobska Light in Falmouth stands on a hillside at the western tip of Cape Cod facing the Atlantic Ocean and the entrance to Buzzards Bay. From a vantage point on the lawn of the lighthouse, you can see Martha’s Vineyard and Nantucket Sound. Ferries steam out and back from these islands. It’s quite picturesque.

The buildings alongside the tower were used to house the Coast Guard until recently. Renovations are underway, and a maritime museum will eventually open in the buildings.

The tower is currently closed for tours, but the location alone and the lovely lighthouse are worth a visit.

Pro Tip: While you’re in the area, walk a couple of blocks to the nearby National Marine Life Center, where stranded marine animals are rehabilitated. You can tour the center and learn more about the marine animals that call the area home, especially sea turtles. If you’re interested in wildlife and conservation, you will love this science center.

The original lighthouse in Truro has the distinction of being the first constructed on Cape Cod. The current Highland Light, built in 1857, replaced two earlier lighthouses and is the oldest currently on the cape. It is also the tallest of the Cape Cod lighthouses.

As time passed, the fragile cliffs of Truro fell away, and the lighthouse needed to be moved back. In 1996, it was moved to its present spot using railway tracks. By that time, the old brick tower was in danger of crumbling, so strong cables and heavy planks were wrapped around it to keep it safe during the move.

The Highland Light is undergoing restoration involving the drainage system, windows, stairs, and decks. Even though the tower will not be available to tour until 2021, it’s certainly worthwhile to drive to Truro and stroll the grounds. Not only is the view of the Atlantic breathtaking, but you can also see the reconstruction in progress. Stop in the Keeper’s Shop for souvenirs and lighthouse-themed gifts.

If you’re looking for a hike on the beach, a trip to Wood End Light outside Provincetown would be perfect. At the northern end of Cape Cod, this lighthouse, built in 1862, steered those at sea through the sandbars to safety. Isolated on a strip of sand, Wood End Light sits alone. Life for the keeper in his tiny cottage was hard, since harsh winter weather often prevented delivery of supplies. The light was automated in 1961 and has run on solar power since 1981.

Stories of shipwrecks on Cape Cod abound, but one especially interesting one took place here. An S-4 Navy submarine collided with a Coast Guard boat just off the coast, and 40 men died. When the submarine was found responsible, important safety measures were developed for future submarines.

You can walk to the Wood End Light from Provincetown in about 30 minutes. If you take the breakwater route, watch for rough seas.

Also near Provincetown, the Race Point Light Station is listed on the National Register of Historic Places. The first lighthouse in this location was built in 1816, and the current tower dates to 1876.

If you’re looking to experience a stay in a lighthouse, Race Point is available. It’s run by the American Lighthouse Foundation and offers overnight stays. Be warned, though: To get to the lighthouse, you have to walk for about 45 minutes on a sandy beach. You could also rent a vehicle with four-wheel drive.

Cape Cod is 70 miles long, with coastline both on the Atlantic Ocean and on Cape Cod Bay. It boasts 14 lighthouses. This map will help you plan your trip and find the most beautiful and intriguing lighthouses to explore.

All of these lighthouses are within an easy day’s drive of each other. Check the websites and maps to make the most of your time. And don’t be discouraged if the keeper’s houses and lighthouse towers are closed to visitors. Any of these lovely lighthouses, even if seen only from the outside, will be memorable. Stand on the seashore, smell the salty air, feel the wind in your hair, and imagine all the seagoing folk who glimpsed the light shining in the darkness and came safely home.

For more to see and do in Cape Cod and the surrounding area, visit this page. 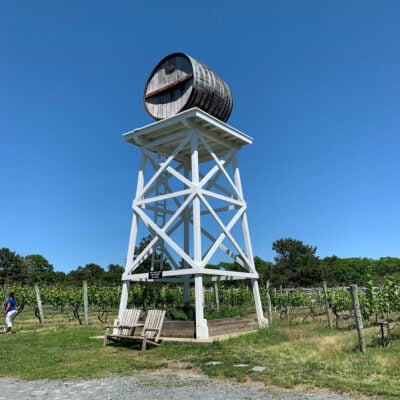 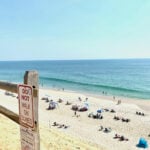 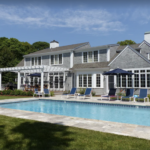 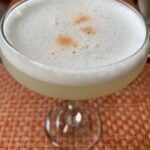