The Best Things To Do On San Diego Bay

A highlight of any visit to San Diego is spending time on San Diego Bay. The sparkling waters of this California coastal city bay are defined by an embarcadero, a charming island, a peninsula, and a graceful bridge.

On a visit to the area, you can choose from activities ranging from relaxing on the waterfront to hopping aboard a tour ship for a cruise. Here are some of the best things to do on San Diego Bay.

On the peninsula known as Point Loma, you can take in views of the bay from high atop a windswept hill. You can also tour a neat lighthouse that operated in the 1800s. The fog here was so dense that the light was often invisible, so a new lighthouse was built on the shore.

Today, the Old Point Loma Lighthouse is open to the public. Climb the circular stairway and see how the lightkeeper and his family lived in the restored rooms. Then hike down the hillside path for more spectacular scenery. A walk to the lighthouse takes about 30 minutes there and back and isn’t strenuous.

The explorer Juan Rodriguez Cabrillo landed on the peninsula in 1542; he was the first European to set foot on the West Coast of the United States. A visitor center near the lighthouse shows a film about Cabrillo and the natural habitat of Point Loma. The biggest tourist draw is the large viewing area under the statue of Cabrillo. From here, you can see the Naval Air Station North Island and watch sailboats glide peacefully through the deep blue water.

Pro Tip: After touring the lighthouse area, drive down the ocean side of the peninsula if you have time. This is where the working lighthouse sits. Drive beyond that a little ways, and you will come to the tidepools. The ocean waves crash against the rocks, and sea creatures inhabit the crags.

Stroll Along The Embarcadero

Stroll along the waterfront of the Embarcadero for a free, pleasant time enjoying the sights of San Diego Bay. Highlights include the USS Midway, the Maritime Museum of San Diego, the World War II statue Unconditional Surrender, and Seaport Village. The area extends in both directions from the intersection of Broadway and Harbor Drive.

The Embarcadero includes the San Diego County Waterfront Park. Here you can spread out a blanket and picnic on the lawn. If the grandkids are with you, they can romp on the creative playground and play in the splash fountains.

Across the water from Point Loma, the retired aircraft carrier USS Midway is docked and open as a museum. The Midway was commissioned in September of 1945 and was active until 1991, making it the longest-serving carrier in U.S. history. When commissioned, it was the largest ship in the world, at 1,000 feet long. Today, it appears as it did on its last journey. You’ll feel like you’re about to set sail!

This massive “City at Sea” contains 10 acres of exhibits and displays. Enter on the Hangar Deck and climb ladders and stairs to explore the ship’s many levels. On top is the “Island,” where the captain steered the ship. The lowest level is below the waterline among a nest of pipes that fed the boiler. If you are not able to handle the ladders, elevators and ramps are available in several areas of the ship.

Be sure to go outside to the Flight Deck, which features 26 restored aircraft. You’ll see jet fighters, attack aircraft, and helicopters.

More than 30 years ago, Seaport Village opened, with its shops and restaurants and cobblestone paths. It borders the water, so you’ll see boats of all kinds going by. Browse the stores offering kites, hammocks, and homemade fudge. A classic carousel delights kids of all ages. And the ice cream cones make a welcome snack on a warm day.

Pro Tip: If it’s a nice day, you can buy a fancy kite at a Seaport Village store and then fly it in the breeze on the lawn outside. This grassy area is also perfect for a picnic.

If you want to get out on the water, take a San Diego Harbor Cruise, a 2-hour ride that will take you the length of San Diego Bay. The live narration points out sights along the shoreline, such as the latest Navy ships, seals sunning on a floating platform, Seaport Village, and Coronado Island. Chugging out into the bay in the shadow of the Midway is worth it all on its own.

The cruise costs $33 per person.

Pro Tip: I was reluctant to go on the cruise because I often experience motion sickness. When I received tickets as a gift, I tried it, and I was fine. This is a smooth ride on a sheltered body of water. So don’t let fear of seasickness keep you from going!

The Maritime Museum of San Diego restores, maintains, and operates historic vessels. The collection of ships and the exhibits are open daily for exploring. The best-known ship is the Star of India, the world’s oldest active ship. Built in 1863, this iron sailing ship was an experiment in the days of wooden vessels. She’s still functional today. Her voyages included 21 trips from London to New Zealand, some of them lasting up to a year.

Other vessels at the Maritime Museum include the HMS Surprise, which starred in the movie Master and Commander. Filmmakers recreated a 24-gun frigate specific to Great Britain’s Nelson-era Royal Navy. The result was this historically accurate replica.

You can also tour a steam-powered ferry and a Russian submarine.

Bike The Ferry Landing At Coronado

A ferry crosses San Diego Bay from the downtown area to Coronado Island. The Ferry Landing is a bustling area of shops, restaurants, lawns, and a beach. From the Ferry Landing, you can rent bicycles and surreys. The paved paths make for an easy, flat ride. You can also rent kayaks and stand-up paddleboards.

If you’d like to ride the ferry, catch the boat either at the Broadway Pier at the 5th Avenue Landing or at the Coronado Ferry Landing. Ferries leave once an hour, and a one-way trip costs $5.

San Diego boasts lots of tantalizing cuisine. Due to its location on the water and proximity to Mexico, you’ll find many seafood and Mexican restaurants. Here are a few of my favorite spots in the San Diego Bay area.

This is my favorite San Diego Bay restaurant. Island Prime’s large windows offer fantastic views of downtown and the water, and the food is simply amazing. I recommend the scallops, which come with piping hot puff-pastry rolls. For dessert, share an enormous slice of mud pie with your travel companion.

At Peohe’s, sit overlooking the water and gaze at the downtown skyline while enjoying fresh seafood and sushi. On a sunny day, you can sit outside on the deck. This is one of my go-to restaurants for birthday celebrations.

Harbor House offers elegant waterfront dining. Seafood is the specialty, and the steak and chicken dishes are also delicious.

Coasterra offers Mexican food and bay views in an upscale atmosphere. The servers prepare guacamole from scratch at your table, and then deliver dinners such as fish tacos, carne asada, or roasted squash tamales.

For a more casual dining experience, head to Margarita’s Kitchen and Cantina in Seaport Village. Here you can dig into a plate of delicious Mexican food and sip a specialty margarita.

Pro Tip: For any of the more formal restaurants, it’s best to make a reservation. Some of the popular seafood restaurants fill up days in advance. Be sure to call ahead or make an online reservation to avoid disappointment.

When you come to San Diego and head to the bay, you have so many options for fresh-air activities, historic exploration, and lovely views. Your main problem will be choosing where to spend your time. You will likely find yourself planning a return trip to San Diego Bay.

For more on San Diego, see this page. 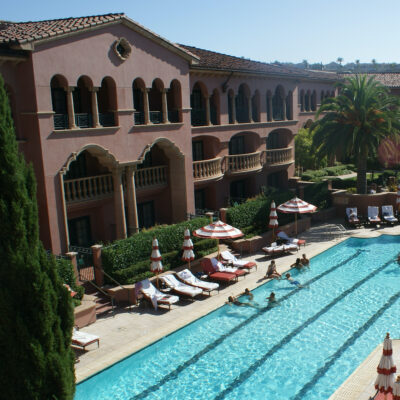 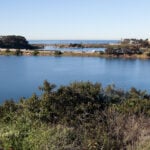 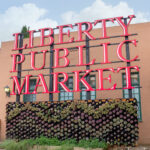 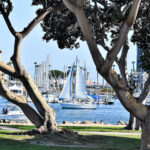