The Underground Of OKC Has Secret Entrances Throughout The City

The roots of Oklahoma City run deep, and OKC’s Underground is a must-see for anyone who visits the Sooner State. Originally known as the Concourse, The Underground connects some of Oklahoma City’s most prominent downtown buildings, offers a welcome escape from the elements, and hosts amazing art galleries, shops, cafes, and exhibits.

First opened in 1974, The Underground was the brainchild of I. M. Pei, whose Pei Plan endeavored to revolutionize Oklahoma City. The Underground was given a 20th-century makeover by Rand Elliot, who color-coded the tunnels and gave them their space-age flair.

Although the system is fully open and accessible to the public, there’s something thrilling and clandestine about stepping down into the candy-colored maze of tunnels underneath Oklahoma City. Grab a cup of coffee and a snack and take a wander. You can get your hair cut, shoes shined, and visit the ATM all without returning to the city’s surface.

Highlights Of The Oklahoma City Underground

The Underground is home to some of Oklahoma City’s best Chinese food, and locals routinely make the journey from above to eat at China Chef, tucked into the orange tunnel. You can also check out an art installation, or take a trip back in time by viewing an exhibition of unique photographs from Oklahoma City’s heyday. If you don’t want to wander through the rainbow maze of tunnels until you discover the orange one, you can take a shortcut and go straight there from the BancFirst entrance (more on entry points below!).

The purple tunnel is a must-see for art lovers. Although there is no direct access to this Underground tunnel, you can make your way to it via the green tunnel’s Leadership Square entrance. The purple tunnel is covered in a mural of mountains created by local Oklahoma City artists.

The blue tunnel is accessible from the Dowell Center. You can find another art gallery here as well as local utility offices. There’s more art in the nearby red tunnel, too, where exhibits focus on the function of local and federal government. Pencil in a quick history lesson; the red tunnel invites you to check out iconic images from Oklahoma City’s past and present governing bodies.

The tunnels only cover a few city blocks, so you can easily explore them in full over the course of a few hours. Wear comfortable shoes, as the hard floors of the tunnels can be tough on the feet. Luckily there are plenty of places to relax if you need to.

Getting To The Tunnels

The Underground is open from 6 a.m. to 8 p.m. on weekdays. Descend into Oklahoma City’s hidden downtown from any of the following locations:

Oklahoma City’s Underground is a fascinating example of urban development and creative use of space. It acts as a practical way to escape the harsh Oklahoma winter and is a haven for artists and small businesses. Do put this gem on your must-see list! 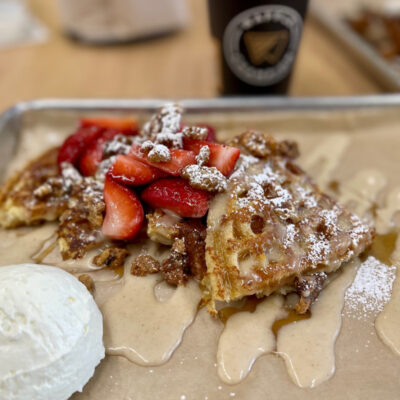 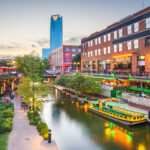 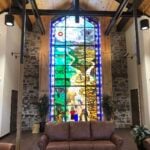