Visiting Death Valley National Park: What To Know Before You Go

Death Valley is the largest national park in the continental United States, and the hottest, driest, and lowest of all the national parks in the U.S. It also happens to be one of the hottest places in the entire world! Despite that, it’s my favorite of all the national parks I’ve visited. In my opinion, Death Valley National Park is criminally underrated — and yet it’s only an easy 2-hour drive from Las Vegas. It should be on everyone’s bucket list, and it’s never too early to start planning your trip.

Where Is Death Valley National Park?

Death Valley National Park is located in southeastern California near the California-Nevada border. Las Vegas is approximately 2 hours to the southeast, and Los Angeles is about 4 hours and 30 minutes to the southwest.

How Do You Get There?

California State Route 190 runs through the heart of the park. If you follow Nevada State Route 160 from Las Vegas, you can easily make a short visit to Red Rock Canyon and stock up on supplies in Pahrump, Nevada.

When Is The Best Time To Visit Death Valley National Park?

Summer is considered the off-season at Death Valley National Park. The extreme heat keeps most visitors away, and some of the hotels, campgrounds, and restaurants shut down. Fall, winter, and spring are the most popular times to visit, and even in December the weather is lovely, with average temperatures of 65 degrees. Temperatures occasionally go below freezing in winter.

That said, there is still intense heat in the early fall and late spring. Because of the extreme weather, the park’s large size, and the possibility of getting lost, it’s important to exercise caution all year round. Traveling with more water and food than you think you’ll need is a good idea.

Can You Visit The Park During The Summer?

On the afternoon of July 10, 1913, a temperature of 134 degrees was recorded at Death Valley National Park. Ever since a 1922 record of 136.4 degrees in Libya was disqualified from the record books, Death Valley has been the record holder for the hottest place on earth. And as someone who visited in July, I am here to tell you that it is hot. And I, for one, loved it.

While most people would urge you to avoid Death Valley in June, July, and August, I loved seeing the park at its most intense. Having planned well in advance, I was very comfortable. Accommodations with air conditioning were essential and worth every penny. So was the Styrofoam cooler we packed with water, sports drinks, and ice. I wore a large floppy hat and a Merino wool shirt. (Yes — wool! Merino wool is paper thin and very breathable.) I also got up early to explore when it was cool and napped or swam at midday.

As proof of just how manageable Death Valley is in July, my husband actually went golfing there! He got the earliest tee time possible, and with plenty of sports drinks on hand, he was cool and comfortable and back to the hotel by 8 a.m.

We planned carefully, were sure to stay hydrated, got advice from the park rangers, and had a fantastic time. I’m normally a big wimp when it comes to temperature extremes, so if I could do it, anyone can!

How Much Does It Cost To Visit Death Valley National Park?

The cost per vehicle, with seven-day in-and-out privileges, is $30. Motorcyclists pay $25 for the same time period, and the truly daring — bicyclists and pedestrians — pay $15.

An annual pass costs $55 (just $20 for seniors), and an all-access pass to every national park costs $80. Different people and groups may qualify for discounted or even free admission — you can find more details here.

Can You Camp In Death Valley National Park?

The answer is a resounding yes, and there are numerous options, including some that are absolutely free. Note that during the summer months, the temperature can remain over 100 degrees, even at night. Camping during this period is only for the hardiest of souls.

The Panamint Springs Resort offers cabin-style tents with cots for $50 per night. You’ll still have to supply your own bedding and supplies, but the tents are comfortable and the cots are a nice step up from foam pads! DIY tent sites and RV hookups are also available.

Stovepipe Wells Village has the same setup and amenities as Panamint Springs, minus the cabin-style tents. Campers from the nearby Death Valley National Park-operated camping sites can use the showers and swimming pool for a modest fee.

The Oasis At Death Valley Fiddlers’ Campground offers tent and RV facilities starting at $24 per night. That includes access to the pool, tennis courts, other recreational amenities, and coin laundry. The facility is well placed in the heart of the action at the Furnace Creek area.

The park itself operates several campgrounds in Death Valley. They feature fewer amenities, but they are more affordable, ranging from free to $25 per night. Some sites have picnic tables, water pumps, flush toilets, and fire pits. The others? Not so much. There are some spots for RVs, for which reservations are strongly recommended, but the camping sites don’t require reservations. You can review the full list of services and rules here.

Backcountry camping in Death Valley is challenging, even uncomfortable, but it may just be the most beautiful and memorable travel experience you’ll ever have. And it is 100 percent free!

Backcountry campers are strongly encouraged to speak with the park rangers, register for a voluntary free permit, and follow the park’s guidelines for setting up camp.

If the thought of camping horrifies you, never fear! The Ranch at Death Valley, conveniently located in the Furnace Creek area of the park, is open year-round, offers standard hotel rooms and small cabins, and is affordable, family-friendly, and — best of all — air-conditioned! There are similar properties in other areas of the park, along with the very posh and relaxing Inn At Death Valley, which features a gorgeous spa.

What Should You Do While You’re There?

Explore The Park’s Most Famous Landmarks

Whether you’re in your car, on a bike, or hiking, Death Valley offers countless corners, trails, roads, and natural features to explore. The park rangers can recommend the best places to go for sunrise and sunset as well as the best time of day to visit other park hot spots.

These landmarks should be on every traveler’s must-see list:

Several of the park’s most famous sites, plus many more, appear in Star Wars: Episode IV — A New Hope and Star Wars: Episode VI — Return of the Jedi. You can take a self-guided Star Wars tour of these sites — it makes for a fun and memorable way to explore the park.

Since 2013, Death Valley National Park has been designated a dark-sky park by the International Dark-Sky Association. This means that the park and its partners take measures to actively fight light pollution. Not only are the skies here beautiful, but late evening brings refreshing cool temperatures in the hotter months and a chance to hear the subtle sounds of the wilderness. Just don’t wander off! All together now: This is not a place where you want to get lost.

This castle in the middle of nowhere was a 1920s and ’30s vacation home for Albert and Bessie Johnson — and a way for their friend Walter Scott to convince people he was swimming in dough after striking it rich at secret nearby mines. Talk about sneaky! There’s plenty of mystery, beauty, and architectural fun at this most unlikely of castle settings, and the place is well worth a visit. Note that, due to flood damage, Scotty’s Castle will be closed until 2020. In the meantime, the park’s staff members are leading special tours of the grounds that showcase the environmental and structural damage from the floods.

Who says you can’t harvest produce in the desert? Date palm trees flourish in Death Valley National Park, and dates are on many Death Valley restaurant menus. Try some homemade date bread, date butter spreads, and date chutney. You can also embrace the desert flavors by ordering a prickly pear margarita!

Keep Up With The Roadrunners

With its desert landscapes, coyotes, and roadrunners, Death Valley might remind you a bit of a cartoon. Of all the animals in Death Valley, the roadrunners are the least shy. These funny feathered friends will likely come over and introduce themselves if you’re sitting outside eating a sandwich. Like birds everywhere, they’re keen on crumbs! Be strong and resist their curious faces. Feeding wildlife is never a good idea. Thankfully, the coyotes generally keep their distance.

Death Valley National Park is popular with birders, and that’s not just because of the quirky roadrunner. Unique species that are hard to spot elsewhere call the valley and the surrounding area home.

See The Wildflowers (If You’re Lucky)

Death Valley National Park is one of the driest places in the world. However, on rare occasions, it receives a heavy spring rain, and when the timing, temperature, and rainfall are just right, the park erupts in gorgeous wildflowers. This phenomenon, when long-dormant seeds spring to life, is known as a superbloom, and it is beloved by botanists, conservationists, and tourists alike. There’s just one problem: It’s highly unpredictable! If you dream of a wildflower-filled trip, you can follow this page, which measures the rainfall and predicts the chances of a superbloom. But rest assured, even without a superbloom, there is still plenty of beautiful plant life in the park. The park rangers will be more than happy to share their knowledge and favorite spots. 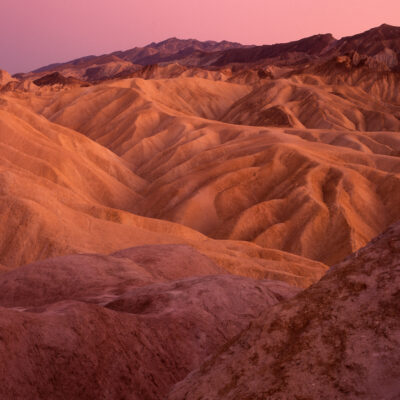 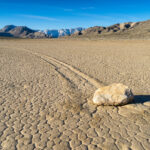