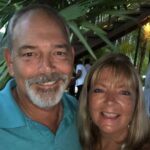 Carol and Mike Ivey are freelance writers and photographers with a passion for travel. Follow along as they share their travel experiences as 50-somethings that still love adventure and seeing the world at www.CuriousGypsies.com.

They are currently based out of Charleston, South Carolina where they live aboard their 53-foot Hatteras Motor Yacht, Gypsy Soul.

On a recent trip to Costa Rica we were doing some self-guided exploration near the Arenal volcano. In search of an experience that wouldn’t be your typical tourist-packed activity, I scoured local magazines hoping to find something we might have missed during our trip planning research.

I found a small advertisement in one of the local magazines about a place we had never heard of. The ad invited us to explore the fascinating and mystical underground world of the Venado Caverns in La Fortuna.

We’re not typically cave explorers or spelunkers, but since we hadn’t seen this attraction mentioned in any of the usual guidebooks, we became curious. We were nearby so we figured — why not?

The Venado Caverns are on private property located within an hour’s drive from La Fortuna in the northern lowlands of Costa Rica. According to local lore, the system of 10 caverns, hidden for over 15 million years, was discovered by accident in 1945 when a farmer fell through a hole in the ground. The resulting exploration of the Venado Caves revealed an underground limestone maze of caverns carved over millennia by subterranean rivers and shifting tectonics near the Arenal Volcano.

A 2700-meter cavern system filled with stalactites and stalagmites, rivers, fossils, subsurface creatures and — this was pretty unusual — an underground waterfall.

Further research told us to plan on getting wet and maybe a little dirty trekking through the river that runs through the caves. The website also said we would not be the only living things down there. They promised we would encounter four different species of bats, and various exotic creatures of darkness like eyeless fish, strange insects and massive underground spiders.

Weird, different and probably something we would not encounter again anytime soon, so off to Venado we went.

These are private tours with just you and your guide. The very reasonable price of just $28 USD per person includes the entrance fee, boots, helmets, flashlights and a bilingual guide. For an additional $20 per couple, a photographer will follow you taking pictures throughout the tour and provide you with a DVD afterward. We really didn’t know what to expect or whether we would have free hands to shoot our own pictures, so we paid for the photographer and were glad we did.

Once decked out in the spelunking gear, we met our local bilingual guide, Elvis, and our photographer Carlos, and our tour got started. We hiked down past the on-site swimming pool (available for an after-hike dip), alongside a pasture with suitably bored cows and down a small hill to a narrow creek where the trees parted to reveal the opening of the cave system.

Elvis explained that we would trek through the underground trails of ancient rivers and seabeds, squeeze through tight spaces, and stand under the only underground waterfall in the country while wading through the flowing river water.

At the mouth of the cavern, Elvis began explaining the history of the caves and that we should be on the lookout for giant spiders, fish and many colonies of bats.

Meeting the creatures of the cave

As soon as we set foot in the cave, we were greeted by a giant red tarantula spider. The furry eight legged creature was the color of rust and measured about 4 inches across. It completely ignored us, but suffice it to say, this is no place for an arachnophobe.

A few more feet inside, we came across even larger spiders — tailless whip scorpion spiders. Creepy looking but totally harmless, the mottled dark brown insects can have a leg span of up to 27 inches! Elvis dared us to carefully hold the massive, but gentle creatures and surprisingly enough we did with only a little shudder down our spines!

Around another corner, we were sloshing knee deep through flowing river water. We shone our headlamps down into the water and watched as the primitive eyeless cave fish swim past our rubber boots.

We slipped through a slight opening in the rocks into a large chamber, and there, up above, are literally hundreds of bats hanging from the limestone ceilings. Our voices and headlamps woke them and they begin flying over our heads.

As we trekked deeper into the catacomb, the bats seem to be in orbit around us, probably wondering who these 2-legged underground invaders are. They never fly directly at us, just remained constantly watchful as we moved through their sunless world.

Unlike typical cave tours, the authenticity of the Venado experience greatly surpassed more well-known and crowded caving sites. We were surprised to see no roped off areas or artificial lighting, or any indication that many had been there before us.

We were free to touch ancient marine fossils millions of years old. As we waded through the clear, chilly, rushing river water, the caverns opened up to exotic rock formations with equally interesting and descriptive names. The Birthing Canal formation — where you squeeze through to reach the next cavern, the flat-topped table-like Altar formation where fossils of smooth sand-colored Callista clam seashells overlap one another. Finally, we come to a magnificent orange rock formation in the shape of the local papaya fruit — hence the name “La Papaya”. Mother Nature at her finest.

At one point, Elvis dared us to turn off our headlamps. We flicked them off and were plunged into complete and utter darkness — pitch black. This made me realize how glad we were to have such friendly and accommodating guides in this underground maze. I am not sure it would be so easy to find our way out alone, even with our headlamps switched on.

After squeezing through some tight crevasses and following the winding limestone maze, we wound up standing under Costa Rica’s only known accessible underground waterfall. We stood under the cold splash as Carlos snapped several pictures and wondered where this otherworldly river originated. The locals have no idea, but it is fresh and clean and clear.

For those travelers interested in adventure and a change from the typical touristy beach surfers and zip lining crowd, the caverns offer the perfect antidote. This one-and-a-half-hour tour can also fill in as a great rainy-day activity. There’s enough here to keep the interest of adults and kids alike. They also offer the opportunity enjoy a typical local Costa Rican Casado lunch after your tour for a modest $7USD. Venado truly offers a memorable natural exotic Costa Rican adventure.

This is an adventurous tour, so you will get dirty and wet. Wear light, quick-drying clothes or bring a change. Bring a plastic bag to carry your wet clothes, too. And don’t forget a bathing suit and towel if you are going to swim in the pool.

This is not the tour for you if you are claustrophobic. It involves moderate climbing, some crawling and wading through flowing river water. Older travelers may not want to climb through the smaller more cramped passageways, but most of the caverns have alternative routes that offer easier access. The guides will offer you the option to choose which routes you want to take.

Cost in US Dollars

$28 per person for private guided tour and gear

$20 per couple for photographer and DVD (optional but highly recommended)

$7 per person for lunch (optional) 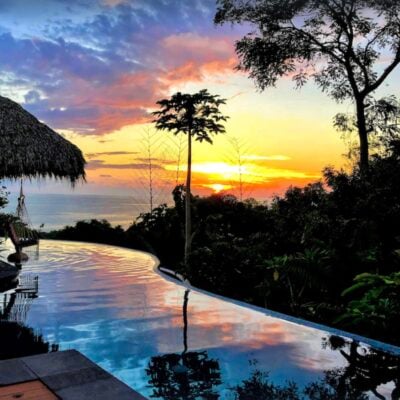 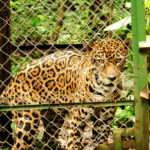 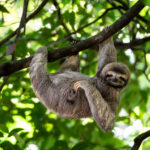