Nicaragua likely isn’t a destination you’ve considered, but it’s quickly becoming the new must-visit destination in Central America. Before you start planning your visit, there are some things you should know.

1. One Of The Poorest Countries In The World

Nicaragua is the second-poorest country in the Americas, next to only Haiti. The country’s total GDP is $10.5 billion. To give that number some perspective, the GDP of the US is around $18.5 trillion. How does that low productivity affect individuals? Statistics show that roughly 75% of the country’s 6,000,000 people live on less than $2 per day.

A poor economy has caused many locals to migrate to places like Costa Rica or Panama in search of work, and working elsewhere while sending money home to family is a popular idea right now. A substantial percentage of the GDP is actually from Nicaraguans that remit money from abroad.

The economy is expected to climb slowly on the back of a strong agricultural and commercial industry. But it’s something to think about if you’re planning to visit: how can you ensure your tourist dollars get into the hands of Nicaraguan workers who could really use it?

Nicaragua still isn’t on the same level as many household-name travel destinations, but it’s been growing steadily. In fact, over the past decade, the tourism sector has seen 10% year-on-year increases.

If you know little of Nicaragua and are wondering what the main draw is for visitors, there are actually quite a few. Corn Islands offers premium scuba diving, backpacking, and beaches. There are also beautiful wildlife reserves, and natural wonders like the Momotombo volcano to hike. If you’re looking for an active(ish) outdoorsy place to spend your vacation, Nicaragua should definitely rate.

Tourism has become so prominent in here that it’s the country’s second-largest industry. In 2010, Nicaraguan tourism broke the threshold of one million visitors. The country plans to boost their economy with tourism, so it might be better to go now before it gets too busy!

3. The Largest Lake In Central America

Nicaragua holds a number of titles, and you can add the largest lake in Central America to the list.

Called Mar Dulce or the “sweet sea” by the Spanish, Lake Nicaragua is 8,264 square kilometers, and is one of the biggest attractions in the country.

It’s one of Nicaragua’s major sources of drinking water. Despite being a freshwater lake, it’s home to sharks, sawfish, and tarpon, meaning you should be careful if you go for a dip!

Lake Nicaragua is actually the only lake that has freshwater sharks, giving the country yet another title.

4. The Oldest City In Central America

Besides great beaches and scenic volcanos, Nicaragua is home to the oldest city in all of Central America. The Ruins of León Viejo date back over 500 years, and it’s another big draw for tourists. It’s located near the famous Momotombo volcano. History tells us that León was a Spanish colonial settlement that didn’t quite develop, and insted ended up laying abandoned for centuries.

It was damaged by Momotombo’s eruption in the 1500’s, but it has been preserved and even moved to maintain its historical legacy. León is officially a UNESCO World Heritage site, and it’s well worth checking out if you’re visiting Nicaragua.

5. See More Stars Than Anywhere Else

Most people love watching the stars, and can spend hours staring at them, trying to decipher the different constellations. If you’re an avid stargazer, you’ll want to visit Nicaragua: of the 88 constellations that exist in the night sky, a whopping 86 of them can be seen vividly if you’re in Nicaragua.

The reason? The sky is very different as you travel from locations near the North Pole and towards the South Pole. The sky in the Northern Hemisphere is not the same as the one in the South, but Nicaragua has a wonderful equatorial location that offers the best view of both hemispheres.

6. Finding Streets Can Be Challenging

As a traveler, it will be no surprise to you that some countries are more difficult to navigate than others. Nicaragua sure hasn’t made it easier for visitors, as there are no official street names in the country.

If you were looking for directions in Nicaragua, you would be given them in relation to various landmarks, such as “across from the Our Lady of Grace Cathedral and take two lefts.”

This likely works better for locals than it does for tourists, but perhaps there’s some charm to the “no street name” rule.

Of paramount importance to visitors and locals alike is safety. Nicaragua is considered by many to be one of the safest countries in Central America to visit.

Every year, the United Nations Office on Drugs and Crime puts out a homicide report, and Nicaragua has fared well with a rate of roughly 11 homicides per 100,000 population in its 2013 report. To compare to a neighbor country in Central America, Honduras had a rate of 90.4/100,000 in 2013.

While that might scare you away from traveling to Honduras anytime soon, it also might make you a lot more comfortable in Nicaragua.

Nicaragua is an amazing place with interesting landmarks and quirks that make up the fabric of the country. While every country has its downsides, the freshwater sharks and the clear starry skies are certainly reason to appreciate and visit Nicaragua’s gems. Just make sure you do it in a sustainable way that helps the Nicaraguan people realize their aspirations as well. 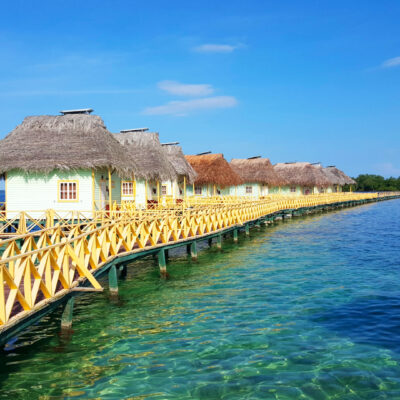 Nicaragua6 Awesome Things To Do In Nicaragua