It’s not just known for the cold! Visitors to Russia will be amazed by the contrast between the county’s urban glitz and its rustic charm. Here are some of the best sights and experiences the former USSR has to offer. Bring a scarf just in case!

Located on the ground floor of the Kempinski Hotel Moika 22 in downtown St. Petersburg, the Beau Rivage offers the best French cuisine in the city and a sprawling breakfast feast as well. Chef Philippe Bossert has created an inventive European menu that folds in plenty of Russian caviar for kick, guaranteeing a memorable guest experience. While at the hotel, indulge in other edible delights, such as high tea with a view from the rooftop!

Sometimes called the “Eighth Wonder of the World,” The Amber Room in St. Petersburg is just what it sounds like – a room constructed out of intricately-carved amber. Built in 1701 for the King of Prussia, it was gifted to Russian Czar Peter the Great in 1716. That meant it had to be taken apart, shipped, and reassembled. (It was moved and renovated a few more times after that too!)

You can imagine how difficult that must have been to coordinate, considering the room contained over six tons of amber and other semi-precious stones until the Nazis looted it in 1941. The Germans relocated it again, but it was lost to history during a bombing. Some believe that the room’s pieces are still around, just in hiding or circulating in Europe’s black markets.

The Soviet government commissioned a reconstruction of the room in St. Petersburg, at the cost of $11 million. It was completed in 2004 after 25 years, and even as a reproduction, it dazzles.

You can’t travel too far in Moscow without being reminded that Russia dominated the early space race in the mid 20th century. At the Museum of Cosmonautics, the Soviet space program is still celebrated. Learn all about Yuri Gagarin – the first man to orbit the planet – and Sputnik – the world’s first satellite.

Unique discoveries await curious shoppers at the Izmailovsky flea market in Moscow. Offering a wide variety of goods from many vendors, you can find Russian dolls, fur hats, and more, such as portable samovars to help you enjoy your Russian tea service on the go. You can also spend hours just window-shopping and people-watching.

Even if you are only looking for adventures that are off the beaten path, you’ll want to check out Moscow’s Red Square, which is probably the most touristy thing one can do in the entire country. Lenin’s preserved body is a must-see for any visitor, if only for the fact that its a marvel of embalming science. The Russian government spends hundreds of thousands of dollars to keep Lenin looking like he’s in his 50s, even though he’s been dead nearly a century.

If your idea of fine dining involves walls dripping with gold, then Turandot in Moscow is right up your alley. Its multimillion-dollar dining room features musicians decked out in baroque outfits playing Puccini as you savor the Asian-European fusion menu. Try the burnt salmon with wild rice chips as a starter, and finish with the decadence of fried Peking duck served with caviar.

Russian tourism is not limited to historical sites. Aficionados of modern architecture will admire the Dominion office building in Moscow. Designed by Zaha Hadid Architects, the building’s exterior and interior are comprised of overlapping layers and shapes that evoke a futuristic M.C. Escher print. The building houses technology and design companies that benefit from the creative inspiration offered by the building’s idiosyncratic architecture.

When the Soviet Union fell in 1991, many of the iconic statues, signs and symbols of the communist nation were dismantled and removed from public areas. These archaic symbols of a lost empire were not destroyed, however, and live on at the Fallen Monument Park in Moscow. Visitors can see the giant sickle symbol of the USSR, as well as statues of Lenin, Stalin, and Dzerzhinsky – the founder of the dreaded KGB.

One of the best things about visiting Russia is learning firsthand about its many peoples. And food is one sure way to explore a country’s cultural richness. In the city of Samara, enjoy the warm comforting delights of Georgian cuisine at Cafe Puri. Khachapuri, a hearth-baked flatbread twisted canoe-like around a filling of eggs and cheese, has been popping up in trendy restaurants in major cities worldwide. In Samara at Cafe Puri, you can enjoy the authentic flavors of the Caucasus.

The first museum in Russia, the Kunstkamera, was established by Peter the Great in 1727. The building houses a Museum of Anthropology and Ethnography, which lays a heavy emphasis on natural oddities such as deformations in animals – a minor obsession of Peter the Great. On the bright side, he sought to advance science instead of superstition and folklore.

The museum also features the Gottorp Globe, a 17th-century predecessor to the planetarium that features the earth’s surface juxtaposed against a map of the stars.

In 1908, an enormous explosion rocked Siberia. It released enough energy to flatten a 770 square-mile area. The ground shook, windows in buildings smashed, and trees were instantaneously either flipped over or stripped of their branches. The tremors were felt thousands of miles away, with some even recorded in North America.

At the time, scientists assumed the explosion resulted from a meteor, however, no impact crater was ever discovered. Scientists continue to study the event, with thousands of research papers published on the topic. The prevailing theory is that it in fact was a meteor event, but the meteor disintegrated in the atmosphere before it could strike the Earth. The shockwave created by the explosion created a vertical line of destruction on either side of the epicenter.

110 years later, visitors can walk the grounds and still see evidence of this dynamic event: forests of uprooted trees and windowless buildings. But the closest village is Vanavara, about 40 miles south of the site.

Imagine traveling all the way to Russia, only to find yourself a few miles from U.S. soil. The Diomedes are a pair of islands in the Bearing Strait between Russia and Alaska. While Little Diomede belongs to the U.S., Big Diomede is part of Russia, and they are separated by no more than a few miles of ocean. Since the International Date Line runs between them, Big Diomede is almost a full day ahead of its Alaskan neighbor. And if you plan to visit, you’ll most likely want to check out the U.S. island, since it is the only one of the pair with an actual village. There you can check out the native islanders’ culture and ivory carving artwork.

One of the oldest ballet companies in the world, the Bolshoi is world-renowned for artistic excellence. The performances inspire and awe with bold, colorful visuals complimenting impressive athleticism and deep emotional expression. Since this attraction is so well known, and its schedule varies with special seasonal performances, it’s best to plan ahead. Tickets are less expensive (not to mention, available) when purchased in advance.

If you’re longing for information about the importance and history of good grooming practices, you might want to check out the Museum of Hygiene in St. Petersburg. It focuses on anatomy and health and was borne out of a communist-era government program to encourage good personal habits. Alongside the wax human models and displays of bacteria and germs is one of Pavlov’s famous dogs, stuffed and on display. Apparently, the dog’s presence is to remind visitors of the habitual nature of all animals, including humans, and how you can never be too old to learn some new (hygiene) tricks.

Cap off your Russian excursion with one of the best restaurants, not only in the country, but in the world. The White Rabbit is world-renowned for its inventive European fare, and the dining room is one of the most exceptional in Russia, offering a glass-domed, sprawling view of Moscow. 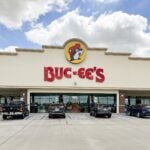 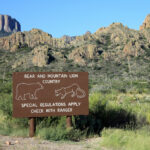 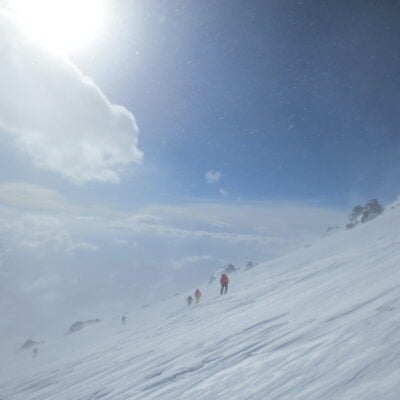 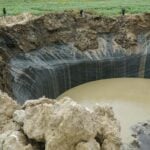