Malaysia’s Batu Caves are home to one of the most important Hindu shrines in the world: a joyful homage to Lord Murugan, who triumphed over the demons in Tamil Hindu lore. The massive staircase that leads to the caves is comprised of bright bands of color. It feels like you’re ascending a rainbow into the chambers of the gods.

The Batu Caves are incredibly easy to get to from Malaysia’s capital, Kuala Lumpur. You can take the Komuter Train’s Laluan Route straight to Batu Caves. Alternately, you can jump into a taxi or Grab Taxi, Malaysia’s version of Uber. Either option takes less than 30 minutes.

Plan to spend a few hours exploring the caves. Bring plenty of water, sunscreen, and some snacks along, and keep these fascinating Batu Caves facts in mind.

The Caves Were Chosen Because Of Their Shape

When Malaysian leader K. Thamboosamy Pillay first saw the Batu Caves in the late 1800s, he was immediately inspired by their shape. To Pillay, the entrance of the main cave looked a lot like Lord Murugan’s spear, and he saw it as a sign that a grand homage to the deity should be built within its caverns.

The Stairs Are Exceptionally Colorful And Steep

Originally, the only way to get to the heart of the Batu Caves was a harrowing journey up 272 rickety wooden steps, but they’ve since been upgraded to sturdier concrete. You still need to ascend nearly 300 stairs, so the highest levels of the caves could be inaccessible for people with mobility issues. That said, there’s still plenty to do closer to ground level.

In addition to their tremendous height, the stairs are now known for their riotous rainbow of different hues, making Batu Caves one of the most colorful tourist destinations in the world. Although controversial among conservators and traditionalists, most tourists embrace the technicolor stairs.

One architect said the stairs, which were painted in August 2018, and the temple are part of “a group of Buddhist temples which had great cultural and heritage significance,” and that the unorthodox paint job threatens the site’s integrity. That said, according to Matador Network reporting, “Temple authorities claim the rainbow-colored stairs are meant to welcome tourists and make Hindus feel more comfortable.”

The Caves Are A Sacred Pilgrimage Site

Tamil Hindus flock to the Batu Caves for Thaipusam, a holy festival celebrating Lord Murugan. Every year, the devoted climb the 272 steps deep into the heart of the caves carrying offerings for the gods — and sometimes heavy shrines. Some pilgrims also pierce their tongues and cheeks to show devotion to Lord Murugan and his father Shiva. Thaipusam is one of the most sacred festivals for Tamils in Malaysia and generally occurs during early February.

Thaipusam takes place on February 8 in 2020. If you visit during this time, you’ll certainly experience a unique and significant side of Batu Caves.

There Are Many Opportunistic Monkeys

One of the biggest challenges that will confront you on the rainbow staircase leading to Batu Caves has nothing to do with their height or the physical exertion required to reach the top. Meet the Batu Caves monkeys. Monkeys love Batu Caves because tourists feed them, so they’ll hang around the staircase waiting for the opportunity to grab a quick snack. Watch out — they might also reach for your cell phone or bottle of water! Monkeys are common in Kuala Lumpur, and while they can be pesky, they’re seldom threatening.

If you’re careful, you could even snap a picture of one of these mischievous macaques!

The Caves Boast The Largest Lord Murugan Statue On The Planet

Batu Caves are home to the biggest Lord Murugan statue in the world. Towering over the cave system at 140 feet high, this massive gilded Hindu deity will take your breath away.

The Cave System Is Composed Of Many Temples

Plan to spend several hours exploring the many temples tucked away in the Batu Cave complex. The biggest and most extravagant cave is Temple Cave. Ramayana Cave pays homage to Hanuman, the Hindu monkey deity. The Cave Villa is full of artifacts and statues and is one of the biggest draws of the temple complex.

They Were Once A Treasure Trove Of Guano

Batu Caves have always been valuable in one way or another, and before they became one of the most popular Tamil Hindu shrines in the world, they were a plentiful source of guano. That’s right, bat poop. Guano has long been used in fertilizer and remains a critical material today. Before the Batu Caves were transformed into a religious sanctuary and tourist destination, they were regularly scoured by locals looking for this coveted resource.

A Rare Spider Lives In The Dark Cave

The incredibly inky Dark Cave inside the Batu Caves complex lives up to its name, and when it’s open for tours, you can go hunting for one of the rarest spiders in the world, a type of trapdoor spider that only lives in select environments. You won’t find golden decorations or shrines in the Dark Cave; instead, this secluded system has been left in its natural state.

Malaysia’s Batu Caves are a bucket-list-worthy destination. This spectacular religious site is easily accessible from Kuala Lumpur, so there’s no reason not to go be amazed by the beautiful Batu Caves if you’re touring Southeast Asia.

If you want to see one of Malaysia’s loveliest places ahead of the curve, here are four reasons why Penang needs to be on your bucket list. 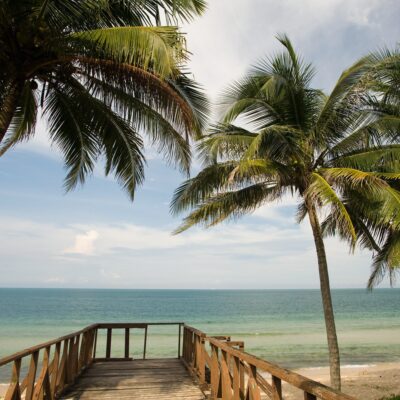 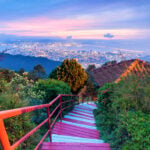 Malaysia4 Reasons Why Penang Needs To Be On Your Bucket List 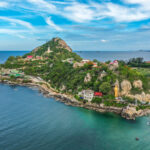