It Could Soon Cost $1,000 To Visit Komodo National Park — Here’s Why

Komodo National Park in Indonesia is home to the famous Komodo dragons. Komodo populations are in danger, and to protect their habitat, the local government is stepping in and assembling a plan to save the reptiles.

The government has proposed charging tourists $1,000 to see the dragons for themselves. The price tag will fund conservation efforts.

Read on to learn more about the incredible Komodo dragons, why the reptiles are in danger, and what the government is doing to protect them.

The Magic Of Komodo National Park

These creatures have set up camp on Komodo and Rinca, the two islands that make up Komodo National Park. About 1,700 of the reptiles live on Komodo, and 1,000 live on Rinca.

The park has become a popular tourist attraction over the years. In 2018, almost 200,000 people visited to see the Komodo dragons in their natural habitat. Previously, admission to the park only cost $10, but that might soon change.

Why The Komodo Dragons Are In Danger

The dragons are in danger for several reasons. It’s speculated that a drop in the deer population on both islands has contributed to the declining population of Komodo dragons. What’s more, some of the dragons have been stolen and sold for roughly $35,000 around the world for medical purposes.

How The Government Is Helping

In early 2019, the local government announced that the park would close for all of 2020 so that scientists could keep a close eye on the Komodo dragon populations. The park hoped that the break would allow the mating and hatching processes of the dragons to flourish once more. The decision was controversial, however, because the closure would put a severe dent in the area’s annual revenue.

The money will go directly toward conservation efforts. In addition to the annual membership system, the government is also considering a lottery system with less expensive tickets for tourists traveling on a budget.

Other Changes In The Works

The staggering membership fees aren’t the only changes coming to Komodo. There are also plans to create a Komodo Research Center and enact stricter regulations for yachts and cruise ships.

The government has pledged $7 million to protect the national park and its gigantic inhabitants.

Nothing is set in stone yet, so we will keep you posted with any updates. And, if you can afford the hefty price tag, take a look at our list of things to do in Komodo National Park. 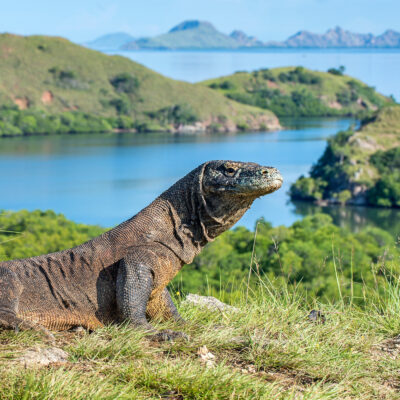 KomodoTop Things To Do At Komodo National Park