7 Popular Kansas City Barbecue Restaurants And Where To Find Them

The smoky smell of meat on the fire greets you as you walk into any Kansas City barbecue joint. The scent touches a primal part of your being, and your mouth starts to water as you consider your choices: burnt ends, ribs, brisket, chicken, turkey, pulled pork, sausages, and even ham. Texas has its brisket, Saint Louis has its ribs, and Carolina has its pulled pork, but Kansas City barbecue comprises all meat. As Carolyn Wells, cofounder of the Kansas City Barbeque Society, put it, “If it moves, we cook it.”

Still, Kansas City has a specialty of its own — burnt ends. After hours of smoking, these once-discarded pieces of meat are crispy and smoky on the outside and tender on the inside. This menu favorite sells out all over town, but Arthur Bryant’s Barbeque, where the trend started, remains king in many people’s opinion.

Kansas City barbecue dates to the 1920s, when Henry Perry fired up a smoker in an old streetcar barn and sold his smoked meat wrapped in newspapers. Since then, the tradition has expanded to include more than 100 restaurants serving barbecue in the Kansas City area.

Kansas Citians are particular about their barbecue. Heated debates abound about which barbecue joint is the best, but most residents agree that barbecue restaurants should be judged by their meat, their rub, their wood, and their sauce. On those counts, the classic barbecue joints — Arthur Bryant’s, Gates, and Jack Stack — won’t disappoint. But there are some worthy new contenders on the Kansas City barbecue scene, too. We’ve included both old favorites and highly rated newcomers on our list of popular Kansas City barbecue restaurants you must try on your next visit to the Barbecue Capital of the World.

Ask a Kansas Citian where to take out-of-town guests for barbecue, and you’ll hear, “Arthur Bryant’s on Brooklyn Avenue.” Arthur Bryant moved his barbecue business to the Brooklyn location back in 1958, and not much about the barbecue or service has changed since then. Bryant, who passed away in 1982, was one of the city’s most famous pit masters; he was known as “The King of Ribs.” While you’re there, you’ll want to try a slab of the restaurant’s famous ribs (and don’t forget the barbecue sauce, which has been recognized by the likes of Harry Truman, Jimmy Carter, and Barack Obama). If you can’t make it to the original location downtown, there’s another location at the Legends at Kansas Speedway.

With six locations in the Kansas City area, Gates Bar-B-Q has come a long way since 1946, when founder George W. Gates decided that opening a restaurant would be better than working for the railroad. The original location at 19th and Vine was the beginning of what is now a thriving restaurant chain.

Nostalgia keeps many Kansas Citians returning to Gates. “Gates was the first barbecue I ever tasted as a kid, so it is a sentimental favorite for me,” said Ron Scott, a Kansas City resident.

Kansas City native Carol Henderson said of Jack Stack, “My husband and I were just saying that there is no better barbecue place in Kansas City than Jack Stack. It is one of the only barbecue places that you can go for a nice evening with out-of-town guests or just with friends.”

The Newer Smokers In Town

The originals may be popular, but new favorites are still being made.

Although sisters Mary “Shorty” and Deborah “Little” Jones have been cooking up delicious barbecue for 40 years, they found themselves in the spotlight recently when they were featured on Netflix’s Queer Eye. After the show aired, Jones Bar-B-Q posted a photo of its Sweet & Tangy Sauce to its Instagram account. The caption accompanying the photo reads, “Let’s talk about the sauce. As of yesterday morning, we sold 11,000 bottles. We averaged 1.7 bottles per minute this weekend.”

At Jones Bar-B-Q, food is prepared fresh daily, and in the words of the Jones sisters, “when we run out, we run out.” So go ahead and add Jones Bar-B-Q to your must-try Kansas City barbecue list — but make sure you get there before it runs out.

Many consider the burnt ends at LC’s Bar-B-Q the best in Kansas City. You’ll find just a handful of tables crammed into the small dining space, which was opened near the Truman Sports Complex in 1986. But you won’t notice the lack of elbow room while chowing down on the barbecue joint’s legendary ribs — or trying one of the huge meat sandwiches. And LC’s is known for its side dishes — red beans and rice, fried mushrooms, and potato salad — almost as much as it’s known for its smoked meat.

“I love the sauce, the way the meat is cooked, and the variety and types of sides,” said Kansas Citian Consuelo Cruz.

It only takes one visit — be sure to sample the Ribs & One Meat Dinner (three ribs plus your choice of pulled pork, brisket, turkey, ham, sausage, or chicken) — to see why the late Anthony Bourdain named Joe’s Kansas City Bar-B-Que one of the 13 places to eat before you die. At the original location, an old gas station, lines go out the door, but the service is quick and the food is worth the wait. On the Kansas side of the city, you can visit the Leawood or Olathe location.

Joe’s food can be enjoyed by your non-meat-eating friends, too. When asked about her favorite Kansas City barbecue joint, Elizabeth Duke said, “Joe’s. They have the only smoked portabella mushroom sandwich — great for those who don’t eat meat but like to be with their families!”

One of the newest contenders, Q39, burst onto the Kansas City barbecue scene in 2014 at its Midtown location on 39th Street. Chef Rob Magee opened the restaurant to provide what he calls “chef-driven barbecue.” A 15-year contender in the barbecue competition circuit, Magee offers barbecue made from scratch and plated like fine cuisine — an entirely new version of the Kansas City staple. For something different, try the Burnt End Burger, an 8-ounce hamburger patty topped with burnt ends, classic sauce, and Q39 rub; smothered in spicy pickle slaw; and served on a bun.

You can find Q39 in Midtown and Overland Park. 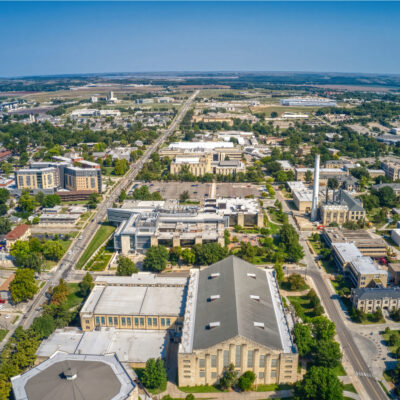 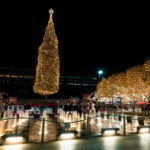 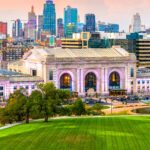 Kansas CityVisiting Kansas City: The Best Things To Do In Or Near Union Station 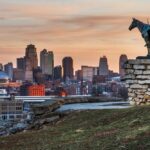 Kansas City10 Reasons To Visit Kansas City Besides The Barbecue