A Comet Not Seen From Earth In 50,000 Years Appears This Month — How To See It

It won’t be the most spectacular — or even the brightest — celestial event in January’s night sky, but if conditions are favorable, stargazers will have a once-in-a-lifetime chance to see a previously unknown comet as it travels past Earth.

Here’s why you will want to keep an eye out for a bright green comet known as C/2022 E3: The last time the comet would have been seen from Earth was approximately 50,000 years ago, according to Space.com. Amazingly, after C/2022 E3 comes within 28 million miles of Earth on February 2, its orbit will take the comet out into deep space – never to be seen from Earth again.

About the “size of a small town,” a comet essentially is a snowball made of frozen gasses with embedded rock and dust particles, NASA explains.

As a comet nears the sun, it warms up and its ice begins to change from a solid to gas. This produces what’s known as a “coma,” which is the fuzzy-shaped cloud surrounding the ball of ice. The coma, by the way, can be thousands of miles in diameter.

That radiation pressure — or solar wind — then “blows” the expanding coma out to form the long tail that gives comets their distinctive shape.

Now, about that name.

Astronomers Frank Masci and Bryce Bolin discovered the comet using the wide-field survey camera at the Zwicky Transient Facility at the Palomar Observatory in Southern California on March 2, 2022, NASA explains.

Interestingly, astronomers divide months in half — days 1 to 15 and days 16 to month’s end — in what’s known as “half months” to name newly discovered solar system bodies such as comets and asteroids. These half months are then labeled as the successive letters of the alphabet. Early March is designated “E.”

After further observations, astronomers calculated that C/2022 E3 would have last been seen from Earth 50,000 years ago. Those calculations also show that C/2022 E3 doesn’t have a closed orbit, which means the comet will leave our solar system and then make its way out into deep space.

The good news is that C/2022 E3, which has a bright green nucleus, will pass within 28 million miles of Earth on February 2. If conditions are favorable, you’ll definitely be able to see the comet with a telescope or binoculars, and possibly even with the unaided eye, according to NASA’s Jet Propulsion Laboratory.

At about 1 a.m. CST on January 22, C/2022 E3 will be below the Big Dipper for observers facing northeast, according to astronomy site EarthSky.

Then, on January 28, at 10 p.m. CST, if you face north, the comet will appear to the right of Polaris, known as the North Star. Polaris is located at the end of the Little Dipper’s “handle.”

Finally, another chance to quickly locate the comet in the night sky will be to first look for Mars on February 10. That’s because on that night, C/2022 E3 will be very close to Mars, which will be bright and appear an orangish-red color, Space.com explains. You can use Time and Date’s Interactive Night Sky Map to see where Mars will be positioned in your local time on February 10.

You can use illustrations on EarthSky made by Eddie Irizarry using Stellarium astronomy software to see how C/2022 E3 will appear in the night sky.

Since you’re thinking about the night sky, be sure to also read our stargazing content, as well as: 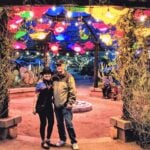 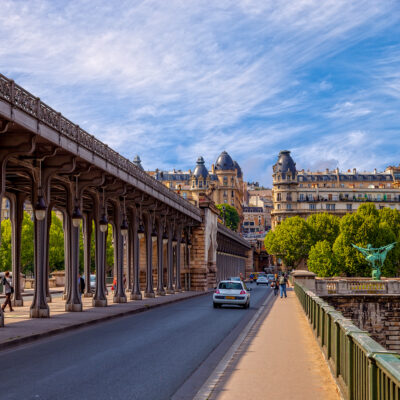