I Hate Waking Up Early, But Being First In Line For This Tour In Rome Was Totally Worth It

When the alarm went off, it was still dark outside. Peeking out of my window in Rome’s old town, the yellow light from the streetlights reflected in the shiny cobbles, as if it had rained. Not a soul was awake, except me and my excited husband. Way too excited for the time of day, if you ask me.

We were up at 6 a.m. to head across the Tiber to meet up with a GetYourGuide walking tour that had promised us first-in-line access to the Vatican, and more importantly, the Sistine Chapel. I was sincerely hoping this early-bird approach would be worth it.

A Meeting Point Perfect For A Quick Breakfast

Meeting at the kiosk on Piazza del Risorgimento, I registered with our guide, Julia, and had time for a coffee and cornetto before the tour. It quickly became obvious that ours was not the only “first-in-line” group, as more and more people met up with various guides and started walking toward the entrance to the Vatican museums, roughly a 10-minute walk from the piazza.

Learning While Standing In Line

Getting to the entrance of the Vatican museums, which open at 8.30 a.m., I was beginning to wonder why we had to get up so early, but to be fair, we might not have been the first in line but had only about 50 people, organized into various tour groups, ahead of us. Julia explained the ins and outs of the Sistine Chapel’s glorious ceiling painted by Michelangelo, with the help of pictures. She gave us the story of the images and history of its creation while we waited in line. She would not be allowed to give a talk within the chapel itself, so this was making good use of the time we stood in line.

A Quick Overview Of The Vatican Museums

A quick change-over of audio guides and we were in. Now my dilemma started. The Vatican museums have more than 70,000 paintings, sculptures, and art on display. There is a beautiful garden with modern pieces of art, stunning architecture, and many windows to peek out of. But we rushed past the vast majority of them. We were on a quest to get to the Sistine Chapel, before everybody else, after all. But it was a perfect opportunity to take note of a few areas for the next visit.

Catching A Raphael Or Two Along The Way

Julia luckily had a penchant for Raphael, the rival of Michelangelo while they were both working at the papal palace at the same time (can you imagine?), so we tended to stop a few times to look at various paintings whose size, skill, and history blew our collective minds. However, whenever we stopped for too long, and another group caught up with us, we rushed onward.

Finally, we got there. After walking through amazingly beautiful corridors, down and up stairways, stopping for the odd piece of history or art, there it was: The Sistine Chapel in all its glory. It was just after 9 a.m. by then, and we were certainly not the first. But, Julia assured me, you never get the chapel to yourself, the only way to have a chance at being nearly alone is to opt for the Keeper of the Keys Tour, which allows you to follow the person who opens all the doors in the morning. However, that tour costs a small fortune. It is hundreds of dollars per person and it starts even earlier. So, this tour was the closest thing to being first. There were few enough people to be able to stand and stare at the ceiling for as long as you wanted to without being in anybody’s way. So, all in all, it was a success, and worth getting up for.

Surprise Treat: There Is Modern Art

After we had our fill of this stunning, but much smaller-than-expected chapel’s ceiling, we meandered out, the rush forgotten, stopped for a few other highlights — did you know there were paintings by Picasso, Van Gogh, Dali, and even Francis Bacon here? I did not expect to see those among the Raphaels — before heading past the Swiss Guards in their pretty striped uniforms into St. Peter’s.

The largest church in the world (by interior measure), probably the most famous church in the world, resides at the end of the huge St. Peter’s Square. It is one of the largest squares in the world, and for Catholics, one of the holiest places in the world. This is a sight of superlatives. Yes, I had been here before, and yes, the entrance to this church is free, but somehow the sheer size and magnificence of it made me nearly forget the Sistine Chapel. The breathtaking work of Michelangelo, the Pieta, managed to make me completely forget about the ceiling he painted, however great, which is a bit of a shame. You’ve got to give it to him, he might have been a bit full of himself, but he had a valid reason to believe in his skill.

After having a look around the interior of the church, the guide left the group and we were free to roam, but alas, unable to get back into the museum itself.

Totally worth it. It truly was wonderful to see the Sistine Chapel, and while there were plenty of other people there, it was not by any stretch of the imagination overcrowded.

Would I do it again and recommend it to others? Yes. Certainly. However, come back again on another day. Otherwise, your brain will burst. Get a normal ticket to the museums and take your time looking at the thousands of little and large exhibits you rushed past in the morning and ignore the chapel. These museums are so huge and stuffed with amazing history that they will take several visits to truly appreciate.

As long as you are aware before, which I was not, that you will be rushing by some mind-blowing art without having the option to linger and just accept that you will have to come back again later, this is a worthwhile tour option. Just get up early, focus on the Sistine Chapel, and enjoy all the stops in between as a bonus. Then, let Michelangelo’s incredible talent wake you up. Who needs espresso?

For more information on traveling to Rome, check out these articles: 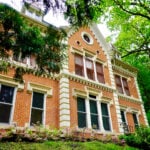 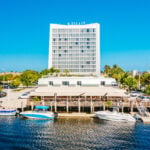 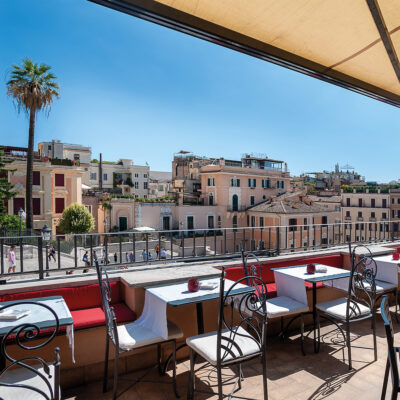 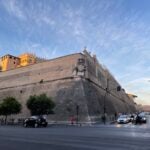