Who doesn’t love an island? The more remote and undiscovered the better! An island getaway is the perfect place for peace and quiet, reconnecting with yourself, and letting your troubles melt away. But, while there are many well-known and frequently visited islands out there, don’t forget to look a little further afield for those beautiful, lesser-known islands that many vacationers overlook.

For solitude, forget Santorini, Tenerife, Capri, or Ibiza. Take a short stroll through the streets of Oia in Santorini before sunset, for example, and you’ll experience first-hand the crush of overtourism. Santorini is just one of many places suffering from an excessive onslaught of tourists. Cheap flights, the rise in home-booking services like Airbnb and Vrbo, as well an increase in cruise ship numbers have all been factors in the meteoric rise in tourism these islands have experienced.

But it doesn’t have to be this way! Avoid the hordes of people clambering over one another for that Instagramable holiday snap and take the road less traveled on your next European vacation. Explore the unknown and head somewhere off the grid to one of these enchanting crowd-free islands.

Instead of Santorini, why not try the relatively unknown island of Andros? It’s tucked in close to the Greek mainland, just over an hour from Athens by ferry. Andros is the most northern and second-largest island of the Cyclades — the same group that encompasses Santorini and Naxos. Andros is awash with beautiful landscapes dotted with springs, streams and waterfalls, working watermills, quiet villages, and superb sandy beaches. This is a walker’s paradise with miles of ancient shepherd-stoned pathways, unspoiled countryside, and the ramshackle, whitewashed villages that the Greek islands are known for. Relatively untouched by tourism, Andros offers a true Greek experience with lots of local flavors and color.

If you are interested in hiking, check out the Andros 100km Route, a 62-mile continuous trail extending from north to south, averaging 3–4 hours of moderate-to-difficult walking daily for 10 days. The trail crisscrosses the island’s mountain ranges and passes through beautiful landscapes. You will also stay the night in different Andros villages along the way. If walking isn’t your thing, the island’s Museum of Contemporary Art (MOCA) is worth visiting for its summer exhibitions, featuring the works of artists like Picasso and Matisse.

Pro Tip: August is a fairly busy month on the island, like most Greek Islands. It’s particularly popular with Greek families during July and August, as it’s close to Athens and ferry tickets are cheap. September onwards is no longer considered the “tourist season.”

There’s a common perception amongst many that the Mediterranean is full of tourist resorts and finding a quiet corner to yourself is nigh on impossible. This might seem like the case in Croatia, where the main resort areas of Dubrovnik, Split, and the islands in between seem to get more and more crowded each year — not helped by fans of Game of Thrones!

Instead, how about a visit to the small island of Lošinj? It sits on Croatia’s north Adriatic Coast. This long, thin, unspoiled island is — thanks to local botanist Ambroz Haracic who planted 80,000 pine trees more than 120 years ago — renowned for its miraculous healing properties (particularly for those with lung and respiratory conditions). Free from pollution, the air is filled with the scent of herbs, which you can quite literally smell the minute you step foot on the island.

With Lošinj, you are quite literally getting two islands for the price of one. Lošinj and its neighbor Cres used to be one island, until the Roman era when an artificial canal was dug between them. Lošinj is where the Austro-Hungarian Emperor Franz Josef I used to spend his holidays. The island also has the gorgeous and luxurious five-star Boutique Hotel Alhambra.

You can also beaches, the best of them being in Cikat Bay. Cres, on the other hand, linked by the bridge to Lošinj, is wild and timeless. Its Venetian harbor is a mix of medieval churches and old mansions. And to the north, there’s a network of paths through wooded valleys where Croatia’s last griffon vultures can be seen soaring overhead.

Pro Tip: Venture out of town for a hike up St. Ivan’s Peak, the island’s highest point. The path is pretty steep, but the views were stunning from the top, stretching across to the neighboring islands and even as far as Italy.

This 7-mile-long sand bar island a few hundred yards off the mainland is where the Portuguese go on holiday, drawn in by some of the best beaches in the Algarve. Ilha de Tavira is sometimes referred to as the jewel of the Ria Formosa — a vast lagoon system that stretches for 37 miles along the coast of the eastern Algarve. Bring your binoculars as the protected marshes of Ria Formosa are home to flamingos in autumn. You might want to bring some snorkeling gear to see seahorses as the area is home to one of the largest communities of seahorses in the world.

Being a sandbar, the entire island is basically a beach, though nominally divided into four sections. The biggest and most well-known beach on Ilha de Tavira is named after the island itself, Praia da Ilha de Tavira. The white sand beach stretches for nearly 2.5 miles before it blends into the next beach, Praia da Terra Estreita, which never feels crowded, even at the height of the summer season. The next beach is Praia do Baril with access from the mainland via a large floating bridge, which you can either walk over or ride the picture postcard toy train. Praia da Barra da Fuseta is on the mostly deserted western tip of Ilha da Tavira, and it’s here that the small island feels very remote.

Because the island is within the protected area of Ria Formosa Natural Park, the building of new houses, and the selling of existing ones, is not permitted. Whilst there are cafés, bars, and restaurants, unfortunately, the only accommodation available on Ilha de Tavira is a small campsite only open in the summer. If you’re looking for something more substantial than a tent, your closest options are in Tavira town on the mainland. For somewhere with equal parts luxury and charm, consider Pousada Convento Tavira near the city center. It’s a five-star hotel on the grounds of a 16th-century convent. For something a little quieter, try Vila Gale Albacora, a luxurious hotel and spa on the grounds of a former tuna factory.

Pro Tip: When staying in the area, try bacalhau, a Portuguese specialty of salt cod stew layered with potatoes, hard-boiled eggs, onions, olives, and lots of olive oil — all baked in the oven.

Saaremaa, Estonia’s largest island, is a 1,000-square-mile chunk of rock off Estonia’s western coast. It’s covered with pine forests and juniper groves and dotted with tumbledown windmills and ruined churches. The island is great for hiking, cycling, or driving whilst looking at old churches and searching for crumbling fortresses.

Visit one of the island’s numerous festivals. There’s one for every interest, ranging from food to chamber music, rally cars to running, and midsummer bonfires to music. During the week of the Saaremaa Opera Festival, a huge opera tent appears in the castle yard complete with red carpets, white chairs, huge chandeliers, and well-stocked cocktail lounges — everything that an opera house needs! If all this “festivalling” sounds a little too hectic for you, then perhaps take your time to wander the dusty rural roads along the coastline, or find an empty beach and relax.

Thanks to the mild climate and lime-rich soil, Saaremaa has very diverse flora and fauna. Nature enthusiasts and hikers alike should explore the trails at the Viidumäe Nature Reserve on the western part of the island, and also visit Vilsandi National Park. Vilsandi is home to a large colony of gray seals, as well as thousands of migratory waterbirds and beautiful wild orchids. Those interested in geology will find outcrops of limestone containing fossils and fossilized corals.

Although easily accessible from Istanbul, Bozcaada is a corner of Turkey that mass tourism seems to have forgotten. Over the centuries, wave after wave of invaders have washed up on these shores, yet the island’s natural beauty remains unscathed. The island was — at various points in time — occupied by Pelasgians, Phoenicians, Athenians, Greeks, Persians, Alexander the Great, Byzantines, Genoese, Venetians, and Ottomans. There are graves from these groups on the island that date back to 3,000 BC. For history lovers, Bozcaada — formerly known as Tenedos — was mentioned several times in the Iliad. The island is only a short distance from Troy — as in the Trojan War — and it was from Bozcaada’s beaches that the infamous Trojan Horse was launched.

No visit to Bozcaada would be complete without experiencing at least one of the island’s six wineries. The older three are located in the town center, while the newer ones are located outside the town. A third of the island is covered with vineyards and some of Turkey’s most award-winning wines come from here. Renowned brands include Corvus, Athol, Amadeus, and Talay. They can all be found at one of the many island wine boutiques. Project Expedition offers a guided day tour of Bozcaada that includes a visit to the award-winning Corvus vineyard.

If you are looking for a place to stay, try the charming Kaikais, or perhaps Rengigül Konukevi, a traditional Greek home turned quaint hotel. It has one of the best breakfasts on the island.

There you have my suggestions for some of the lesser-known island destinations in Europe. I hope they inspire you to head somewhere a little different on your next European vacation.

Our TravelAwaits writers are no strangers to Incredible island getaways: 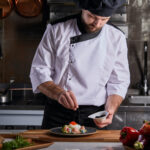