Samantha Priestley
All products featured on TravelAwaits are independently selected by our writers and editors. We may earn commission when you click on or make a purchase via our links.

Weissenstein Castle, one of the main filming locations from the hit Netflix series The Empress, is opening its doors for a truly grand stay. The remarkable palace is getting ready to welcome guests to a sumptuous suite, which has been given an imperial makeover that will transport guests back in time to the late 19th century when Empress Elisabeth was at the height of her fame.

Located in Pommersfelden, Bavaria, Weissenstein Palace is steeped in a rich heritage and is widely considered to be one of Germany’s greatest Baroque buildings. The historical palace features prominently in Netflix’s The Empress, where it serves as Sisi’s principal royal residence. Host Countess Benedicta von Schönborn-Wiesentheid shared why she decided to list her family’s home on Airbnb, “Empress Elisabeth, fondly nicknamed Sisi, is an all-time favorite historical figure: a sportswoman, fashion icon, traveler, poet and tragic heroine who fell to an assassin’s blade. As she was born in Bavaria, it’s both exciting and fitting to bring this legendary woman home and share a little glimpse into her world.”

The Netflix Series The Empress

When rebellious Elisabeth, “Sisi”, meets Franz, Emperor of Austria, the young couple’s extraordinary love completely jumbles the dynasty’s power structure. After the wedding, the young empress not only has to find herself in a world that is strange to her but also has to assert herself against Sophie, her mother-in-law, who had been the most powerful woman in court. Franz’s unpredictable brother Maxi, who had always stood in the shadow of his powerful brother, turns Sisi’s emotional world upside down. While enemy troops are forming at the borders of the Habsburg empire, a new revolution lies in the air in Vienna. Elisabeth has to find out who she can trust and what it costs to become the empress and figure of hope for an entire nation.

Weissenstein Palace has been occupied by the same family since its construction in the 18th century: the House of Schönborn. Host Countess Benedicta von Schönborn-Wiesentheid will welcome guests to the palace and lead them through the magnificent entrance hallway to their grand suite. The suite has been given an imperial makeover in the sumptuous style Sisi would have been very familiar with. Located in the west wing of the palace, the suite is normally exclusively reserved for the Schönborn family. During their stay, guests will be given an exclusive tour of the house, seeing parts of the buildings that are closed off to the public, including the ornate “shell room” where a Sisi-inspired dinner and breakfast will be served.

As Sisi would have celebrated her 185th birthday this year, aspiring emperors and empresses can request to book this exclusive stay for $183 beginning November 2nd on Airbnb. There are two individual bookings available, on June 19th and on June 20th, 2023. Each booking is suitable for up to a maximum of two guests.

For more information on traveling to Germany, check out these articles: 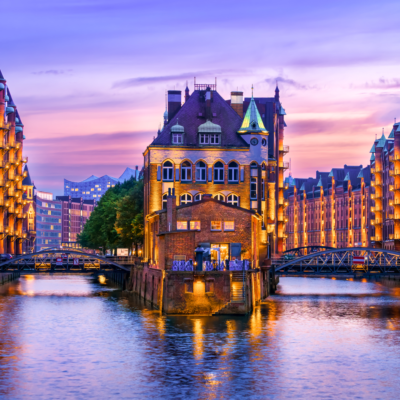 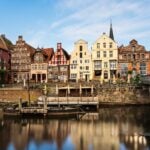