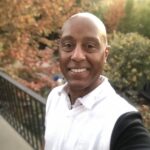 When I was asked about some of the questions passengers have asked me, I chuckled a little. As a retired flight attendant, I’ve been asked serious, important, and sometimes strange questions. And I promise you, I have been asked every single one of these questions more than once!

Flying can invoke many curiosities. Some are understandable, especially when they are from small children or a first-time passenger. But others really make you shake your head. While I’ve had plenty of sweet moments with passengers and a few surprising ones, these are some of the oddest but most common questions I’ve been asked throughout my flying years.

1. How Do You Roll The Windows Down?

I thought I had this question covered. A young woman hit her call button and asked how to roll down the window. I assumed she meant the shade, so I explained to pull down the little lever on the shade or push it up. But I was mistaken. This not-so-frequent flyer said she meant the actual window. I politely answered that it was not possible. If she were able to open the window, we would lose cabin pressure and that would be the end of her flight. My answer seemed to satisfy her, but I secretly think she still wanted to roll down the window.

2. Why Doesn’t The Bathroom Door Work?

The bathroom door clearly states push, but for some reason, passengers tend to pull it. Here is a typical exchange on nearly every flight:

Passenger: How do you open the bathroom door?

Me: Just push the door open

Passenger: Where do I push?

Me: Where it states for you to push.

After this exchange, I go over and push the door open for them. All ends well. But remember to push, not pull, next time you fly.

3. Where Is The Microwave?

Once through security, you can bring all sorts of food on the plane. Sometimes, it’s cold and would taste better when heated up. A passenger hits the call button and I proceed to go see how I can help them. They ask me where we keep our microwave so they can heat up their food, or sometimes, where is the fridge to keep their food cold. I have to politely tell them that the plane does not have either for personal use. My suggestion would be to eat the food when it’s hot or just wait to eat until you get off the plane.

We all know flights can be delayed. This is especially stressful when you are trying to catch a connecting flight. Another common question I’ve been asked is if I can call ahead to let the connecting flight know we are running late. Well, they already know, but unfortunately, they won’t hold the plane. These types of situations are out of everyone’s control, so you just need to go with the flow. I usually try to make light of it and suggest they enjoy spending the night in a new city.

If your pet and its carrier can fit under the seat, you can bring them into the cabin with you. There are also different rules for service dogs. But if your furry friend doesn’t fit, they have to go in the climate-controlled cargo hold under the plane. Unfortunately, you are unable to check on them, so give them a big hug because you can’t see them again until you land. There is not a secret door for passengers to go check on Fido or Fluffy.

6. How Soft Are Those Clouds?

I do have to start this question out with one caveat: He was a newish teenage passenger. I was walking by and he stopped me and asked the question. Without laughing, I had to politely give him a little meteorology lesson. Sometimes I think people “wonder” out loud, or at least I hope that’s what this was.

7. Will I Get Sucked In When I Flush The Toilet?

This question is most common among kids. Let’s face it: The toilet is loud and it can seem like you’re going to get sucked right out of the plane. But as far as I know, no one has ever gone down the toilet bowl. I’ve had some parents flush it to lessen the fear.

There are many more interesting questions I could share, but these are some of the most common. I wish I was joking with some of these but you can’t make this stuff up. 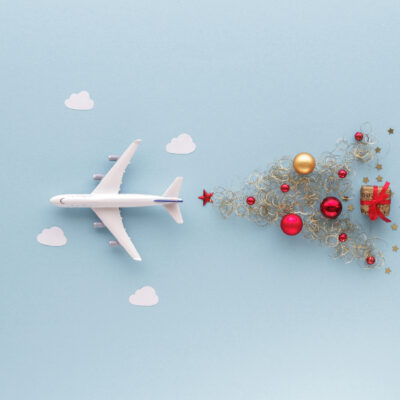 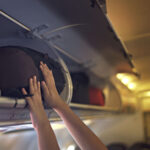 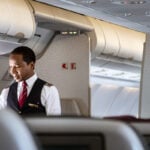 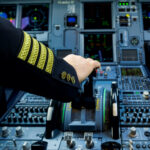