Really getting to know a place while on vacation involves learning about its people, culture, and history. A terrific way to inject a bit more of that local lore into your travels is to home-base at a hotel with deep roots in its city or region.

It’s especially fun to stay in repurposed spots — accommodations that had a previous life with a different purpose. From former houses of worship to city halls and everything in between, their redesigns range from fun and whimsical to grand and luxe. Despite the broad scope of feel and experience, there’s nothing like staying in an upcycled hotel with a few fascinating stories to tell. Here are nine of our favorites:

Used To Be: Home Of The Portland Press Herald

Located in Portland’s famed Old Port District, the Press Hotel is housed in the former home of the Portland Press Herald. The renovated building oozes comfort and style, and you will quickly get a feel for the newsroom theme once you enter. At the front desk, you’ll see an art installation made of letterpress pieces, and the lobby bar is aptly named Inkwell. There’s also an on-site gallery featuring local artworks including a two-story piece crafted from vintage typewriters called the SWARM, which depicts the manic pace of the former space.

The rooms feel like vintage writers’ dens, including a journalist’s desk and newsroom references. Guests especially love the floor-to-ceiling marble bathrooms and UNION, the hotel’s restaurant that serves up regional favorites in a posh setting.

Used To Be: A Church

Tucked into Washington, D.C.’s historic Adams Morgan neighborhood — chock full of cafes, pubs, and boutiques — this hotel experience will take you to church, quite literally. Built to house the First Church of Christ – Scientist, LINE DC took full advantage of the bright, airy space, and transformed it into a new kind of sanctuary travelers love — myself included.

Design is key in both shared spaces and individual rooms, with a clean, no-fuss, but luxe feel. Original pieces were preserved, including the church’s gorgeous vaulted ceilings, brass details, and my favorite, the hymn board. The rooms are bright and comfortable; you’ll feel like you’re staying in a funky, upscale living room rather than a ho-hum standard-issue suite.

Used To Be: Fast Food Heaven

Graduate Nashville is part of the trendy Graduate hotel collection. Each property is built near a college campus, with its own quirky feel and design. Situated in Nashville’s Midtown neighborhood, Graduate Nashville is within walking distance of Vanderbilt University and the Lower Broadway District.

The land where the hotel was built used to be home to two fast-food chains, Taco Bell and Checkers. As any college grad could easily imagine, the two restaurants were a staple in the Vanderbilt community. While gone, they are certainly not forgotten. Graduate installed a bright, bold pair of pop art-styled logos for Taco Bell and Checkers above the lobby sofas to pay homage to the site’s humble but beloved beginnings.

Used To Be: A Jail

Step into the iconic Liberty Hotel near Boston’s famed Beacon Hill neighborhood, and you might have a strange sort of sensation. The front lobby, while ornate and lovely, feels a bit like a scene from The Shawshank Redemption. With its soaring atrium and catwalks, it has a distinct cell-block sort of feel… but it presents it honestly. That’s because the Liberty used to be one of the city’s largest jails.

Completed in 1851, the Charles Street Jail housed some of Boston’s most notorious names in crime for more than 100 years. In 1973, it was the scene of a prison revolt that ultimately ended up in the shuttering of the facility as it was deemed unfit and violated the inmates’ Constitutional rights. The prisoners were all transferred out, and the building was eventually developed and transformed into one of Boston’s most beautiful and unique places to stay.

Keep an eye out for prison items preserved in the design, including jail cells in the hotel’s restaurant and wrought-iron window details. The former prison yard is also a focal point, as it now serves as the Liberty’s gorgeous courtyard.

Used To Be: City Hall

If you’re looking for accommodations that will truly have you in the middle of everything in London town, consider the County Hall. This grand building is located on the South Bank, within a stone’s throw of the London Eye, and right across from Big Ben and Parliament. It does not disappoint. Given its stellar location, it should come as little surprise the County Hall once served as London’s city hall.

In 1922, King George V and Queen Mary opened the landmark as the headquarters of the local government in London. This place has played host to many important moments in British history. Now, you can stay in the center of it all!

County Hall’s luxe guest rooms and suites feature plush bedding, beautiful marble bathrooms, and an orange chair included in each suite — a wink to the upholstered seating of the same color used in the former London Council debate chamber.

Used To Be: A Prince’s Palace

Vienna is a place so pretty it seems straight out of a fairytale, and if one of its poshest hotels looks as if it could have easily hosted balls fit for princes and princesses, well…that’s because it has.

The Hotel Imperial’s history begins back in 1863 when it was built as the city residence for Prince Philipp of Württemberg. The impeccable estate transformed into the Hotel Imperial for the Vienna World’s Fair in 1873 and has welcomed luminaries, politicians, international stars, and celebs ever since. You’re sure to feel like a VIP here, too, in rooms and suites truly fit for the royal set.

Used To Be: Part Of The World’s Largest Coca-Cola Bottling Plant

The luxurious Bottleworks Hotel has a decidedly sweet and bubbly story to tell. Coca-Cola was bottled on-site back in the 1930s and the plant’s gorgeous Art Deco architecture and state-of-the-art equipment were considered a bottling industry best-in-class. At its peak, the factory churned out more than 2 million bottles of soda a week!

The Coca-Cola Bottling Company of Indianapolis moved out of town in 1964. The plant changed hands a number of times before it was developed as the boutique hotel and entertainment district that exists today. The Bottleworks Hotel is a beautiful mix of history and modern luxury, with art installations and restored architecture around every corner. It’s also in the middle of Indianapolis’s bustling Bottleworks District, with boutiques, cafes, and an incredible food hall just steps away.

Used To Be: The Country’s Largest Pineapple Farm

Back in the 1860s, Captain Ben Baker owned 160 acres in Key Largo and decided to give pineapple farming a try. It was decades before Hawaii became an exporter of the tropical fruit and Baker planted 6,000 pineapple stalks. This quickly became the nation’s largest pineapple farm. At its peak, Barker shipped 85 percent of all pineapples consumed in the U.S. from his operation. When a hurricane roared through in 1906, the business slowed and Key Largo’s new life as a tourism hub began.

Today, Playa Largo Resort and Spa sits on the stretch of land Baker first cultivated. With its mix of guest rooms, bungalows, and private beach homes — plus incredible on-site amenities — the property is a relaxing oasis on the Keys. Look for nods to the past as soon as you check in — guests are welcomed with a pineapple mojito upon arrival. The resort even offers a private-label pineapple vodka that’s distilled nearby.

Used To Be: A Girls’ Orphanage

Just outside the UNESCO World Heritage site of Antigua, the elegant and upscale Villa Bokéh is ready to welcome guests, just as it welcomed girls in need generations ago. The elegant 15-room villa sits on 6 manicured acres and has stunning views of Volcán de Agua. This restored hacienda was first built by a pair of artists who realized their home was too large for their family. They decided to open it up to help raise and homeschool local girls who were displaced.

Now, the property serves as a sumptuous home base for visitors interested in exploring Guatemala’s history, art, culture, and gorgeous natural features. Much of the artwork found in the two-story estate was handmade by the original owners and other local artisans.

The Villa is part of the luxury Relais & Chateau group, so expect top-notch service throughout your entire stay, from start to finish. 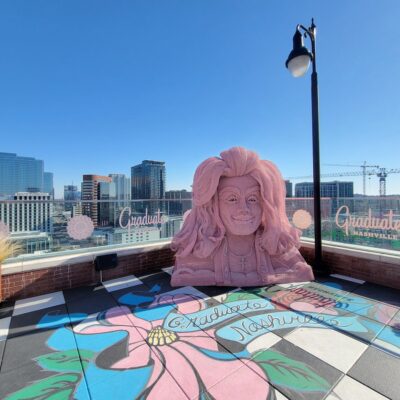 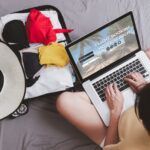 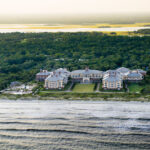 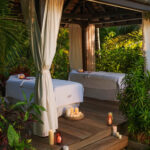