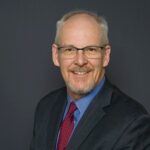 Remember when your parents had pension plans? Each month in retirement, they’d get a check from their former employer. They didn’t have to worry about the stock market or figure out how much they could withdraw each month. They simply received a guaranteed income for as long as they lived.

Nowadays, most of us don’t have pension plans; you have a 401(k), a 403(b), or maybe IRAs. And that means when you retire, you’ll have a pile of money, but not a fixed monthly income. You have to figure out how to invest the money and how much you can afford to take out each month. The bottom line is that unless proactive steps are taken, you don’t have a pension plan in retirement; you have a savings account that may or may not last as long as you do.

The solution is to create a do-it-yourself pension plan. And the sooner you start planning your pension, the more effective it’s likely to be. The trick to planning is to focus on the what, when, how, and where of creating your own pension.

What Are My Options?

There are three basic approaches to designing a fixed income plan in retirement: using dedicated assets, bond ladders, and annuities.

You take an asset like a bond or dividend-paying stock and live off the income from the asset for the remainder of your life. When you pass on, you leave the asset itself as a legacy to your heirs.

These involve investing in bonds that mature consecutively during your retirement. So you buy a 1-year bond, 2-year bond, 3-year bond, and so on for a number of years. When each bond matures, you have income for the year. If you’re worried about inflation, you could consider I-bonds and TIPs available from the federal government.

They are guaranteed income streams that you can buy from insurance companies. They can pay income for your life, the lives of you and your spouse, or for a set period of years.

Asset dedication and bond ladders involve ongoing management and are sometimes tax inefficient. While they certainly can be part of a retirement portfolio, they are less likely to be used by most consumers as a retirement income source. We’ll focus more on using annuities to create a do-it-yourself pension.

When Should I Start Planning?

An old planning expression says, “You tell me when you’re going to die; I’ll tell you what to buy!” Since we rarely can answer this question, we should at least address when you’re going to start needing retirement income. If you’re planning for future retirement, consider investing in a deferred annuity. This lets you build up retirement savings tax free and decide later when you want to turn the contract into a guaranteed lifetime income. Or you can buy an immediate annuity, where you give the insurance company money now, and they start paying you a lifetime income.

A newer option in the market is a deferred income annuity. You give the insurance company money now, but you don’t have them start the retirement income until later in life. For example, if you retire at age 65 you could have a bond ladder pay you income for the first 10 years of your retirement and then have the deferred income annuity start paying you a lifetime income beginning at age 75.

How Do Annuities Work?

We normally think of annuities as taking a sum of money and having it paid out as an income over your lifetime — called annuitization. This is a commercial equivalent of what employer-provided pension plans do: pay you for life irrespective of how long or short you live.

Because some consumers find this approach too inflexible, insurance companies often offer an alternative. If you invest in a deferred annuity, you can include a guaranteed lifetime withdrawal benefit (GLWB). A GLWB is a rider to a deferred annuity that provides a minimum payout level, even if the cash value of the annuity doesn’t perform as well as hoped. The advantage is flexibility mixed with guarantees — you can make withdrawals from your cash value as and when needed, but still have a guaranteed income for life. While this approach is popular, beware of costs and taxes.

Where Do I Invest?

An employer-provided pension plan is usually “before tax,” meaning it grows tax deferred, but is entirely taxable when income is being paid out. With a do-it-yourself pension plan, you can decide when you want to pay taxes.

If you want to mimic a traditional pension plan, your annuity would be in the form of a qualified legacy annuity contract (QLAC). Congress allows you to take some of your IRA or 401(k) money and have it paid out as an annuity — just like a pension plan. A key advantage of this approach is the income that is being paid out isn’t subject to the required minimum distribution rules. In other words, with the money you have in your QLAC, you don’t have to start taking taxable distributions at age 72; the payouts can begin later in life (as late as age 85).

Keep in mind two things with QLACs. First, there are some limits: The total amount you can currently put in a QLAC is $145,000, and contributions can’t exceed 25 percent of that account’s total value. Second, once you start taking out income, each payment is subject to ordinary income taxes.

Instead of a traditional IRA, you could put your money in a Roth IRA. With a Roth, you pay taxes on the money when it goes into the account, but then it grows tax deferred and pays out tax free. It’s like paying tax on the seed, but not on the harvest. So, when you retire, you could have your Roth IRA proceeds invested in an annuity that pays out a tax-free lifetime income.

You can also use “after-tax” money to purchase an annuity. While you’re still working, you set aside money that has already been taxed into a deferred annuity. Different from other savings, such as a CD, the cash value in the annuity grows tax deferred. When it comes time to retire, you annuitize your contract, and the insurance company pays out an income for your life (or, if you choose, the lives of you and your spouse). While there is tax payable on the growth in the contract, it is spread out over your life expectancy.

Mixing and matching these concepts can add to the flexibility of your do-it-yourself pension plan. For example, an objection sometimes voiced about an annuity is that you “lose” your money if you die early. If this is a concern, you could put some of your money in a dedicated asset, such as a bond or dividend-paying stock, and some in an annuity. If you live a long life, you’ll have income coming from both sources. If you die early, at least you can leave the dedicated asset as a legacy to your heirs.

Few of us have defined benefit pensions anymore. But with some advanced planning, you can have your own “DIY DB”: do-it-yourself defined benefit pension plan. By creating your own pension plan, there’s peace of mind in knowing that your retirement savings will pay an income you can’t outlive. Just be sure to pay attention to the applicable tax rules, costs, and limitations with these ideas. Forewarned is forearmed. 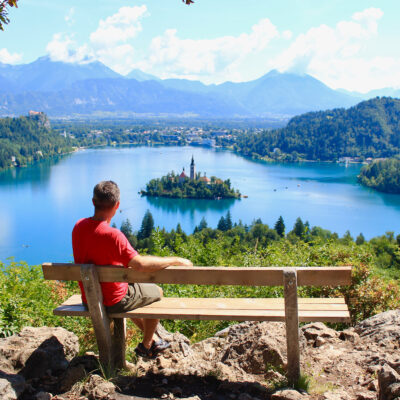 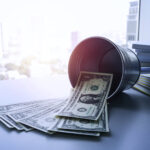 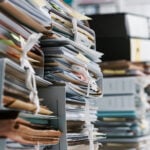 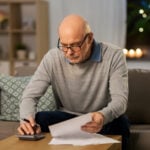