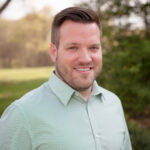 Nathan Toal, HIA, CPLHI, FFMC
What Are Your 2023 Travel Plans?

Over the past few years, there have been some major improvements to the Medicare system — especially in the pharmaceutical area. One major change was to the fabled and feared “donut-hole.” Even the name was deceiving. Who doesn’t love donut holes?! In celebration of this article, I even had to grab a few this morning.

The scary imposter “donut-hole” used to be an area of Medicare pharmaceutical coverage called the Part D Coverage Gap. Pre-2020, the coverage gap would occur when you reached a certain amount set by congress every year. In 2019, it was $3,820. This meant once your Part D paid $3,820, you would essentially lose coverage until you reached the catastrophic stage. This stage would kick in when you reached $5,100. This meant people suddenly had to fork out $1,280 to get their medicine. This was hard to deal with for a lot of people on a fixed income.

In 2020, President Trump effectively closed the donut hole by reducing the cost to 25 percent during the coverage gap stage. It was the first change to Medicare in years (minus rising costs)! Now, President Biden has followed up with the Inflation Reduction Act of 2022, which will close the gap entirely. The idea for the bill was to allow people to keep more money in their pockets to use for goods and services in an attempt to fuel the economy and reduce inflation. Only time will tell if this will be effective. Good for us, this will not be the only change in Medicare with the act, but there will be rolling changes for years. Let’s dig in!

Happy New Year… well, it will be for Medicare recipients. Especially those dealing with high drug costs, because this is when the Inflation Reduction act of 2022 kicks in.

In the past, vaccines like the flu and COVID were covered by Part B, but a lot of other vaccines fell in the Part D coverage area, like shingles. In the case that a vaccine was not covered by Part B, the patient would have to pay the cost share of that vaccine for whatever Medicare did not cover.

In January 2023, Part D will have a $0 cost-sharing for all vaccines for all beneficiaries. For a lot of people who actually wanted a $150 vaccine, cost was the deciding factor whether to get it or not. So now people will have access to free vaccines, and you may have an extra $150 to invest in hypodermic needle stocks. I am not a financial advisor, but don’t invest in needle stocks. If you do, don’t blame me when you are “stuck” with needle stocks.

Insulin is a life-saving drug that a lot of people could not afford because of the rapid price increases over the last 20 years. The Kaiser Family Foundation reported that from 2007 to 2020, insulin costs increased from $236 million to $1.03 billion. Some people had to go to the ER to get insulin at the cost of the hospital or ambulatory provider.

Drug manufacturers are now responsible for price increases. These increases have to be justified by the inflation rate. If providers raise prices faster than inflation, they will be responsible for paying a rebate to the government for the difference.

For years, we have had the Low Income Subsidy, or LIS. Most agents call this program “Extra Help.” Currently, individuals that are between 135 to 150 percent Federal Poverty Level only receive partial assistance, so they still have to pay some copays and costs. The new program will expand full assistance up to 150 percent FPL.

This is by far my favorite aspect of the changes being made. Ever since maximum out-of-pocket (MooP) was introduced back in 2014, it has been a great tool for getting peace of mind. Knowing the max amount you could spend in a year at the beginning of the year can help you plan for health situations that may arise.

Up until 2024, there will not be a cap on drug spending in Part D. The light at the end of the tunnel is that there will be! Starting January 2024, the out-of-pocket max for Part D will be $2,000. This cuts the average Medicare recipient’s cost to half. This kicks the aforementioned “donut hole” in the pants!

Your Part D coverage now resembles a jelly donut. This is only troublesome because I like donut holes and not jelly donuts. Otherwise, this is great. Knowing that you will only have the potential to spend $2,000 on meds per year will help a lot of retirees have a more relaxing secluded beach nap under a palm tree.

As of now, it is unclear which drugs this will affect. They are looking at very expensive drugs that only have a single source of provider. Some of these drugs can cost up to $1,000 per pill. They will now be negotiated for the Medicare beneficiary to a more affordable price. HHS will make annual selections for 10 Part D drugs starting in 2026, 15 Part D drugs in 2027, 15 Part B & Part B drugs in 2028, and 20 in 2029.

There will be 3 classifications of drugs for discounting based on time on the market:

Fun stuff! This is the vaguest of the changes, as we do not yet know what drugs will be discounted.

For years, I told clients that the system and the laws around it are built to protect them, and it always seems to improve. I have not been able to say much about this over the past few years, but it is great to see these improvements for my family of clients. After seeing so many struggles in these situations, I am so excited to see what we are in store for in the Medicare area.

Year after year, there are small improvements made mainly in the nature of competition of providers. It will be interesting to see where they go from here. We have free gym memberships, free dental, free vision, and free OTC drugs. I wonder what they will offer next? I think we should ask for vacation stipends for “mental health” purposes. Wink! Safe travels!

For more on healthcare in retirement, explore these articles: 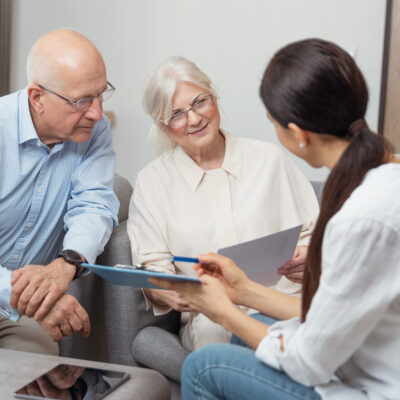 HealthcareImportant Things To Consider Before Signing Up For Medicare At 65 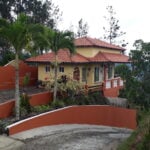 HealthcareTaking These 6 Steps When Living Abroad Could Save Your Life 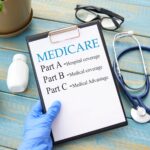