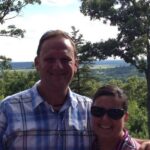 Technically, it wasn’t really my fault.

Everyone knows that going through security at the airport can be hectic, especially an airport as large as Tampa International. So when I was making my way through the line shoeless, beltless, trying to negotiate all of the items I had to put in the bin back into my pockets, and grabbing my carry-on, it didn’t occur to me that I’d placed my laptop and iPad in a bin of their own. It had been, after all, several (well, maybe 2 or 3) minutes since I left those things to get in the body scan line. Who can remember that far back? Plus, it was a tad chaotic. It was truly, as Jerry Seinfeld has said, a madhouse.

Now heading towards my family, I had already refilled my pockets with all the things I deem necessary to keep on my person at all times — insert your own clever Bobby Brady visual here — and proudly announced to the entire family and anyone else listening that gravity was taking over as I struggled to reach the bench before getting my belt back on. Proud of the embarrassment this brought to everyone, I made it just in time. Belt on — check. Shoes on — check. Zip up the carry-on that I opened to remove my laptop and iPad at security… ut-oh.

I glanced around, checked the bench, turned around looking to see if I saw them anywhere, and finally resigned myself to this fact — I didn’t retrieve them from the bin at security. Being only about 10 feet from the end of that line, I left my things with my family and rushed back to the conveyor to see if I could find them. Nothing. At this point, I started the obligatory, “Sir, sir,” to the TSA agent who was pulling empty bins from the end of the line to ready them to go back to the front of the line.

He came over, I explained my situation, and he did a quick glance-around before going to ask the other agents working that line. Nobody had seen anything, and my things weren’t still working their way through the scanner, destroying my one-half of one-percent hope that for some reason they never made it all the way through security at all — that I hadn’t left them as much as they just never came out. No dice.

His instruction to me was to go tell “one of them” — a group of agents on a raised platform overseeing the entire area, watching cameras, doing all the things you’d expect security folks to be doing as they overlook the security at an airport. Upon doing so, it took a minute to get anyone’s attention. This podium was raised several feet, making it a neck-straining conversation, to be sure. I explained what happened, and the gentleman lucky enough to hear my story was disgusted, to say the least. I guess I cannot blame him, but come on, I need a break here. I’m not exactly thrilled with the situation at this point either.

All this said, here are some of the things I learned the day I left my laptop and iPad behind at security.

I suppose an argument could be made that had I just slowed down a bit, none of this would have happened.

To be fair, the chance of gravity creating chaos with my shorts via my Bobby Brady–filled pockets was a real risk at this point. Never mind that I was carrying my shoes along with that belt and my computer bag/carry-on. I also got the (surely false) impression that nobody in the family was all that interested in waiting on me as they headed toward the gate, but that’s another subject entirely. At the end of the day, we were a good hour from boarding time and I had the time to catch up to them (at the gate that was less than 50 feet away). A little more turtle and a little less hare would have benefitted me a great deal, and I likely would not have left behind two somewhat expensive items to begin with.

2. Have Each Other’s Backs

In this section, I blame everyone else for what happened. Had they just waited for me I wouldn’t have been in such a rush! Why was it up to me to make sure I had all of my things?

All joking aside, though, this is something I will do in the future — keep an eye on my traveling party and their things. Even if they’ve never done what I did, it can happen. And if it does happen, you’ll want to make sure you know what they may have left behind. To that point…

I was actually pretty lucky in that I only had to remove two things from my computer bag. Cords, chargers, wall boxes, et cetera — that all stayed in the bag. But on the off chance you ever have to empty a bag and your things end up in multiple bins, you’ll be glad you took the time to write down everything in your bag so you know what you’re looking for. The new 3D TSA scanners that let you keep more in your bag are helpful, for sure, but for now you might still have to empty your bag. Know what’s in there if you do.

4. Notice Who Is In Line Near You

This turned out to be very important. While the TSA can review security footage, if you notice who is in line both ahead of and behind you, your own eyes can be helpful, even if the security cameras are able to spot the same people. Because my wife, Tera, had a keen eye and was aware of her surroundings, we were able to help move this process along, whether the TSA wanted our help or not. More on that soon.

5. Follow The Directions Given By TSA, And Offer To Help

Once you’ve gone to all the trouble to create this self-inflicted chaos, you are now officially at the mercy of the TSA. As noted earlier, the particular gentleman who was tasked with helping me seemed rather annoyed at the entire thing. Me too, buddy, me too. His first step was to come down from the TSA perch and start going through the bins at the end of the conveyor belt. It turns out that “most of the time,” flat items like I had left behind aren’t noticed and those bins are simply picked up and put back into circulation. Given the time frame I gave him of “a few minutes ago,” he wanted to check those bins first. All of them. Every single one. At this point, my wife has come back to see what was going on. I told her, so she asked him if this was really likely — that everyone in charge of the bins would not notice them.

This line of questioning seemed reasonable to me, but I’d already asked this, so… not so much to our friendly TSA agent. He again noted that “most of the time” this is where things are. Tic, tic, tic goes the clock. We offered to help go through the bins (the aforementioned help offer), but he gave that a big no. In the end, the iPad and computer weren’t there, so now we go review the security cameras. Back on his perch, our agent asked me again about what time I left them behind and began to review the footage until he finally found my sagging shorts–wearing self go through. The next thing he said was the big break in the case: He told us who had picked up my items. It turns out it was the people right behind us, who my wife had already described to him in great detail as they were a recognizable group (not famous, just had certain characteristics that made them stand out in a completely generic but noticeable way).

This subheader says to follow the directions of the TSA, and after all of that backstory, I can now disclose his directions: He told me to wait here. Do nothing, he said. Again, an offer to help was extended. My wife said that she would be able to recognize this group if she saw them — and as she walked away I mentioned to her what he had just mentioned to me: wait here. Do not, he explained, approach them. Do not, he added, do anything. His agents, he sternly advised, would take care of this. Tic, tic, tic goes the clock.

I turned to my wife only to find her and another member of the family had already left. Huh, that’s odd. So I texted her the following: “He said do not go looking for them and do not approach them. Making sure you heard him say that.”

Several minutes later, I received the following reply to that text: “We found them! We have your stuff! Heading back.”

Ut-oh. Good, but also ut-oh. Being the fine, upstanding, rule-following citizen that I am, I was still standing at the TSA counter and doing a great job, several feet below my guy, who continued to look at cameras. Given that I was fairly sure he was still working on my case, I thought it best to tell him that the Scooby-Gang had solved this mystery, but I couldn’t help but wonder how that was going to go given the previous instructions that included the very clear “don’t do anything” advice.

Right as I was telling him that this particular fun part of his day was coming to an end, here they were with my things — along with a TSA agent who was with them. It’s good they showed up, too, because when I started the story with, “Sir, my wife just texted and she found the items and she has them,” he seemed to think they had ignored his instructions. As he glared my way, I kind of shrugged, and just in time his agent went up and started telling him something — so at this point, we’re done. My wife filled out a customer satisfaction card, and that was that, but I’ll admit to this day that I’m not actually sure how that all went down.

In the end, I had everything I had lost. And for the record, the items were picked up by accident — no trouble at all retrieving them — as one person in that party was simply helping someone else and thought that bin was their bin. I believe this. Pretty much.

6. Next Step: Find Out What Happens If Your Items Aren’t Found Before You Board Your Flight

Right before Tera, TSA, and the rest of the Scooby-Gang got back, I asked one of the agents if they had a process in place for what to do if my items didn’t make it back. As he started to explain to me what came next, they arrived.

So do I know what this process is? No, I do not. But it did appear to me he was about to tell me what it was, and it may be different at any given airport. Even so, I would encourage you to ask as soon as you can what you can do, what happens next, and the entire process. Luckily, my things made it back and I never had to find out. It was close, though, because had my flight or the flight of those who had my things taken off, we definitely would have needed a plan B.

But seriously, I don’t see how this was my fault.