Farmers’ Almanac Predicts Cold, Snowy Winter For Most Of U.S., Here’s Where It Will Be Mild And Dry

Much of the U.S. may be suffering through scorching summer temperatures and an ongoing drought, but Labor Day is right around the corner. So, as summer begins to wind down, and as people think of cooler temperatures, the question then becomes, What will this winter be like?

Fortunately, right on cue, the Farmers’ Almanac has released its 2022/2023 winter weather forecast. The forecast, which actually was released earlier than usual this year amid “growing concern over the rising costs of heating oil,” warns that this winter will have people across much of the country “shaking, shivering, and shoveling.”

Now, if you’re wondering how the Farmers’ Almanac can produce long-range forecasts so far in advance, the editors note that the they have accurately published long-range weather forecasts since 1818. The key to those forecasts is a set of astronomical and mathematical rules developed by David Young, the Almanac’s first editor. Since then, those rules have been refined and turned into a closely guarded formula.

Get Ready For Cold Temperatures

The Farmers’ Almanac is issuing a “hot chocolate warning” for people in eastern and southern states. That’s because “a cold December and a very cold January might make readers in the northeast shake and shiver,” the Farmers’ Almanac notes. The good news is that milder temperatures will arrive in February.

People in the southeast will also see cold temperatures in January. “Fortunately, for the snowbirds, February will likewise warm the region to near-normal winter season temperatures overall,” according to the Farmers’ Almanac.

People in the Great Lakes areas, or the northeast and north central regions, won’t be so lucky though. In fact, “extra flannels will be necessary in other states!” the Almanac notes.

“Winter will feel unreasonably cold for readers in the Great Lakes region, especially in January,” the Almanac explains. In particular, “the north central states are forecast to experience extremely cold temperatures during mid-January; possibly 40 degrees below zero!”

Farther south, into the southern Plains, temperatures will also average colder than normal.

Ready to book your warm weather trip away from the snow?

Get Ready To Shovel

“Winter 2022/2023 should be dominated by an active storm track in the eastern half of the country, running from the western Gulf of Mexico to the northeast, across the Virginias, and across interior New York State and New England,” according to the Almanac. “Areas south of the storm track in the southeast will see frequent storms bringing cold rains and a wintry mix of wet snow, sleet, ice, freezing rain as well as chilly temperatures.”

Those in the north central states who love snow should be happy this winter. “They will see a fair share of storminess during the winter season, which should mean plenty of snow for winter enthusiasts to enjoy (maybe even in time for a white Christmas?),” the Almanac notes.

The south central states are also forecast to see some accumulating snow, especially in early January.

The Farmers’ Almanac notes that there “will be quite a few” significant weather disturbances across the U.S. this winter.

The first major storm will pass through the Rockies and across the Plains during the first week of January. “During this time, we see good potential for heavy snow that may reach as far south as Texas and Oklahoma, followed by a sweep of bitterly cold air,” the Almanac notes.

Then, between January 16 and 23, “we’ll raise another red flag for bouts of heavy rain and snow across the eastern two-thirds of the country followed by what might be one of the coldest outbreaks of arctic air we have seen in several years,” according to the Almanac. That’s when the Almanac predicts temperatures of 40 degrees below zero will arrive in the north central States, requiring extra flannels and hot chocolate.

While you start to think about winter, and maybe even plan a winter getaway, be sure to visit our winter travel content, including: 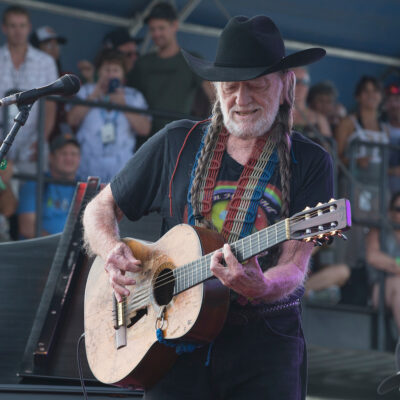