Blame it on social media.

Hyperion, a coast redwood in California’s Redwood National Park, is believed to be the world’s tallest living tree. There is no trail to Hyperion and its location isn’t marked, but people have been trampling the area around the tree deep in the park on their quest for pictures and Instagram posts of the tree.

Consequently, the National Park Service has had to take drastic steps. It recently announced.

that the area around Hyperion is closed and violators caught hiking in the area may be fined $5,000 and risk six months in jail.

“Since its ‘discovery’ in 2006, this tree has been on many tree enthusiasts’ bucket lists. Hyperion is located off-trail through dense vegetation and requires heavy ‘bushwhacking’ to reach,” the National Park Service explains. “Despite the difficult journey, increased popularity due to bloggers, travel writers, and websites of this off-trail tree has resulted in the devastation of the habitat surrounding Hyperion. As a visitor, you must decide if you will be part of the preservation of this unique landscape — or will you be part of its destruction?”

Hyperion And Its Home

Hyperion is in Redwood National Park, that is part of Redwood National and State Parks, and contains 45 percent of the remaining protected old-growth redwoods in California. The park is about 7 hours north of San Francisco and 8 hours south of Portland, Oregon.

Named for Hyperion, one of the Titans in Greek mythology who was the father of Helios (the sun), Selene (the moon), and Eos (the dawn), Hyperion the tree is estimated to be between 600 and 800 years old.

Here’s the amazing part. Hyperion is 380 feet tall and is certified by the Guinness World Records as the world’s tallest living tree. To put that height in perspective, Hyperion is taller than the Statue of Liberty in New York and Big Ben in London.

Damage To The Forest

As Hyperion has become more well-known and growing numbers of people search for it, the forest has suffered. Since the tree is located off designated hiking trails and takes bushwhacking to find, hikers have damaged the forest in that area.

“Forests grow by the inch and die by the foot!” the National Park Service explained. “The redwood forest is a delicate ecosystem. Hiking off-trail tramples sensitive understory plants and disrupts the redwood forest ecology.”

For example, the National Park Service notes that visitors have caused some degradation to Hyperion’s base, and ferns no longer grow around the tree because they have been severely damaged.

“The usage was having an impact on the vegetation and potentially the root system of the very tree that people are going there to visit,” Leonel Arguello, the park’s Chief of Natural Resources said, according to SF Gate. “There was trash, and people were creating even more side trails to use the bathroom. They leave used toilet paper and human waste — it’s not a good thing, not a good scene.”

It isn’t even safe to look for Hyperion because the area is off-trail and there is no cell phone reception and spotty GPS coverage.

“If someone were to get hurt down there, it’d be a while before we could get to them and extract them,” Arguello said. “These are all reasons why we’re playing it safe and protecting our resources.”

Just because Hyperion is off limits doesn’t mean visitors can’t hike in the forest, or even see redwoods.

“There is no single ‘best trail’ out here. Any trail in old-growth redwoods is going to be ‘the best trail’,” Redwood National Park rangers explain. “There are hundreds of miles of trails within the old-growth redwood forest. All these trails offer beautiful views of massive redwood trees.”

You can learn more about the trails in Redwood National Park, including some of the rangers’ favorite trails, here.

If you’d like to learn more about Redwood National Park, be sure to also read: 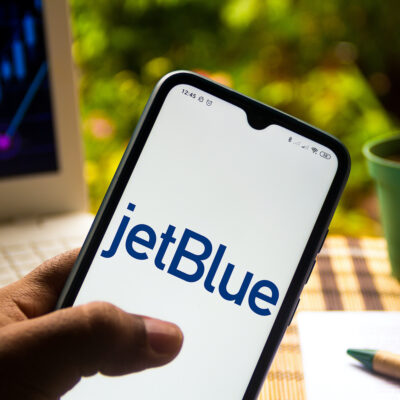