The Hawaiian monk seal population had been declining for decades. Then, thanks to conservation efforts and the seals’ own resilience, their numbers began to rebound in 2013.

“It’s been a long time coming,” said Dr. Michelle Barbieri, who leads NOAA’s Hawaiian Monk Seal Research Program, according to the Honolulu Star-Advertiser. “It’s been the culmination of many years of monitoring, developing, and acting.”

Barbieri explains that the growing seal population is due in part to conservation efforts focused on saving seals’ lives — especially adult females so they can reproduce — and the population may continue growing. That work includes saving malnourished pups, disentangling the seals from marine debris, reuniting moms and pups that have been separated, and translocating seals to areas where they will have a better chance at survival, according to the Honolulu Star-Advertiser.

If you aren’t familiar with Hawaiian monk seals, unfortunately, there is a reason.

Hawaiian monk seals can live to ages of 30 years or more. Adult seals are 6–7 feet long and weigh between 400 and 600 pounds.

The seals are also what’s known as “generalist” feeders, which means they eat the marine life that’s available. So, while they are known to eat common fish, squids, octopuses, and eels, they also eat a variety of crustaceans, including crabs, shrimps, and lobsters.

The problem is that the seals face a number of grave threats.

There are other threats as well. For instance, Hawaiian monk seals face a loss of haul-out and pupping beaches in the Northwestern Hawaiian Islands due to beach loss stemming from storm erosion and sea level rise. Other threats include male aggression toward females and low genetic diversity.

“Now the numbers are in, and the news is good! We estimate that the total number of monk seals throughout their entire range was 1,570 in 2021,” NOAA Fisheries explains. “That is a respectable increase since the most recent estimate of 1,435 in 2019. It marks the first time the population has exceeded 1,500 seals in more than 20 years!”

What’s more, from 2013–2021, the monk seal population grew at an average rate of 2 percent per year, “providing hope for the species’ long-term recovery,” NOAA Fisheries continued.

That said, the seal population level is still concerning. For the species to be down-listed from “endangered” to “threatened” under the Endangered Species Act, its population still needs to more than double.

Know So You Don’t Disturb The Seals

The Hawaiian monk seal is one of the world’s most endangered seal species. Consequently, the seals are protected under the Endangered Species Act, the Marine Mammal Protection Act, and a State of Hawaii law.

If you’re in Hawaii, here’s what you need to know:

Spring and summer are the monk seals’ pup season, so NOAA Fisheries asks everyone to give Hawaiian monk seal mothers and pups plenty of space — at least 150 feet — and avoid disturbing them. That way mother seals will remain with their pups and ensure pups get the nutrition they need.

If you’d like to learn more about Hawaiian monk seals and even see pictures of a pup and its mom on the beach, be sure to also read Photos Capture Rare Look At Adorable Newborn Endangered Hawaiian Monk Seal.

Be sure to also read all of our wildlife content, as well as: 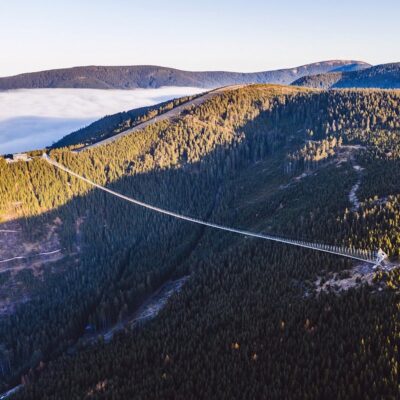