Have you seen her? The Flagship Valor is an inspiring and magnificent flying tribute to honor the recipients of the Medal of Honor award. She is an Airbus 321, N167AN. This beauty is wrapped in very special artwork to embody what the Medal of Honor represents.

Flagship Valor was revealed in a special gala on March 24, 2022, and was presented by American Airlines to kick off the ground-breaking ceremony for the Medal Of Honor Museum in Arlington, Texas. The airline also donated $1 million in air miles to help fund the goal for the museums opening in 2024.

“Giving back to the men and women who serve our country is a real privilege for the 130,000 team members of American Airlines,” stated outgoing American Airlines CEO Doug Parker. “And I’m proud to say that more than 8,000 of those team members are veterans or still serving in the National Guard or Reserves.”

Shhh! Can You Keep A Secret?

There were many groups working on the creation and implementation of this jet, getting her ready for her big debut. It was shrouded in secrecy for about 2 years!

I spoke with Roger Steele, assistant manager of Tulsa maintenance for American Airlines, about the project. Steele told me this project was truly a labor of love. Once the jet was taken out of service, it arrived at Tulsa for the application of the decals. It took about two, 12-hour shifts for crews to finish wrapping the jet with decals. The crew that applied the artwork consisted of about 10 volunteers, who for their own reasons donated their time, energy, expertise, and labor. It was an honor and it meant so much to them personally to be a part of this work, particularly considering current world events. Their gift of labor was truly a tribute to all of the fighting men and women who currently serve and the sacrifices that veterans have made. I know that when the team from Tulsa sees Flagship Valor, they can smile with deep pride knowing they helped produce this spectacular moving tribute.

What Is The Medal Of Honor?

The Medal of Honor is the highest award in the United States for military valor in action. It began during the Civil War and continues through today’s war on terrorism. There are 3,511 recipients and 66 of them are still living. It is the highest and most prestigious medal for valor in combat that can be awarded to members of the armed forces by a sitting president. This award represents those with a deep love for their country. Their heroic efforts were not taken for self-recognition but to save lives, ignoring the imminent danger that they were in, even if the decision cost them their own life. It represents ordinary people doing extraordinary acts of selflessness.

A Picture Says A Thousand Words

On both sides of the aircraft, there are seven images that depict major military conflicts and the six characteristics that embody what the medal represents. The words Courage, Sacrifice, Integrity, Commitment, Patriotism, and Citizenship are the six values of the Medal Of Honor.

There are three images of medals, which are represented by the Air Force, Navy, and Army. If you look at her winglets, you will see they were painted with sky blue. The winglets spotlight the plane’s name and 13 stars, representing the founding colonies of the United States.

Why Is It On An Airbus?

Boeing pilots, like myself, are probably some of the people asking why this tribute wasn’t put on an American-made Boeing. Discussions went around and it ultimately came to a reality that the Airbus 321 fuselage was the best canvas to display the artwork. A Boeing 757 would have been ideal but American Airlines no longer flies them in their fleet.

What’s In A QR Code?

Once onboard Flagship Valor, customers can scan a QR code to gain access to more information about the Medal of Honor and the extraordinary recipients of this award. One of the goals of the Medal Of Honor is to serve as a teaching tool to pass along these exceptional stories to the next generation of Americans.

Pro Tip: Check on Flightradar24.com to see if you are lucky to ride on her. Or just look her up to see where she is currently flying.

She Is Something Special In The Air

American Airlines considered it a privilege to share what it means to receive the award, preserve its honor, what it represents, and preserve its legacy for the next generation.

If you see the Flagship Valor taxi and your eyes burn with tears, like mine, please cover your heart with your right hand, bow your head, and be grateful for all the men and women who have served and given so much so that we may all have our freedom. 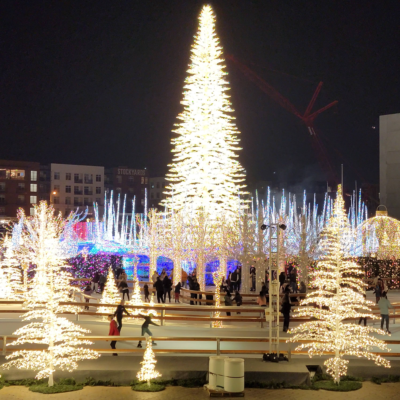