New Rule May Mean More Money If You Retire Early

The largest concern for people who have retired early, or are thinking about retiring early, is often whether or not they have enough money to last the rest of their life.

Another top-of-mind concern is their potential available income. On the one hand, you can’t access Social Security benefits until age 62. Equally challenging is that — unless you qualify for an exception — you aren’t able to withdraw money from IRAs and 401(k) accounts until you are 59.5 years old unless you’re willing to accept a 10 percent tax penalty.

However, according to a pronouncement from the IRS earlier this year, the agency has revised the way it calculates mortality and interest rates. The upshot is that people who retire before the age of 59.5 and use one of the exceptions will be able to withdraw more money each year without having to pay the 10 percent tax penalty.

One of the key exceptions that prevents incurring a 10 percent tax penalty on withdrawals from qualified retirement accounts before the age of 59.5 is for people to use what’s known as “Substantially Equal Periodic Payments,” commonly called SEPPs. In tax documents, this is referred to as the “72(t) exception.”

People using this exception must use one of three different methods to calculate how much money they can withdraw from their qualified retirement account and stay within SEPP rules.

The first method, which generates a lower initial withdrawal, is the required minimum distribution (RMD) option. The other two options are the fixed annuitization method and the fixed amortization method.

“With the fixed amortization method, your annual payment is determined using your life expectancy and a permitted interest rate,” Steve Parrish, adjunct professor of Advanced Planning and co-director of the Retirement Income Center at The American College of Financial Services, wrote in a Kiplinger article. “Because of the recent changes the IRS made, this calculation offers a significant increase in the amount that can be withdrawn each year without incurring the 10 percent penalty.”

The fixed annuitization method, according to Investopedia, is the most complicated of the bunch but can lead to the highest payments. It’s comprised of an account balance, an annuity factor (based on IRS mortality tables and an interest rate), and an annual payment. The retiree then chooses a regular distribution schedule, like receiving funds monthly, quarterly, or annually.

Parrish goes on to explain that what’s known as the “reasonable interest rate” used in the past for calculating the benefit was based on low interest rate tables that were published monthly. In December, for example, the rate was 1.52 percent. Now that the IRS has made its changes, however, the floor rate is 5 percent, which provides a much higher payment for anybody trying to maximize how much they can withdraw each year before incurring the tax penalty, Parrish explains.

“In general, once you figure out how much you’re going to withdraw, you have to stick with the method you’ve chosen for a period of five years or until you turn 59.5, whichever comes later,” Parrish continues. “The only exception is that you can make a one-time switch from one of the other two methods to the RMD method, which will normally result in a smaller payment. This might come in handy if you go back to work and no longer want to maximize the amount you’re withdrawing.”

Right about now, you’re probably wondering “OK, what does this really mean?” In his article, Parrish provides this example from tax authority Bob Keebler, a partner with Keebler & Associates, LLP, and current chairman of the AICPA Advanced Estate Planning Conference.

“Mary is a 50-year-old divorcee who has reached $1 million in her 401(k) account, her retirement savings goal. She would like to retire, and she understands that if she uses the SEPP rule, at age 50 she’s committing to take these payments for approximately 10 years,” Keebler explains. “She wants to use the calculation most favorable to her in terms of maximizing her withdrawal. Between the three methods, the fixed amortization method provides the largest permitted withdrawal.”

Here’s what the new IRS rule means for Mary. If she had started receiving payments in December, before the IRS pronouncement, her payment would have been $36,122, primarily due to the 1.52 percent interest rate, Keebler explains. However, using the 5 percent floor interest rate, Mary’s payment would be $60,312.

“There’s more that goes into the black box used in these calculations, but the net effect is a big change in what she can withdraw,” Keebler notes.

A strategy for early retirees to maximize the amount of withdrawals from qualified accounts without incurring the 10 percent tax penalty sounds like a great idea — at first. It does, however, lead back to those nagging concerns about having enough money to last for the rest of your life.

“In my mind, the biggest risk with SEPPs is that you’re committing to a strategy that may run out your retirement savings before you run out of oxygen,” Parrish wrote in his article.

“Just because you can now withdraw more each year doesn’t mean you can afford to draw that much,” Parrish continues. “For example, if ‘Mary’ withdraws $60,312 each year during the SEPP period, she will likely have depleted well over half of her $1 million retirement savings by the time she reaches age 60. She may live for decades longer, yet she will be starting her 60s with less than $500,000.”

If you’re retired or are thinking about retiring, be sure to read the rest of our retirement coverage, including 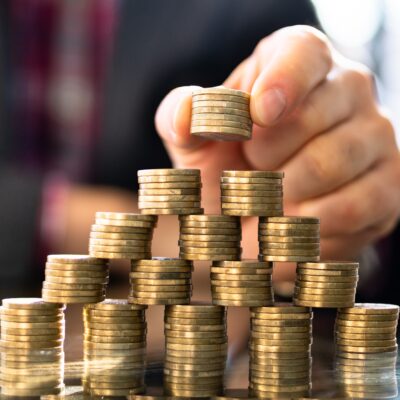 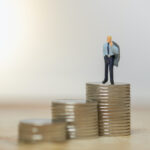 Financial PlanningWhy Working Backward May Help You Save For Retirement 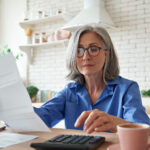 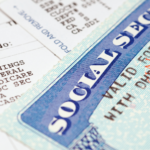