Elected officials in Hawaii and Maui, the second-largest Hawaiian island, have been performing a balancing act of sorts. On the one hand, they want Hawaii’s residents to be healthy. At the same time, they also want local economies to flourish.

First, Hawaii’s governor, David Ige, had been considering a mandate that would require travelers to Hawaii to have received a COVID-19 booster shot in addition to the vaccine’s full course of treatment for their vaccination status to be considered “up to date.” Earlier this week, however, Governor Ige announced that the mandate is no longer under consideration.

Meanwhile, on January 24, Maui began requiring people to have received a COVID-19 booster shot to be considered fully vaccinated. That meant, for example, anyone who wanted to eat or drink in a bar or restaurant needed proof they had received a booster as well as COVID-19 vaccination.

Just 2 weeks later, citing declining COVID-19 case counts and hospitalizations, Maui Mayor Mike Victorino announced that — beginning February 7 — the requirement would be changed so booster shots are recommended but are no longer required for someone to be considered fully vaccinated.

As Omicron cases in Hawaii surged through January, it caused growing speculation that Hawaii would change its requirement for people traveling to Hawaii to be fully vaccinated and have received a booster shot if they wanted their vaccination status to be considered up to date. Governor Ige put an end to that speculation earlier this week.

“In making this decision, we considered declining COVID-19 case counts in Hawaii, the continental U.S., and Europe,” Governor Ige said at a press conference. “Importantly, hospitalizations have also dropped.”

Indeed, data from the Hawaii State Department of Health indicated there was a 67 percent decline in COVID-19 cases in Hawaii between January 20 and February 2, KHon (Honolulu) reports.

Speaking at the same press conference, General Kenneth S. Hara, Hawaii’s incident commander for COVID-19 response, explained that a number of key factors were considered before making the decision.

“We made this decision in close coordination with the four county mayors, the Department of Health, and in collaboration with Hawaii’s travel, hotel, tourism, transportation, retail, and restaurant industries,” General Hara said.

Finally, Omicron cases may be declining but nobody knows if another strain of COVID-19 will emerge or if there will be another surge of new cases, Dr. Libby Char, director of Hawaii’s Department of Health, said. That’s why it’s important for people to remember that booster shots play a key role in preventing severe illness from COVID-19, she said.

“Getting vaccinated and boosted now will help to prevent you from becoming seriously ill,” Dr. Char explained. “The Department of Health recommends you get vaccinated and get boosted today!”

As cases of Omicron in Maui grew rapidly, Mayor Victorino announced that in addition to being fully vaccinated for COVID-19, a booster shot was needed — beginning January 24 — for individuals to be considered fully vaccinated. That requirement meant that everyone who was 18 or older who wanted to eat in a restaurant or bar or work out at a gym needed to show proof of vaccination, including a booster shot.

At a press conference last week, however, the mayor announced the requirement would be changed — effective February 7 — “due to the number of cases dropping throughout the county and the state, and our hospital being lessened with the burden of high numbers,” Mayor Victorino said, Maui Now reports.

The mayor added that the decision was made after consulting with Maui Memorial Medical Center’s Dr. Michael Shea and Maui Health CEO, Michael Rembis.

It should be noted though, that while a booster shot is recommended, and not required, in Maui, proof of complete vaccination is still required to eat in a bar or restaurant.

The definitive source for COVID-19 requirements and recommendations for people traveling to Hawaii is Safe Travels Hawaii. If you’re planning a trip to Hawaii, be sure to check there for the latest guidance.

If you’re planning a trip, be sure to read the rest of our Hawaii coverage, including: 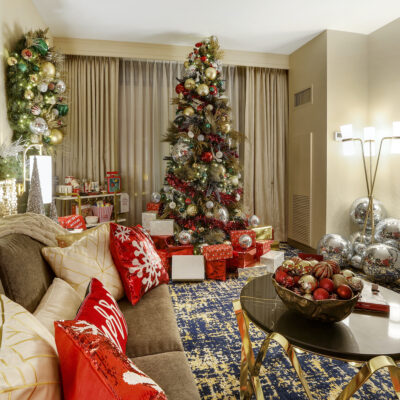