5 Unique Events To Celebrate The 200th Anniversary Of Key West

Key West, the last of the islands that form the chain of the Florida Keys, celebrates an important anniversary this year: 200 years since the island was first permanently settled. Located just 95 miles north of Cuba, it’s the endpoint of U.S. Route 1 and the southernmost city of the continental U.S. Many events take place in Key West to celebrate the event, but first, let’s look at the history behind it.

In 1763, Great Britain took possession of Florida from Spain. Between that time and 1822, no settlement had been established there. Key West, then still named Cayo Hueso, was visited by Cubans and Bahamians, who used it for fishing, as a sheltered harbor, and for smuggling and piracy. In 1815, the Spanish governor in Cuba deeded Key West to Juan Pablo Salas, an officer of the Royal Spanish Navy. Salas did nothing by way of developing or settling the island. He wanted nothing more than to get rid of it and therefore sold it to an American businessman by the name of John W. Simonton for the sum of $2,000 in 1822. Simonton saw the commercial potential of Key West, and, together with other merchants, started the first permanent settlement, a historical event that gives rise to this year’s celebrations. They are spread out over the entire year and start in March.

On March 25, a granite time capsule will be placed under the flag in Mallory Square to be opened in 50 years to commemorate the planting of the American flag in 1822 by Commander Matthew C. Perry. The capsule will be created by sculptor Craig Gray. Donations will be accepted to sponsor the event, and the sponsors can have their names engraved on the sides of the capsule. Donations of small items to be placed inside the capsule are also welcome. Moreover, four children between the ages of 9 and 12 will be chosen to be the Ambassadors of the City of Key West when the capsule is opened to celebrate the 250th anniversary in 2072.

On March 26, a Heritage Festival will take place at Truman Waterfront Park from 10 a.m. to 9 p.m. Tents are erected where local vendors, artisans, and food creators can sell their wares. There are also on-stage performances ranging from historical reenactments and storytellers to dance troops, musicians, and Mallory Square buskers.

After one of Key West’s famous sunsets, their first-ever drone “fireworks” shows will be displayed, environmentally and animal-friendly because there are no explosives.

Key West’s Oldest House Garden and Museum invites you to an exclusive gala worth the occasion. Built in 1829 by Bahamian immigrant Richard Cussans, it’s full of period furniture and artifacts, and there is also a special exhibition.

Another exhibition, called KeyWest200, featuring sponge fishing gear, period costumes, and even Hemingway’s boxing gloves, will be staged in the Custom House Museum in Mallory Square. At the Oldest House gala, there will be VIP guest speakers, period and modern music, and much more. Enjoy the Florida night in the recently refurbished garden in the back while being served appetizers and desserts prepared by the best Key West chefs.

Hemingway Rum Company Distillery on Simonton Street also gets into the celebratory spirit. A new center for cultural events is opened in the former tobacco warehouse and special private “Papa’s Cocktail Classes” are on offer. Groups of a maximum of 12 people can attend tours of the premises, rum tastings, and mixology classes, and each participant is gifted a cocktail glass. All this runs under the name of Papa’s Pilar.

During this year of celebration, you will want to stay somewhere special, and nowhere is better than the three newly unveiled off-grid vessels by Mellow Ventures Backcountry Outfitters. These accommodations mounted on the base of three 50-foot catamarans are eco vacations of the highest standard for overnight stays. One of the outposts is in the form of a restored former cigar worker’s cottage, and another is a dockside tiki boat.

The Everglades Celebrate, Too

It’s not only Key West that is celebrating an anniversary; Everglades National Park has one too. Leading up to December 6, 2022, the date of the 75th anniversary of the founding of Everglades National Park, there are monthly Iron Ranger Challenges and other events. Additionally, Flamingo Lodges has a new visitors center and 24 new suites for a place to stay and enjoy the unique wilderness of the Everglades.

Another reason to celebrate is the re-opening of the Old Seven Miles Bridge on January 12, 2022. A stretch that was closed for repairs for many years can now be enjoyed again by walkers, fishermen, and cyclists.

For more on Key West, don’t miss out on the following articles: 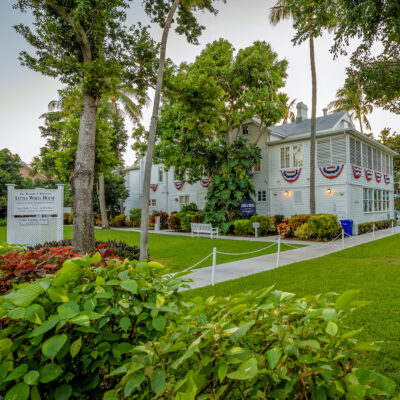 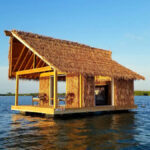 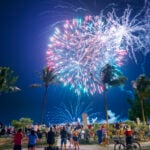 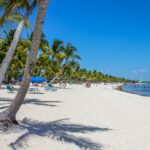