After concerns that the rollout of 5G communications technology would severely disrupt flights in the U.S., most major airlines have been cleared to continue normal operations. Smaller regional routes, however, have found themselves stuck in limbo as they wait for clearance to conduct low visibility landings.

The worries about the 5G rollout essentially boil down to how the new communications technology might interfere with flight instruments and the ensuing debate between the Federal Communications Commission (FCC) and the Federal Aviation Administration (FAA).

5G technology operates on a similar wavelength as the radio altimeter, which is an essential tool that tells pilots how close the aircraft is to the ground. If 5G waves disrupted the function of radio altimeters, it would make landing in low visibility much more dangerous. The FCC claimed that the new tech rollout would not impact flying, while the FAA voiced strong concern over potential risks to flight safety.

Just before the full rollout of 5G, Verizon and AT&T agreed to limit the release of the technology within a 2-mile radius of many major airports. What could have been a crisis that crippled the airline industry ended up only grounding about 365 flights according to data from FlightAware obtained by Travel Weekly.

According to a report from CNN Business, about 80 percent of the U.S.’s commercial airline fleet is now cleared to fly. The post also includes a list of aircraft that have been approved to resume flying. Factors that are considered in obtaining clearance include the hardware being used and airports’ proximity to 5G service areas.

Doug Parker, the outgoing CEO of American Airlines, expressed confidence that potential issues are in the rearview mirror. In the airline’s recent fourth-quarter earnings call, Parker said, “It has taken a long time to get to the right spot, but we’re definitely in the right spot … I don’t think you’re going to see any material disruption going forward.”

Another leader in the airline industry, Regional Airline Association CEO Faye Malarkey Black, says that regional airlines are not out of the hot water quite yet. “We still can’t operate into many large airports and many more spoke airports. And that is going to be a problem when bad weather comes,” she said. Though they may not carry as many passengers as major airlines between hubs like Chicago and Atlanta, regional flights are still a part of the intricate transportation network that takes travelers where they need to go.

It isn’t clear how the remaining situation surrounding 5G and air travel will be resolved. While the 5G buffer areas have helped the flow of air traffic between major destinations continue, regional airlines are still awaiting updates from the FCC, FAA, and telecommunications companies. Doug Parker, the CEO of American Airlines, is optimistic about the outcome now that the private companies involved have open lines of communications, but time will tell when all flights can return to normal.

For more detailed information on how 5G technology impacts flying, be sure to read “5G Wireless Service And Flight Safety: What You Need To Know” by TravelAwaits writer and airline pilot Christy Karsten. Also, check out our previous coverage on the 5G rollout issue. 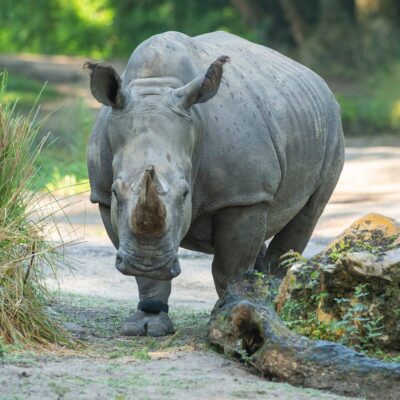