If it seems like U.S. national parks have gotten more crowded over the last couple of years, you’re not mistaken.

The first indication some parks have been logging record attendance numbers is that the National Park Service (NPS) has instituted timed-entry reservation requirements for some parks known for their crowds and traffic.

It probably won’t come as a surprise, but some national parks did indeed set new visitation records in 2021.

While the park may have a Tennessee address, Great Smoky Mountains straddles the border between North Carolina and Tennessee. The park, which features more than 800 miles of hiking trails, includes what the park calls “cascading waterfalls” and more than 500,000 acres of forest that’s home to a wide variety of wildlife — including approximately 1,500 black bears and more than 1,500 flowering plant species.

“In the last decade, park visitation has increased by 57 percent,” Alan Sumeriski, Great Smoky Mountains’ acting superintendent, explains in the article. “While increasing visitation presents complex challenges, we are honored to care for a park that is special to so many people.”

One of America’s premier wilderness areas, Yellowstone encompasses more than 2.2 million acres and has more than 900 miles of hiking trails. Yellowstone is widely known for its wolves, bears, and other wildlife and thermal features such as the Old Faithful geyser. Also of note, Yellowstone is the nation’s oldest national park and is celebrating its 150th anniversary this year.

Last year, more than 4.8 million people visited Yellowstone, the NPS reports. Not only is that 1 million more visitors than in 2020, it’s also about 600,000 more people than the previous record attendance of 4.2 million in 2016.

Interestingly, July 2021 was the most-visited month on record in Yellowstone’s history. It also was the first time more than 1 million people visited the park in a single month.

Grand Teton isn’t too far south of Yellowstone, so in many respects, the two parks are similar.

Located in northwestern Wyoming — north of the town of Jackson and south of Yellowstone — Grand Teton is known for hiking, backcountry exploring, climbing, and mountaineering. The park features 310,000 acres of valley floors, mountain meadows, alpine lakes, and peaks of the Teton Range.

Glacier National Park, which the NPS calls the “Crown of the Continent,” is known for its rugged mountains, spectacular lakes, and more than 700 miles of trails. One of the park’s most popular attractions is the Going-to-the-Sun Road, an almost 50-mile scenic road that makes its way through the park — and even crosses the Continental Divide at Logan Pass.

As of December 1, 2021, 3 million visitors had traveled to Glacier. That number means 2021 was the second highest year for attendance at Glacier, lagging only behind 2017 — when a record 3.3 million people visited the park, the NPS notes.

“The 2021 numbers could be somewhat skewed, though,” a Daily Inter Lake article points out. That’s because “the park says it turned away approximately 300,000 visitors when Glacier required a ticket for motorists to enter the Going-to-the-Sun Road corridor from 6 a.m. to 5 p.m. from Memorial Day weekend through Labor Day weekend.”

Acadia National Park, called the “Crown Jewel of the North Atlantic Coast” by the National Park Service, is a 47,000-acre recreation area on the Atlantic coast. Visitors to the park, which is primarily on Maine’s Mount Desert Island, can see and enjoy 27 miles of historic motor roads, 158 miles of hiking trails, and 45 miles of carriage roads.

Acadia National Park, on Maine’s Atlantic coastline, saw a surge of visitors in 2021. The NPS reported that nearly 800,000 people visited Acadia in August alone, and that Acadia had an estimated 2.75 million visits through August 2021 – which is about 84,000 more visitors than the park saw in 2020.

However, Kevin Schneider, Acadia’s superintendent, told the Acadia Advisory Commission that park officials expected Acadia to be especially busy in September and October, as usual, the Bangor Daily News reports. With that trend in mind, Schneider said the park could see 4 million visitors this year, which would set a new annual attendance record.

Geologic forces have been at work for roughly 65 million years — exposing and then eroding sandstone layers at Arches, the NPS explains. The resulting red rock landscape at Arches “might feel timeless, dream-like, or even other-worldly,” the NPS notes. It seems mind boggling, but the national park is home to more than 2,000 natural stone arches, towers, pinnacles, and balanced rocks.

With that natural beauty in mind, it’s not surprising that visitation at Arches, which is just five miles outside Moab, Utah, has steadily climbed each year for a decade. Indeed, from 2009 to 2019, visitation at Arches grew more than 66 percent, from 996,312 to 1,659,702, the NPS reports.

Through the end of December 2021, 1.8 million visitors had traveled to Arches, setting a new attendance record, the NPS notes. The previous record number of visitors in 1 year was 1.6 million which occurred in 2019.

Kait Thomas, Arches’ spokesperson, says in an Associated Press article that it isn’t surprising the park set a new attendance record, given that, at times, officials had to close the park’s gates because Arches was already at capacity.

You can find the rest of our U.S. National Park coverage here, including: 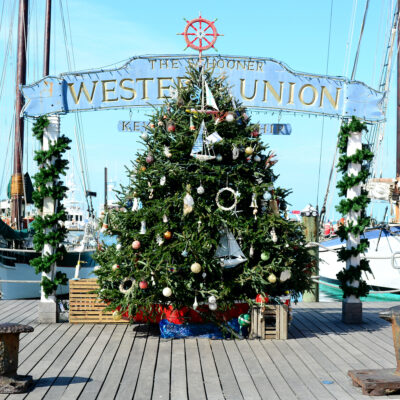