Premiering on February 18, Philadelphia’s Franklin Institute introduces Harry Potter: The Exhibition —  a traveling, interactive exhibit featuring all of the magic from J.K. Rowling’s wizarding world. Announced last November, the main reason for the new exhibition is to help the city of Philadelphia.

“When we went out to get this exhibition, we really looked broader because we knew this city needed some things to help in its economic recovery as we come out of COVID,” Franklin Institute president and CEO Larry Dubinski told The Inquirer. “The impact an exhibition like this can have, not just on the Franklin Institute but hotels, restaurants, and other arts and culture venues, will be a boon for the entire region.”

And, according to Imagine Exhibitions, the creators of Harry Potter: The Exhibition, the exhibit will immerse fans into not just the story, but the many wizarding worlds that J.K. Rowling has created.

“The exhibition celebrates the films and stories of Harry Potter, Fantastic Beasts, and the expanded Wizarding World utilizing best-in-class immersive design and technology,” says Imagine Exhibitions. “This groundbreaking touring exhibition presents beautifully crafted environments that honor the iconic moments, characters, settings, and beasts as seen in the films and stories of Harry Potter and the Wizarding World while exploring the filmmaking magic that brought them to life.”

With HBO Max’s recent release of Harry Potter 20th Anniversary: Return to Hogwarts, the exhibition’s opening comes at a time of the most Harry Potter buzz since the film series ended in 2011. And the Franklin Institute and the city of Philadelphia are certainly cashing in on that buzz.

According to Philly Mag, the museum sold over 39,000 tickets for the exhibit in just the first week of its announcement. Its presales have already “exceeded the advance sales for every other exhibit in the Franklin Institute’s history except for the 2007 King Tut exhibit and ‘Marvel: Universe of Super Heroes,’ which ran at the museum in 2019,” stated Philly Mag.

With almost a full month until its February premiere, Harry Potter: The Exhibition has the chance to break the museum’s all-time record for ticket sales. But the hype doesn’t have to stop there. Harry Potter fans can experience the exhibit before it even opens.

A golden snitch, the iconic symbol from the Harry Potter series, can be found at locations all around the Philadelphia area, offering fans the chance for an overnight stay in the city and to be the first guests to experience the exhibition.

Although their locations were announced back in November, you still might have the chance to find a golden snitch in one of four areas: The Kimmel Center, Independence Visitor Center, the Promenade at Sagemore in Marlton, New Jersey, and Peddler’s Village in New Hope, Pennsylvania.

But for those who want to get right to the Franklin Institute, here’s how you can purchase tickets for Harry Potter: The Exhibition.

The museum also offers VIP access to the exhibition and all ticket information can be found here. You can also check out how to purchase a group ticket package.

All tickets to Harry Potter: The Exhibition include general admission to the Franklin Institute. All museum guests, 3 years and older, are required to wear a mask. Proof of vaccination is not required to visit the museum.

Opened in 1824, the Franklin Institute was originally dedicated to science and the many works of Benjamin Franklin, who is the namesake of the museum.

Featuring temporary and permanent exhibits, the museum has served for years as an educational headquarters for younger generations in the Philadelphia area. And, for many, it eventually became a nostalgic look at the past for generations that returned with their children and grandchildren.

Among some of the long-standing exhibits at the museum are the Giant Heart, which the museum refers to as “a rite of passage for children in Philadelphia,” the physics-filled playground known as Sir Isaac’s Loft, the Planetarium — 60 feet in diameter — and much more.

The museum is located next to Philadelphia’s Logan Square and is less than a mile from City Hall — which stands in the direct center of Philadelphia.

Just around the corner, you can visit the Academy of Natural Sciences, built in 1812, which is even older than the Franklin Institute. See the symbolic Cathedral Basilica of Saints Peter and Paul, take the trek down to City Hall, and visit Love Park on the way.

If you get hungry while you’re learning, there is a restaurant at the Franklin Institute called The Eatery, and proof of vaccination is required to eat there according to Philadelphia’s indoor dining mandate.

You can also venture outside of the museum and explore where to eat and stay near the Franklin Institute. For accommodations right near the museum, you can check out the Four Seasons Philadelphia for a luxurious stay in the city; and for good eats and a beer, go to City Tap House, located right on Logan Square.

For more to do in the City of Brotherly Love, check out our Philadelphia coverage: 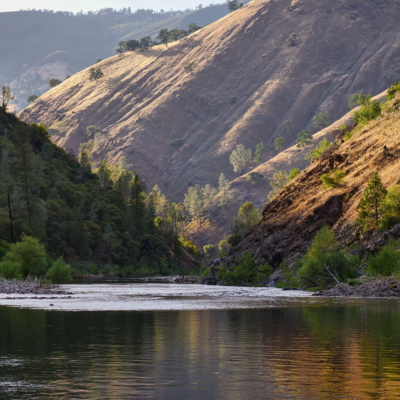