13 Incredible Venues To See A Broadway Show In The Midwest

I’ve never been to Broadway in New York, but I’ve seen several Broadway shows. One of the nice things about living in a mid-sized Midwestern city is that our local theaters host their fair share of national tours of Broadway shows. From Ragtime, the first Broadway-style show I saw at Minneapolis’ Orpheum Theatre, to Hamilton, Midwesterners can enjoy the luxury and thrill of Broadway without leaving home. My wife and I learned of a couple who actually fly into Omaha to watch shows at our downtown Orpheum Theater rather than travel to New York because they prefer the convenience of Omaha and still enjoy a quality production.

While not every Broadway musical makes its way across the country, the more popular ones do, and they’re the shows production companies bank on attracting sold-out audiences. So, if you missed Cats on Broadway, somewhere, sometime, you’ll likely find it on tour, or even performed by some of the outstanding community theaters around the Midwest. Community theater is far different from the town plays we may remember from our youth. Today, some actors prefer to stay near home and perform their craft in theaters on par with the professional stage.

Whatever your preference for entertainment, you’ll find outstanding shows across the region. Here are a few vintage live theater recommendations to visit to enjoy outstanding performances in the Midwest.

Opened in 1929, the Fabulous Fox Theatre operated as a movie palace, hosting world premieres such as The Spirit of St. Louis and The Trouble with Angels. It also hosted live shows, including the Ziegfeld Follies, as well as concerts. But, as with several theaters of its era, the Fabulous Fox ran into financial and structural issues, eventually closing in 1978. Seemingly destined for demolition, the theater was saved in 1981 and underwent a massive renovation, restoring it to closely resemble the Fabulous Fox of 1929. Since then, the Fabulous Fox has hosted national Broadway tours, concerts, and special events.

In need of a new performing arts center, Des Moines voters narrowly rejected a new theater in the 1970s. Refusing to give up, theater supporters raised about $9 million in only a few months to build a new performing arts center. Today, downtown’s Des Moines Civic Center hosts national touring performances, concerts, and other events. As part of the Des Moines Performing Arts, the civic center is joined by three other outlets — Stoner Theater, Cowles Commons, and Temple Theater — to offer central Iowa outstanding live theater. From community theater plays to Broadway, the Des Moines Performing Arts covers it all.

Omaha’s Orpheum Theater was the place to see live shows, such as Vaudeville acts and plays, when it opened in 1927. Home to live acts until 1961 — comedian Jerry Lewis was the last live performance — when it transitioned into a movie house. Movies played there through 1971 when The Barefoot Executive was the last before the Orpheum’s doors closed. A local charity bought the empty building 2 years later and donated it to the city with the caveat that only live theater be hosted there. A refurbished Orpheum Theater opened its doors in 1975 and has been the place to see great musicals and concerts since. As part of the Omaha Performing Arts organization, the Orpheum hosts several Broadway touring shows annually, including Rent, Hamilton, and The Millionaire Quartet. The Broadway hit Wicked is so popular in Omaha that the Orpheum keeps a trap door on stage for a key scene during the musical, which visits every couple of years.

If it plays in Peoria, America will love it. Isn’t that an old saying regarding the Illinois city? Perhaps not, but, Peoria is home to the Corn Stock Theatre, which has been producing outstanding community theater for nearly 7 decades. From theater in the round to outdoor performances, Corn Stock Theatre has been the place for actors to gain experience in interesting plays and musicals, such as Seussical! The theater hosts five shows during the summer and two each winter.

The New Theatre and Restaurant grew from an old movie theater, which had opened during the 1960s. The Glenwood Theatre was a luxury theater, with more than 800 seats. During the early 1990s, the location was deemed an ideal spot for a retail center. An Overland Park city council member thought the area would be the perfect setting for a dinner theater. With more than 600 seats, New Theatre is considered the largest dinner theater in the country. With auditorium-style seating that rises from stage side, the theater has tables that seat up to eight people. Following an outstanding buffet-style menu, guests can enjoy coffee or other drinks while they watch impressive traveling shows, such as Elvis Presley or Johnny Cash and June Carter Cash tribute shows, as well as plays and musicals featuring Hollywood stars, including Marion Ross and Morgan Fairchild.

Overlooking Cincinnati’s impressive downtown skyline from atop a hill, Playhouse in the Park has offered fantastic shows in an outdoor setting for more than 60 years, first starting in a park shelter. Quickly outgrowing its 166-seat setting, a new theater sprang up in the park. As the Cincinnati Playhouse in the Park enjoyed success, it became the place to kick off summer stock theater in the Midwest. Attracting stars such as John Hillerman, Patty Duke, Scott Bakula, Lynn Redgrave, and Mercedes Ruehl, the playhouse is a choice theater to share new plays and musicals.

Built as a pyramid in 1964, The Fireside Dinner Theatre took its name from the fireplace in the center of the room. As the theater grew in popularity, with shows performed by professional actors, The Fireside expanded until it grew into its current theater-in-the-round concept, with tables located next to the stage and located outward. As a dinner theater, meals are included in ticket prices. The Fireside offers a variety of musicals each year, from an ABBA tribute show to Sound of Music, Grease, and What Happens in Vegas.

For nearly 20 years, the Orpheum Theatre — then known as the Hennepin — was the site of vaudeville shows, kicking off with the Marx Brothers in 1927. The Beaux Arts-style theater hosted performances by Jack Benny and George Burns. The Orpheum transitioned into a movie house in 1940, featuring sold-out performances of Gone with the Wind, as well as concerts by Tommy Dorsey and Count Basie. It continued as a movie theater through the 1970s. Purchased from singer Bob Dylan and his brother in 1988, the Orpheum Theatre, which seats almost 2,900 people, reopened in 1993, featuring Broadway shows and concerts.

Following a $1 million gift in 1965, Chester Fritz Auditorium has been the site of Broadway national touring shows, such as Stomp, orchestra, and rock concerts, as well as comedy shows since 1972. Located on the campus of the University of North Dakota, the Chester Fritz has solidified its role over the past 50 years as a key player in Grand Forks’ performing arts scene.

Named to the National Register of Historic Places, the Missouri Theater opened as a movie house in 1927. In 1978, the city of St. Joseph bought the building, planning to turn it into a performing arts center. Today, you’ll find a variety of community plays and musicals, as well as national tours and concerts.

Opening in 1921 as the Sherman Theatre, the downtown movie house was among the largest in the Midwest, seating 1,700 people. Changing its name in 1930, the Paramount Center for the Arts is both a theater and community arts center. Hosting a variety of concerts and plays, the stage continues to be the main attraction. As an arts center, the Paramount sponsors classes ranging from sculpture making to painting.

As one of the nation’s largest community theaters, the Omaha Community Playhouse has a rich history. Its first production featured Dodie Brando, the mother of future Academy Award-winning actor Marlon Brando. The following year, Mrs. Brando recruited another future Hollywood legend when Henry Fonda made his acting debut. Fonda would go on to donate new seats for the main theater. Dorothy McGuire, another classic actor from Omaha, started her career at the playhouse. The Omaha Community Playhouse presents Broadway-caliber productions throughout the year on both the main stage and the more intimate Fonda-McGuire Theater. OCP’s most-popular show is A Christmas Carol, which sells out each season.

Wichita’s Crown Uptown Theater is a marvel in architectural design. One of 100 theaters designed by the Boller Brothers from Kansas City, the Crown opened in 1927 as a movie theater, debuting with Al Jolson’s The Jazz Singer. The theater is one of only 10 Boller designs still in use in Kansas. The Crown Uptown was sold and renovated into a dinner theater in 1976 and continues to host Broadway-style productions, such as Rent, The Wedding Singer, and The Addams Family Musical.

The Midwest is also a place for arts and history: 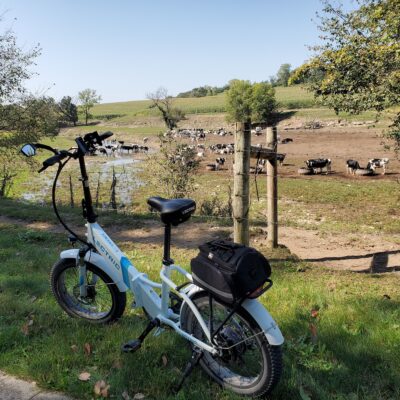 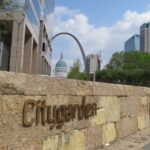 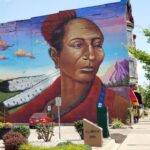 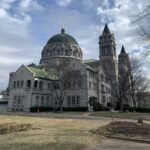 Midwest7 Unique And Beautiful Churches To Visit In The Midwest