8 Unique Spa Treatments That May Be More Stressful Than Relaxing

A treatment at the spa is relaxing, leaving you feeling wonderful, right? Generally, yes. But there are some treatments in the world that freak you out more than they would relax you. Obviously, everybody has their own personal bête noir, something they really dislike, which others might not feel so strongly about, but I have found some spa treatments that we can probably all agree would stress you out more than relax you.

For what it’s worth, I have only tried one of these personally. I have come close to others, as in therapists talking to me trying to persuade me to go for a certain treatment, but each time I said no thanks. Read on, and you’ll know exactly why I said no.

Part of what makes a massage so relaxing is the intricate skill of the massage therapist, their attention to your individual areas of concern, the strength and pressure used on your muscles, and their adeptness at making you feel tranquil and comfortable. Now, imagine not having a massage therapist, but two or three heavy pythons slithering across your body instead. Personally, I like snakes. Contrary to popular belief, they are not slimy, but cool and muscular, nice to the touch. But I am not sure I would either want a python slithering all over my body aimlessly, especially, if, say, I need attention on my neck or shoulder area. Nor am I too keen on them slithering anywhere near said neck. Pythons are, after all, known to kill their prey by strangulation.

Funny enough, these massages, available in Thailand, Indonesia, and further away, are touted as relaxing, while at the same time curing you of any potential snake phobia.

Pro Tip: You can reportedly try it in Kalibo Ostrich Farm in Barangay New Buswang, Kalibo, in the Philippines.

We all know honey is good for you, it has been used as a medical treatment for centuries. And a massage involving honey sounds lovely, doesn’t it? But with this particular treatment, there will be other sounds as well, such as hundreds of bees buzzing right next to you. Slovenia is famous for its apiculture, so much so, that the Slovenian beekeeping tradition is being nominated for recognition by UNESCO as an intangible heritage.

The Slovenians are not only producing honey but have created an entire tourism sector around apiculture and apitherapy, from honey tastings to staying in honeycomb-shaped cabins, to yes, honey massages in a beehive. In Kozjak, there is a mini spa, the walls of which are made up of beehives, so you are surrounded by hundreds of thousands of bees, feel the warmth from the hives, as well as the buzzing and humming that accompanies a busy bee. Relaxing as a whale song to some, rather stressful to others.

While snakes are not slimy, snails certainly are. And, while it is quite a treat to eat a dozen of them slathered in garlic butter when in France, having them slither across my face is another matter altogether. Yet, according to experts, snail slime is rich in humectant hyaluronic acid, which is hugely hydrating, and it contains high levels of antioxidants which are beneficial when it comes to reducing inflammation in the skin and promoting healthy collagen production. Now, why, and how people found this out, I am not sure, but snail facials are a big thing, and snail slime derivatives are available in numerous creams and facial masks. For the real thing, you basically lie back, listen to soothing music, and try and relax while at times gigantic snails are placed on your face and allowed to slide wherever they want to go. Just keep your mouth closed because these don’t come with garlic butter.

Pro Tip: When you find yourself in Amman, Jordan, visit this spa, famous for its enormous snails.

4. Breathing In A Salt Cave, Worldwide

Salt is good for you; salt is bad for you. The opinions are widespread, just as with coffee, red wine, and chocolate. But salt therapy is one of the most historic of all these mentioned, dating back to the mid-1800s to a salt cave in Poland. Known as Halotherapy, it does not involve eating salt, but instead sitting in a salt cave and simply breathing in the particles. A bit like taking deep breaths on the beach on a windy day, just without the wind and the sea, and the beach. Instead, you sit in a small cave. And, that is where it becomes stressful for some, because some caves are true caves and quite small, while others are bigger, purpose-built rooms with walls covered in salt bricks. I did try one of these, in Zulal Wellness Resort, in Qatar where the walls were built with pink Himalayan Rock Salt bricks, and you reclined on a heated tiled lounge, and simply breathed. Not claustrophobic, this one, instead utterly relaxing.

How do you feel about spending a few minutes in negative 200–300 degrees Fahrenheit? In a tight capsule wearing not a lot apart from socks and gloves? Cryotherapy, meaning cold therapy for obvious reasons, is extremely beneficial. A bit like cold water swimming, it shocks the body and not only releases happy hormones, but it is also beneficial for treating mood disorders, potentially helping with dementia and Alzheimer’s, joint pain, and rheumatism. While localized, it is used for migraine symptoms and even tumors. So, yes, you are encased in a capsule in utterly freezing cold temperatures, and with rather embarrassing outfit choices, but, apparently, you’ll come out happier and healthier for it.

Pro Tip: Full body cryo chambers can be found in nearly every major city, such as here in New York City. You can even pop in during lunchtime for a quick chill.

When I went to a travel mart, a fair where countries from around the world showcase why you should travel there, I was drawn to the Kazakhstan cubicle because I had heard miraculous things about the beauty of the countryside and the connection with the ancient Silk Road. I was talking to a lady who was singing high praises of her country when she mentioned that I might want to try Panto therapy. She launched into a detailed explanation about Panto therapy which — stop reading if you are skittish — involves bathing in deer blood. You can bathe in it, enjoy facials, use it in inhalations, and also have a derivative massage. Seeing my face turning green, she assured me that no deer dies for this, instead, the blood is taken from the marrow of shed antlers. She continued telling me how the blood and meat of a local type of deer contain 18 out of 22 naturally occurring amino acids, and how the blood cells help with anti-aging, digestion, and strengthening the immune system, among other benefits. I took a leaflet and ran the other way.

Dating to the ancient Egyptians and Romans, leeches have long been used to suck out bad blood to then stimulate new blood formation. “Bleeding” a patient, as was practiced in the Middle Ages through to the Victorian Age, was a similar approach, but leeches have always been popular. So popular, that in 1840, French surgeon Baron Charles Louis Heurteloup invented an artificial leech, which was a small medical instrument rather than a worm.

Today, leeches are still popular, with leeches attached to an area that, for example, underwent surgery, as the saliva of the leeches prevents blood clotting and as such speeds the healing process. Leech therapy is also used for hypertension, varicose veins, even hemorrhoids — which boggles the mind. And even though the leeches swell up while sucking your blood, they merely inject around 15 milliliters of blood per leech.

Pro Tip: You can book yourself in for a trial run of having your blood sucked by a worm with teeth, for example here in London.

Just when you heard it all, from having your blood sucked to being massaged with others’ blood, from snails sliding across your face to snakes massaging you, how about having bird poop spread all over your face in a quest for beauty? We all know about the ethereal beauty of Japan’s Geishas, who, under their make-up, are supposed to have smooth, unblemished skin. Well, it seems that they might get that desirable skin by treating themselves to facials involving the poop of the Japanese bush warbler, a nightingale. The poop of this bird, and no other species, reportedly breaks down the first layer of your skin, like an exfoliation, leaving you with a brand-new, super-soft layer. Making it a little less icky, the bird poop is actually turned into a powder before use, so you don’t get treated with fresh, original bird poop. Which is something, I guess.

Pro Tip: Give your face that soft Geisha’s glow at this spa in New York City.

If these exotic spa treatments aren’t to your liking, you may want to visit one of these spas for more conventional treatments: 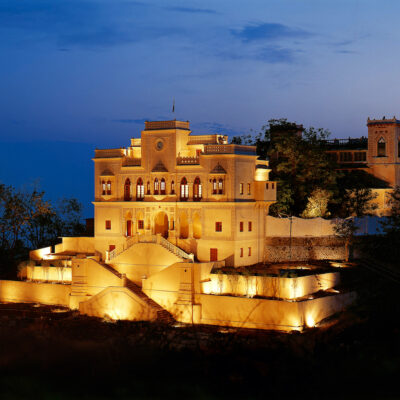 Spa Resorts7 Luxurious Spa Treatments To Experience Around The World 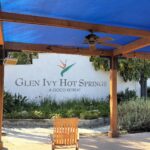 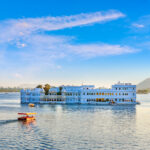