Why A Helicopter Tour Of Kauai Is The Experience Of A Lifetime, According To A Former Tour Pilot

After flying 2,500 helicopter tours of Kauai, I can tell you it’s the experience of a lifetime.

I could start with the island’s incredible beauty, its lush, tropical splendor, cascading waterfalls, daily rainbows, and ideal year-round temperature. Most guidebooks start there.

Instead, let me put you in the helicopter with me while I take you on a tour, so you can see for yourself.

You’ve boarded the aircraft, buckled up, heard a safety briefing, and donned your headset. The engine whines to life, the blades spin overhead, and your pilot lifts the collective and hovers to the takeoff pad. With a nudge of power, the aircraft moves forward and surges into the azure Hawaiian sky. You bank westward and head toward the mountains as Hawaiian slack-key guitar music plays in your headset.

You cruise toward the interior of Kauai, a landscape so rugged and pristine that many famous movies were filmed here: Jurassic Park, South Pacific, The Descendants, Six Days, Seven Nights, and many more. Your pilot knows where those films were made and will show you if you ask.

Speaking of movies, you cruise west, cross a ridge thick with Kukui trees and ginger plants, and descend into a small ravine. Ahead, you see a waterfall resembling a bridal veil. This is Manawaiopuna Falls (pronounced monna-why-a-puna, “mountain water of Puna” in Hawaiian). In the opening scenes of Jurassic Park, when scientists arrived by helicopter, they landed at the base of these falls.

You head toward Waimea (pronounced why-may-ah, Hawaiian for “red water”) Canyon, the rugged, red-hued gash in Kauai’s west side that’s 8 miles long, and 3 deep. The Waimea River runs through it. You drop into the canyon, cruise past knife-edge crags, breathtaking drops, and waterfalls that shimmer in the sun. The rust-red color comes from the iron oxide soil. It’s the branding color of Kauai. You’ll even see it on T-shirts at Hilo Hatties gift shop back in Lihue. It also explains why, out of courtesy, Hawaiian people remove their shoes when entering a house. Iron oxide is rust. It forms when ferrous volcanic soil oxidizes under 7 million years of tropical sun.

Climbing out of Waimea Canyon, you angle toward the ocean. Take a breather now, and get the camera ready, because you’re about to see the most spectacular 17 miles of coastline on earth.

Your pilot crosses a final ridge above the pounding surf, and immediately an indescribable vista explodes in front of you: You’ve reached The Na Pali Coast!

In Hawaiian, Na Pali means “the cliffs.” Sheer volcanic walls 3,000 feet high, like the ramparts of a castle covered in lush, tropical greens, yellows, and reds form a mossy if majestic barrier against the pounding sea. You duck into the Honopū Valley, a defile where ancient Hawaiians once lived. Look closely here — you might see mountain goats tight roping along Honopū’s near-vertical cliffs.

Leaving Honopū (hon-a-poo) Valley, you pass a jagged, vertical rock formation called The Cathedrals, then cruise into the next valley called Kalalau (kah-lah-low). Study the valley floor closely here, and you may see hikers, and some squatters as well. Several people live off the grid in Kalalau Valley. A few of these jungle denizens even wear clothes from time to time! This is the end point of many a hiker’s fantasy trek, the Kalalau Trail. See Joni Sweet’s TravelAwaits article from June 2019 for details.

Suddenly, your pilot says, “get the cameras ready, folks!” You look out as a double rainbow shimmers into view, its rich pastel colors like paint on an artist’s palette. You snap photo after photo, then you notice something strange, something you’ve never seen: The rainbow is circular! As your pilot slows the helicopter, waiting for you to get just the right shot, you see that the rainbow has no end. It turns around on itself in a perfect circle.

You leave Na Pali behind and cross the Hanakapiai ridge. The pointed end of this ridge was the model for Bali Ha’i in South Pacific. Below to your left is Ke-é (Kay-Ay) Beach, the northwest corner of Kauai, and where the Kuhio Highway, Rt. 560, ends.

Tunnels Beach, a great snorkeling spot is just beyond, and further east is Lumahai Beach, where Mitzi Gaynor sang “wash that man right out’a my hair” in South Pacific. Turn right, and directly in front of you is massive Mt. Namolokama, which has the world’s highest continuously running waterfall. The cascade drops 3,000 feet into a small pool at the mountain’s base. Hawaiian royalty, called the Ali-i, once used this pool for religious rites.

Saving the best for last, your pilot heads south and slows the helicopter near Mt. Waialeale (why-ali-ali, “rippling water” in Hawaiian). Waialeale is the long-dead central volcano that created Kauai 7 million years ago. You are now at the geographical center of Kauai. Three million years ago, this volcanic mountain exploded, and the blast left a gaping hole in its east side. The gap is now the perfect entry point for… tour helicopters! Your pilot enters the eerie, charred cavern of the volcano and hovers inside in a slow right turn. This view is breathtaking, especially when waterfalls coat the crater’s sides. You fly out the same way you entered, and you can now tell friends at home you’ve flown around inside a volcano! Note: At the top of this mountain is the wettest spot on Earth, with annual rainfall averaging five feet!

Heading into the airport, you understand why a helicopter is the only way to see all of Kauai, the only way to see Na Pali, and Namolokama, Waimea Canyon, Honopū Valley, and the crater of Mt. Waialeale. No roads lead to the waterfalls. None cross Waimea Canyon. The Na Pali Coast can’t be reached by car. You land at the airport, knowing you’ve had the experience of a lifetime.

Mid-March to mid-June. Book a midday tour. Fly on your first full day on Kauai, not your last day. If weather cancels your tour, and you’re leaving the island the next day, you’ll miss out. Fly the first full day!

If you want to see whales, book a tour in January or February. Keep in mind that Kauai’s weather is wetter then, and thus there is a higher chance your tour will be canceled. The whales arrive near Kauai in December and leave Hawaiian waters by the end of March. As Jim Fulcher wrote in October 2021, a humpback was spotted near Maui in October, but that’s rare.

Pro Tips From A Tour Pilot

When you arrive at the tour company office, you’ll sign in, step on a scale, put on a flotation device the FAA mandates, and then head to the flight line. You must go to the office first, not the flight line. The total time for a tour can be about three hours from arrival to departure.

Your pilot greets you and gives a safety briefing. Pilots assign seating based on weight and balance and safety. There are no bad seats.

The exertion level for tourists is very low. Tours are suitable for any age and any level of physical condition. However, the helicopter is not equipped for non-ambulatory passengers.

As in Joni Sweet’s 9 Adventurous Things to Do In Kauai, Hawaii, the Kalalau Trail hike is a strenuous, nonetheless bucket list item for serious hikers. The full trail is 11 miles, and is, therefore, an overnight trek. 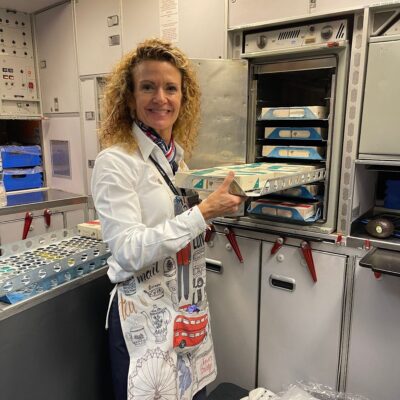 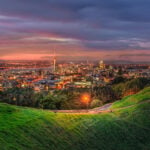 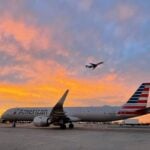 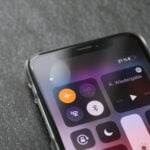