The Mexican government announced it will send nearly 1,500 National Guard troops to Cancun to increase the area’s security. The deployment is in direct response to increasing drug-related gang violence that has killed tourists and – potentially – decreases the region’s popularity as a tourism destination.

In late October, two tourists were killed and three were wounded in the Mexican Caribbean resort town of Tulum, near Cancun, when rival drug-dealing gangs exchanged gunfire. Then, earlier this month, gunfire exchanged by rival drug-dealing gangs on a beach in Puerto Morelos — south of Cancun – left two alleged drug dealers dead and sent tourists scrambling for cover.

“That can’t happen again,” President Andrés Manuel López Obrador said this week, the Associated Press reports. “We have to avoid that happening. That’s why there’s this plan [to deploy National Guard troops] to reinforce security.”

On October 20, two tourists were killed and three were wounded in a shooting at a restaurant in the Mexican Caribbean resort town of Tulum, the Associated Press reports.

One of the women killed was from Germany and the other woman was from San Jose, California. The three wounded included two Germans and a tourist from the Netherlands.

The shooting broke out at a street-side eatery that has some outdoor tables, right off Tulum’s main strip. The tourists were at the restaurant and were caught in the crossfire between warring gangs that operate street-level drug sales in the area.

One woman died at the scene while the second woman died after being transported to a hospital. One of the gunmen was wounded and arrested later.

Earlier this month, two men who were not tourists were shot and killed on a beach in Puerto Morelos, a resort just south of Cancun.

The men, who earlier in the day claimed to be drug dealers, were killed by 15 alleged members of a rival group of drug dealers, authorities say. The armed suspects then escaped in a stolen motorboat.

The exchange of gunfire on a beach outside two large resorts sent tourists and hotel staff alike running for cover.

Mike Sington, who was staying at the Hyatt Ziva Riviera Cancun, posted videos of hotel staff and tourists gathered inside the resort on social media.

“Guests are telling me they were playing volleyball on the beach, gunman approached firing gun,” Sington posted. “Everyone ran from beach and swimming pools. Staff hustled us into hidden rooms behind the kitchens.”

After President Obrador announced in a press conference that the National Guard troops will be deployed, Defense Secretary Luis Cresencio Sandoval explained that 1,445 guard members will be sent to Quintana Roo state’s Caribbean coast to reinforce the region’s security.

The troops will establish a base in the beach town of Tulum. Sandoval also said the Mexican Navy will “contribute an additional 100 elements to the effort and increase intelligence gathering efforts in the area.”

The additional security will begin operations by December 1, Sandoval said.

If you’re planning a trip to Cancun or somewhere else along Quintana Roo’s Caribbean coast over Thanksgiving or the winter holidays, keep in mind that the U.S. State Department bluntly warns U.S. citizens to “Exercise Increased Caution When Traveling To Quintana Roo State due to crime.” The warning goes on to note that “Criminal activity and violence may occur throughout the state.”

Be sure to check out all of our Mexico and Cancun coverage as well as the following related articles: 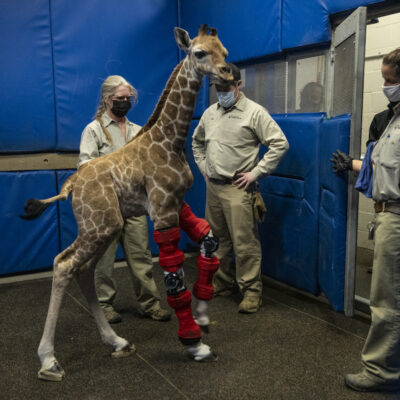 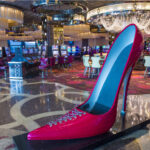 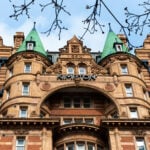 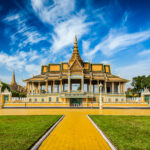