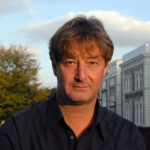 Adam Jacot de Boinod
What Are Your 2023 Travel Plans?

Once again, London is open to all and sundry, and while we’ve all been locked down around the world, here in this prestigious city, new ventures have been preparing to launch or relaunch with a vengeance — and with some staggering results. I got to stay and take a look at the latest luxury hotels to open in the capital, and here are five of the most gorgeous.

The Guardsman is tucked away down a quiet street and is a treasured little hideaway. It has the unmistakable and quintessential air of a British private members’ club, being boutique and suggesting exclusivity. Perfect for one-on-one experiences. It’s named after the soldiers who protect the Queen at Buckingham Palace literally just up the street, with the additional local attractions of the Houses of Parliament and Westminster Abbey all within walking distance and minutes from the connecting train to Gatwick Airport.

Along with its 53 rooms are six residences. Capitalising on the daylight, the rooms have herringbone parquet flooring, there are carefully selected books and modern features — such as the TV converting into a mirror — and the space is creatively and artistically used overall.

The reception extends into the drawing room and beyond a “gentleman’s” library. The décor is bespoke furniture, with reworked Persian rugs and one sofa being an exact reproduction of the one used by Jackie Kennedy in the White House.

Downstairs, the dining room has less than a dozen tables. This space is characterized by dark wenge wood and glass with deep olive green and gold, repeated in the plants and a lit-up, state-of-the-art circular staircase. The staircase offsets the hotel’s signature icon, a linear bronze anodized metal grille with randomly patterned bars. The bar is funky, with green tiles and a great music selection. It’s smart, glamorous, and, in a word, characterful. Refreshingly, there are no set times for service, which is what we all actually want as guests. It’s rich, relaxing, luxurious, and a nurturing and fun place to kick back after a day out sightseeing.

Less intimate than The Guardsman and contrastingly vast in its foyer is Middle Eight. It’s unimposing down the street, but face on, it has an impressive grandeur of its own that sets the tone for the treasure that’s inside. It’s bang in the middle of London’s West End, on the edge of the buzzing district of Covent Garden, the heart of the city’s Theatreland and a perfect base from which to catch a show or two.

As I entered the golden entrance of the lofty lobby, I felt a welcoming warmth, for along a curvaceous wall, there was a wonderful line of lit-up fires like beckoning beacons. Here it’s all buttons, knobs, and swipe cards. Indeed everything is literally at one’s fingertips. But of all the state-of-the-art gadgets and gizmos, it’s the lighting that’s the icing on the cake — the highlight if you like. A stunning lit-up staircase of glinting and gleaming golden rails and wooden steps took me down to QT, a speakeasy on the lower ground floor that from this autumn will be offering jazz, open-mic sessions, and theater. It has an uber-cool ambiance with an industrial chic mixture of terracotta and aqua set amongst concrete structures and marble tables.

Some of the rooms and suites have names that jump out at you, like Radar and Downtown. All in keeping with the trendy vibe. My suite was slick and tasteful with a stand-alone bath, and it was decked in wenge wood with live walls of plants vividly suggesting an indoors/outdoors feel. It was all thoroughly thought through. I enjoyed Sycamore, the open-planned Italian restaurant where I ate extremely well, sitting in my teal seat amongst the spacious setting of marble tables. Middle Eight is both eclectic and funky.

A mere stone’s throw from London’s West End, The Prince Akotoki is all you can want after perhaps an afternoon’s shopping on nearby Oxford Street. For it’s a sanctuary and “a place where East and West exist in perfect harmony,” as the hotel declares. Indeed, as I walked in I felt an immediate and huge sense of calm. That stillness that comes from the careful planning of light and space; those zen proportions within its minimal setting.

The name Akatoki means “sunrise” and references the sense of awakening, of relaxation, and of rejuvenation. All 82 rooms and suites have plush beds and luxurious rain showers. Throughout are oversized wicker lanterns, “fusuma” sliding doors with dark wenge wood, and screened wardrobes.

The Malt Lounge & Bar offers Japanese whiskies and homegrown sake. Here I felt an overall sense of sunset, of a cabin-like den in which night-time overrides the day. Next door the TOKii restaurant is a delightfully long room with a centerpiece of flowers. It has an open kitchen and sushi bar with slate-colored seats and tiles. There’s deliberately no artwork in order to draw attention to the activity of eating from the organic-shaped glaze-finished plates and dishes. The precision in presentation is exquisite, and the service telepathic.

And the food is fabulous. It has a fusion cuisine, and I thoroughly enjoyed lotus root crisps, edamame, miso soup, shrimp tempura, kinoko mushrooms, and a great variety of sashimi. The hot stone wagyu beef is totally fat-free, and the yuzu and raspberry posset with pistachio shortbread was the perfect end to a perfect evening. For everything is exquisite down to the most minimal of details.

Managed by Hilton and one of four of their luxury brand “LXR,” The Biltmore Mayfair is located in London’s prestigious Grosvenor Square, which has strong connections with America, being home to her former embassy. The square’s gardens host statues of both Franklin D. Roosevelt and Ronald Reagan. The area is called Mayfair, and it’s the most expensive on the English version of the Monopoly game. It consists of lovely Georgian architecture and is a short walk to the shops of Oxford Street, Regent Street, and fashionable Bond Street — next to which is Savile Row, where the English gentlemen have their suits made.

The hotel entrance has a floral display with an abundant amount of flowers as its centerpiece, emphatically letting me know what I was in store for. Out of the 300-plus rooms and suites, mine had floral paneling, a large Chinoiserie mirror, wenge wood, and curvaceous furnishings topped by a gorgeous emerald-green velvet sofa. I luxuriated in the Italian marble bathroom, with its freestanding, egg-shaped bath and Toto loo.

I ate well from the confidently small menu of modern European cuisine at Café Biltmore Restaurant & Terrace. Sitting outside beneath powerful heaters in this cool and glamorous restaurant, I watched cloches, crumbers, and piping-hot bread be served with a decided theatricality. It’s opposite the ballroom.

Where else in Mayfair can you be surrounded by plants and unaffected by defiling pigeons or noisy traffic? As Samuel Johnson, the famous lexicographer and man-about-town, was famed for declaring: “So, when a man is tired of London, he is tired of life, for there is in London all that life can afford.” And I can vouch for that staying here in London, in Mayfair, and at The Biltmore.

Representing Pan Pacific’s first hotel in Europe, the hotel just opened this September in the heart of London’s financial district, bang opposite Liverpool Street Station and near the trendy neighborhood of Shoreditch and the major tourist attractions or St. Paul’s Cathedral and the Tower of London.

The foyer is imposing and stylish, with its organic-shaped staircase looping its way up to the restaurant on the second floor. It leads onto the Orchid Lounge, which makes great use of its lights offset by banana leaves. Straight away in this ambiance, I felt away from the hurly-burly of London’s busy business life. The lounge led seamlessly onto the Ginger Lily bar, an exclusive nook darkened both in daytime and at night and offset only by its outdoor terrace. My room was decked out in beige colours and wooden veneer paneling and equipped with all that’s necessary. This airy, spacious room was luxurious yet calmed by harmonious and timeless tones. Everything came, like presents, in smart wooden boxes: silk eye blinds, chocolates, and even the TV remote control. The bathroom sported excellent Diptyque products.

Dining at the Straits Kitchen restaurant is a restful experience. Here I picked from a charming and well-illustrated menu showcasing the melting pot of cuisines represented in multicultural Singapore. As for the breakfast, I was spoiled for choice by a buffet that rivals the finest of patisseries. I went for a swim in the wonderful long infinity pool overlooking the stunning Classical façade of the St. Botolph-without-Bishopsgate church. On this 4th floor, devoted entirely to wellness with its treatment rooms and relaxation pods, there’s everything a traveling business person needs to relax. And thanks, too, must go to the ever-attentive and obliging staff, who offer their sincere Singaporean hospitality within this brand-new contemporary London design.