Straddling the states of Kansas and Missouri, the Kansas City metropolitan area is home to more fountains than Rome, more boulevards than Paris, and two million of the friendliest people you’ll ever meet. The Barbeque Capital of the World is also proud to be the home of designer Kate Spade, author Gillian Flynn, and actor Jason Sudeikis.

And now my favorite cowtown — the whole Kansas City metro — is delighted to be the home of People’s 2021 Sexiest Man Alive.

Whether he first caught your eye as Josh, Cher’s step-brother, in the movie Clueless, or more recently as Marvel superhero Ant-Man, there’s a good chance Paul Rudd’s charming smile and unassuming good looks made your heart skip a beat. If not, this author thinks you’re probably lying.

Born in New Jersey, Paul Rudd moved to the suburban KC town of Lenexa, Kansas, when he was 10 years old. It was in this town of 56,000, about 20 minutes from downtown Kansas City, that he attended Broadmoor Junior High and graduated from Shawnee Mission West High School (with several of my fellow Class of 1987 friends). He then attended the University of Kansas in Lawrence.

Whether you admire him for his acting skills, writing talent, or good looks, here are six reasons you’ll want to visit Paul Rudd’s hometown — meaning both Lenexa and the wider Kansas City area.

Home to nearly 100 barbeque joints, Kansas City’s name has been synonymous with slow-cooked, smoked, and grilled meat for more than a century. If you visit in June, stick close to Paul Rudd’s suburban home by sampling the delicious talent on display at the Great Lenexa Barbeque Battle, or sink your teeth into saucy ribs and tender chunks of burnt ends at Zarda and Hayward’s BBQ (in nearby Shawnee) year round. You can also take your tastebuds on a trip farther beyond Lenexa with these seven popular Kansas City–area barbeque restaurants and a trip to the Barbeque Hall of Fame.

Pro Tip: While the barbeque in Kansas City is out of this world, here are 10 additional reasons to visit.

2. If You’re Still Hungry, Try Some Chili (And More)

That’s right — every year, Lenexa hosts a Chili Challenge, and it’s more than just a chilli cookoff. Upwards of 200 teams compete in chili, salsa, and hot wing–making contests, all vying for the Grand Championship. It’s a tasty time for all attendees.

If you need a drink, head to Limitless Brewing, which hosts live music, trivia nights, and always offers a spread of interesting brews, from hazy IPAs to cream ales.

Like many residents of the Kansas City metro area, Paul Rudd is a big fan of its professional baseball and football teams. Enjoy a ballpark hot dog and cold beer on a sunny summer day while cheering on the Kansas City Royals at Kauffman Stadium, or step into the loudest sports stadium in the world by adding your voice to the roar of Kansas City Chiefs fans at Arrowhead. Both are on the Missouri side. If you visit Kansas City during college basketball season, take a road trip to Lawrence, Kansas, and wave the wheat while supporting Paul Rudd’s beloved Kansas Jayhawks.

Pro Tip: While Paul Rudd didn’t appear in any episodes, here’s how to continue a star-struck adventure in Kansas City like the Fab Five from Queer Eye.

If you visit Kansas City in September, don’t miss the Plaza Art Fair. For one amazing weekend, nine blocks of the Plaza are blocked from motorized traffic so that painters, potters, photographers, and other artists can display their art. Incorporated into the experience are food and drink stands and live music.

And if you visit Kansas City between Thanksgiving and mid-January, the Plaza Lights are one of the best holiday experiences in Kansas City. What started as a single strand of 16 rainbow-colored lights strung above a doorway in 1925 has evolved to more than 80 miles of multi-colored bulbs outlining every window and tower of the Country Club Plaza.

Pro Tip: These are the best places to photograph the Country Club Plaza Lights in Kansas City.

From an urban hike that shares the history of Kansas City in a unique way to a segway tour that winds past Kansas City’s most famous landmarks and most beautiful fountains, Paul Rudd’s hometown is full of unique tours. Learn about the town’s gangster past, admire amazing street art, and eat (and drink) your way through the City of Fountains with these unique Kansas City tour experiences and scavenger hunts.

6. Fangirl While Supporting A Great Cause

Get a glimpse of the Sexiest Man Alive while supporting a great cause by visiting Paul Rudd’s hometown during the annual Big Slick fundraiser. Founded in 2010 as a celebrity poker tournament, Big Slick Celebrity Weekend has grown to so much more. In partnership with fellow Kansas Citians Jason Sudeikis, Rob Riggle, and Eric Stonestreet, the event attracts stars from around the country for an action-packed weekend in Kansas City that features celebrity tournaments, a live auction, and more. Enjoy a star-studded softball game before the Kansas City Royals take the field, fill the street at the Big Slick Block Party, or sit back and enjoy the show at the T-Mobile Center while raising money for Children’s Mercy.

Whether it’s delicious barbeque, the cheer of the crowd, upscale boutiques, an interactive tour, or charitable cause, you’re sure to enjoy your time in the home of the newly crowned Sexiest Man Alive.

See more reasons why you should visit this area: 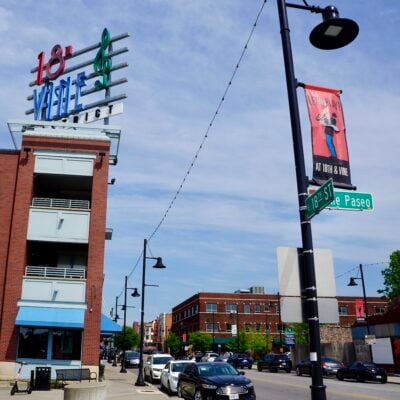 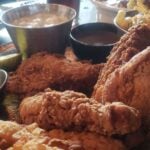 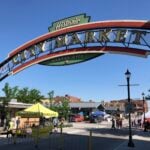 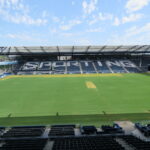