One of my first trips to Arizona took me to Canyon de Chelly, one of the most impressive works of art of the Colorado River. Part of the Navajo Nation, my visit to this park gave me my first introduction to their culture.

I was 25, on my first trip to the American Southwest, less than a year after I landed in New York. Everything about America was still new to me, let alone just the Southwest. My romanticized ideas about the Indigenous cultures of America came from James Fenimore Cooper’s novels like The Last of the Mohicans and its sequels, and from German writer Karl May’s works, whose protagonists were Apaches.

Visiting The Tribal Land Of The Navajo Nation

Years after my first encounter with fictional Native American characters, here I was, visiting real-life tribal lands — meeting real members of a tribe. Needless to say, none of it was anything I imagined.

In fact, being in the land of the Diné reminded me more of my old home, different from the rest of the U.S. Growing up, I was used to seeing sheep and goats in the open, or near the roads; something I haven’t seen in the rest of the U.S., but here it was a common sight.

People here were more reserved, didn’t ask too many questions, and didn’t try to establish eye contact. Growing up in a culture that valued these traits, I felt comfortable.

After setting up our tent in the park’s campsite, we went off to explore.

Learning About The Diné Culture

In the visitor center, we learned about the Diné, who migrated from Canada’s west coast. We even entered a hogan, the traditional Diné home. Though it was empty — if you visit now, you’ll see the same hogan furnished — we learned the proper way to enter it and its significance, not only as a home but also as a family’s ceremonial center.

Hiking down into the canyon to the White House Ruins, the only self-guided trail available, we met locals, women and children, going up and down the steep trail without breaking a sweat. Even in good hiking shoes, we couldn’t keep up. Sheep and goats grazed the canyon bottom on their own, with no one watching them.

Ranger Talk And The Friendship Dance

At night we joined two young local Diné for a ranger talk at the campground. With a ceremonial fire adding the only light around us, we watched several traditional dances and listened to a few songs that sounded as if they were imitating the sound of the wind.

The rangers talked about their people’s stories, customs, ways of life, myths, and legends. I learned to call them Diné instead of the well-known term Navajo, replacing a name their enemies gave them with one they call themselves. I was in awe when I heard they are a matriarchal society, where they honor their women more than any other culture I know.

At the end of the talk, we all joined them and learned their friendship dance, celebrating harmony in nature.

Hiking With A Diné Guide

The following morning, we hiked into the canyon with a young local guide. He introduced himself as Perry and asked about our hiking skills and how much time we wanted to spend on the trail. After some debate, he suggested we hike to Spider Rock, through one of the most remote trails in the southern part of the canyon.

Even the drive to the trailhead was beautiful, taking us into remote areas where I felt we were the only outsiders. After a turnoff, we still drove about a mile on a dirt road, then on slick rock, when this seemed to end.

When we stopped and stepped out of the car, we stood on top of slick rock, and under us lay the canyon with its gorgeous rock formations. The trailhead was so hidden, we would never have found it on our own.

The narrow, winding trail descended through a pinyon pine forest, but we often found ourselves on a ledge with an enormous gap in front. We had to watch our steps, careful not to slip and end up taking the short way down.

We were descending for about an hour, with no other humans around us. Everything was so peaceful. I could hear the wind, the trees, the birds. I felt part of nature. I thought I understood the Diné concept of “walking in beauty.” We walked in silence, surrounded by this beauty, a feeling I’ll never forget, and often searched for through all of my travels.

In this silence, I couldn’t imagine people living in the proximity. Then a loud sheep call echoed through the canyon walls, breaking the spell.

He pointed out ancient cliff dwellings on the canyon walls, and we talked about the Anasazi (Ancient Puebloans) who built them, lived in them, then abandoned them. When he saw our interest, Perry took us to one in a small cave nearby. As we entered the small cliff dwelling, I felt privileged to see it up close and hear a local talk about the petroglyphs on its walls.

As we walked on, we arrived at Spider Rock, a red sandstone spire rising over 700 feet in front of us. Its shape has nothing to do with its name, though. The tall monolith got its name from Spider Woman, one of the most important figures in Diné mythology. According to local legend, she lives on top of the spire, protecting her people, and helping them when they need her.

As we walked around her mythical home, Perry told us several Spider Woman stories — stories about the ancient woman who first wove the web of the universe, who taught the Diné how to weave and how to create beauty in their lives.

Being open to new experiences comes with the territory for travelers. But more than that, I realized that for me, interacting with locals, understanding the environment and the cultures it created is always much more important than comfort when traveling.

When I hiked and interacted with locals, I realized how rewarding it is to learn about a new culture from real people, not just from books. Keeping an open mind and leaving all preconceptions behind makes new experiences richer.

To this day, when traveling, we (my whole family) seek locals and stay and eat in small, family-owned hotels and restaurants. We try to explore new areas with local guides instead of joining tourist tours. Traveling, for us, is a learning opportunity, and there is no better way to learn about a place and culture than from its locals.

See Canyon de Chelly featured in some of our other articles: 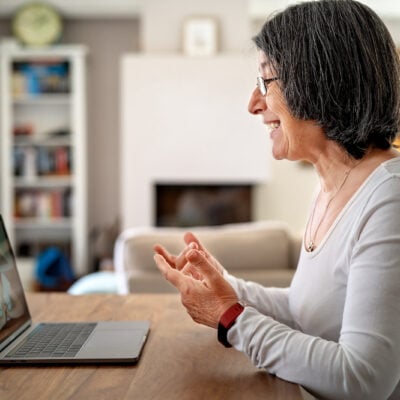 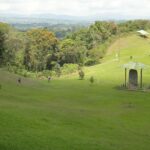