Watching the annual Macy’s Thanksgiving Day Parade has been a holiday tradition for millions of people for close to 100 years. This year’s parade, however, promises to be extra special.

Although the parade was still held last year, its overall scope was considerably smaller than usual due to COVID-19 pandemic-related restrictions. This year’s parade, which steps off at 9 a.m. Eastern on Thanksgiving, November 25, is mostly a return to pre-pandemic festivities, but it’s shaping up to be a “welcome home” party of sorts as well.

“For more than nine decades, the Macy’s Thanksgiving Day Parade has served to bring joy to millions who gather with friends and family to experience this one-of-a-kind holiday celebration along the streets of New York City and in homes nationwide,” Will Coss, executive producer of Macy’s Thanksgiving Day Parade, said in a statement. “For our 95th celebration, Macy’s has created a spectacle to remember featuring a dazzling array of high-flying balloons, animated floats, and incredible performers. We can’t wait to help New York City and the nation kick off the holiday season with the return of this cherished tradition.”

There will be a lot to see in the parade. For instance, the parade is set to include 15 giant character balloons, 28 floats, 36 inflatables, more than 800 clowns, 10 marching bands, 9 performance groups, and numerous musical performers. The Rockettes will even be on hand to “kick” things off. Of course, Santa Claus will be in the parade.

Let’s jump right to it. Here’s what you need to know about this year’s Macy’s Thanksgiving Day Parade.

Enormous balloons have been part of Macy’s Thanksgiving Day Parade since 1927. This year is no different.

As you’d expect, the Astronaut Snoopy, The Boss Baby, Diary of a Wimpy Kid, Chase from Paw Patrol, the Pillsbury Doughboy, Red Titan from Ryan’s World, Papa Smurf from The Smurfs, Sonic the Hedgehog, and SpongeBob SquarePants balloons return to this year’s extravaganza.

There are new balloons as well. Keep an eye out for the “Ada Twist, Scientist;” a Funko POP!–style Grogu – commonly called “Baby Yoda” — from The Mandalorian; Ronald McDonald; and Pikachu and Eevee Pokémon balloons.

No parade is complete without floats. This year, the Macy’s parade will feature 28 floats. If you enjoy floats, here’s a fun fact to keep in mind as they pass by:

Each float must collapse to no more than 12.5-feet tall and 8-feet wide because they need to pass through New York City’s Lincoln Tunnel on their way from the parade studio in New Jersey to the parade’s step-off in Manhattan.

What makes the floats more entertaining is that musical celebrities perform on many of them as they travel along the parade route. This year, you’ll be able to watch Foreigner on New York Life’s Toy House of Marvelous Milestones float, Jon Batiste on the Louisiana Office of Tourism’s Celebration Gator float, Kelly Rowland on Lifetime’s Christmas in Town Square float, Kristin Chenoweth on Balsam Hill’s Deck the Halls float, K-pop group aespa on Olay’s Her Future is STEM-Sational float, Rob Thomas on Hallmark Channel’s Heartwarming Holiday Countdown float, and the cast of Girls5eva on Peacock’s Birds of a Feather Stream Together float.

Among other performances, you can watch the cast and Muppets of Sesame Street on the 1-2-3 Sesame Street float by Sesame Workshop. You’ll also be able to watch casts from Broadway’s Six, Moulin Rouge! The Musical, and Wicked perform. The cast of NBC’s upcoming live production of Annie will also be on hand.

Finally, it was just announced that Carrie Underwood will be the parade’s headliner. She reportedly will perform songs from her 2020 holiday album, My Gift, which was released as a special edition earlier this fall.

Last year’s parade may have been scaled down due to the pandemic, but marching bands are back and will be on full display this year.

There will be a number of other performers in the parade as well. Keep an eye out for the Ballet Hispánico’s School of Dance, Broadway Education Alliance Youth Choir, Fred Astaire Dance Studios, and members of J.U.M.P. (Jumpers United for Macy’s Parade).

First, you can watch the parade on NBC and Telemundo from 9 a.m. to noon. The TODAY Show’s Savannah Guthrie, Hoda Kotb, and Al Roker will host the NBC broadcast while Ana Jurka and Carlos Adyan will host the Telemundo broadcast.

You will also be able to stream the parade on Peacock this year. Guthrie, Kotb, and Roker will host that telecast as well.

How To Attend The Parade

If you live in New York City or have plans to be there for Thanksgiving, you can also watch the parade in person again this year.

Macy’s Thanksgiving Day Parade will begin at 9 a.m. from its traditional starting point at 77th Street and Central Park West. From there, the procession will march down its signature 2.5-mile route.

If you’ll be in New York City the day before Thanksgiving, you can also watch the balloons being inflated outside the Museum of Natural History from noon to 6 p.m. — however, there are a number of COVID-19 related restrictions you need to keep in mind.

First, everyone over the age of 12 must be vaccinated for COVID-19 to watch the balloon inflation. Children who are under 12 may attend if they are with a fully vaccinated adult.

You can learn more about balloon inflation and the guidelines for attending the event here.

Be sure to also read all of our Festivals and Special Events and New York City coverage. 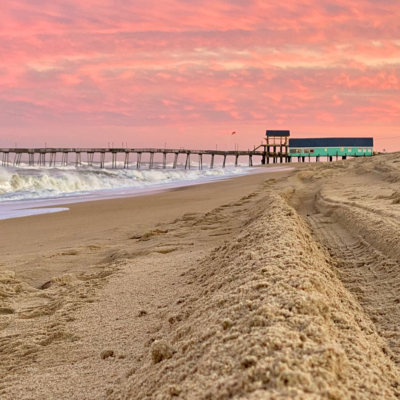