A woman in the cockpit of a commercial aircraft is still a rare sight to see. Airline passengers have become accustomed to, “This is your captain speaking,” coming over the intercom in a baritone voice. Flight safety instructions are most often announced by a female flight attendant. But the currents of gender in aviation have been shifting in the past few decades, and Captain Linda Pauwels has been at the forefront of the change.

Pauwels has been pioneering the industry since the early ’80s when she became the youngest cargo jet captain, flying a 707 for a military cargo contract carrier, Southern Air Transport. In 2000, at age 37, she became the first Latina to captain an American Airlines commercial flight. Currently, she serves as a check airman for American, instructing and evaluating pilots on the Boeing 787. Her most recent accomplishment is becoming the first person to publish poems written by storied aviatrix and fellow female flight pioneer, Amelia Earhart.

The first Beyond Haiku book came out of an internal forum hosted by the pilots union for American Airlines, where commercial pilots discuss different topics. While studying job stress in airline pilots for a doctoral program, Pauwels came across artistic expression, like writing poetry, as an outlet. This prompted Pauwels to start a poetry thread on the forum in 2015, called “Morning Haiku.”

At the outset, many of the male pilots turned up their noses at the thread dedicated to poetry, yet it began to take hold. Pauwels posted all types of poetry: old poetry, poetry about war, poems by men, poems by women. And the pilots began to participate by posting their own poems.

During the pandemic, Pauwels curated five years’ worth of pilots’ poetry into the first book. It was illustrated by the children of pilots, ranging in ages 7 to 17. Proceeds went to the union’s Emergency Relief and Scholarship Fund to help families of pilots who were furloughed due to COVID-19.

While giving an interview about that first book, Pauwels got the idea to make it a series. The next collection of poems would be penned by women pilots and the next by military pilots. The final book would feature the different seasons and experiences of a pilot’s life. To compile this next book, she put out a poetry submission request that was disseminated among women pilot organizations such as Women in Aviation, The Ninety-Nines, and The International Society of Women Airline Pilots, as well as internal forums.

Fifty-eight diverse women aviators answered the call. Pauwels included at least a snippet from each submission. The book features women pilots from 10 different countries ranging from a teenager to octogenarians. It was also a family effort. Pauwels and her daughter Nathalie, who is a Naval officer, provided submissions as well.

“I just wanted to do something to honor us as women who fly, and I really wanted to feature people from many different parts. We were fortunate that we do have different cultural components and different types of flying — not just commercial flying. The first book was only airline pilots. This one has all types of pilots. And I really wanted to have the community feel of who we are, why we like to fly, and what things are important to us. That’s how this came about,” explains the pilot-turned-author.

So why does Pauwels like to fly? According to her, she loves the feeling of “being in the air and seeing the majesty from above.” She also notes the interactions among pilots when the door is closed in the flight deck. “Over the years, I guess they leave marks — good marks — connections that we all have that are very unique amongst pilots.”

Connection is what made it important to Pauwels to highlight women pilots in this book. “I see the effect,” she says. “I wanted to do something really unique. I didn’t want to just have a poetry book. I wanted it to be a community effort.” She also wanted to influence the next generation of women pilots.

A handful of adult artists and 26 young artists aged 7-17, illustrated the book. “I’ve always liked working with youth,” says Pauwels, who also holds a graduate degree in education. “I wanted to give the youngsters the opportunity to participate and to have their work published. And their work is amazing. In the first book, it was really good. This one, it’s really amazing. And then, that makes the book interesting to younger people who are perhaps looking at this for their career. So there’s layer upon layer of this,” she explains.

Opening “young people’s eyes to the possibilities that exist,” as Pauwels puts it, is one layer. Another layer is supporting aspiring women aviators. Proceeds from Women Pilots Write Poetry go to fund aviation scholarships. Yet another layer is the discovery of Amelia Earhart’s previously unpublished poetry.

As Pauwels was compiling this book, a thought came to her in the middle of the night. She was getting so many entries from female pilots, she wondered, “Did women in the past write poetry?” In her 2 a.m. research, she came across a paper by Purdue University professor Dr. Sammie L. Morris on Earhart’s poems. Morris had discovered poems, which dated back to the early 1920s, among the admired American aviatrix’s personal papers and other memorabilia.

Earhart served as a career counselor and adviser in aeronautics at Purdue in 1935, just a couple of years before she would vanish forever in her attempt to become the first female to circumnavigate the world. Earhart’s husband, George Putnam, donated the archive to the university upon his wife’s disappearance. Pauwels wasted no time in asking permission to print Earhart’s poems in her upcoming compilation, and to her surprise, Purdue obliged.

Although Earhart authored several non-fiction works during her lifetime, her aspirations as a creative writer remained relatively unheard of until Morris’ discovery. Earhart’s poems on love, sorrow, and flight appear in the book alongside works by other women pilot poets of the past — such as Delphine Bohn, Nadine Ramsey, and Louise Thaden. In addition to Earhart’s poems, the book features a rejection slip from a poetry magazine dated May 1921. The denial is scribbled to Emil Harte, Earhart’s masculine pen name.

One of Earhart’s poems recounts the miscarriage of her mother’s first child. The footnotes explain the miscarriage of the baby girl was “caused when she was thrown against the brake lever of a cable car.” No matter gender, pilots share a common perspective and love of flying, but it’s the unique experience of womanhood that female pilots bring to these poems.

“You know there are some experiences that women have where they’re made to feel that they’re not good enough, or that they will not succeed, and that this is not something for them,” says Pauwels, “and I included poems to that effect. I also have poems about motherhood and difficult things when you’re raising a family. One of the pilots decided to stop flying so that she could raise her son. Those things are very specific to women. There’s a lot of sacrifice when you do this professionally. You give up a lot. You give up time — time with your family — you’re not there. The men do it too, but motherhood is still something that can’t be replaced.”

The mother of two would know — Mr. Pauwels was a pilot for Japan Airlines. A poem in the book, entitled, “Two Pilots, One Plane,” by Kelly Jeffries is about spouses who are both pilots. It reads, “It’s give and take, in flying and in life.” Pauwels agrees, adding that, “Relationships in aviation are difficult and they have been forever.” She offers the well-documented tumultuous relationship between aviation pioneer Count Antoine de Saint-Exupéry and his wife Consuelo, as an example. The author of the widely cherished children’s story, The Little Prince, also disappeared while flying — never to be found. His widow gives her side of the story in the book, The Tale of the Rose.

Pauwels loves all of the poems featured in Women Pilots Write Poetry, including the historic additions, of course. But when pressed to pick a favorite, she chooses Peace, by active Navy pilot Erica Glanz. It’s about the stressors that women often carry, like worrying about the well-being of others. And how women pilots have to put their problems out of their minds, so they can you can, you know, fly a plane. “I can’t break, but I’ll bend,” Glanz writes of the pressure. “As you sit in the cockpit and you have the before takeoff checklist complete, it’s like hey, none of this other stuff exists,” says Pauwels, who relates to the poem on a personal level. “You know, that’s the compartmentalization that is so clear, and I thought she did an outstanding job with that poem.”

Themes of strength, endurance, resilience, beauty, family, love of flying, and finding balance weave their way through the book. It’s these common threads that tie the flying community together. Pauwels hopes that the commonalities represented in the book will bring pilots — not just female pilots — a sense of peace.

A retired pilot sent Pauwels a message via the pilot’s forum. He had purchased a copy for himself and one for his neighbor’s daughter, who just got her instructor rating. His message read along these lines: “I’m not much of a poetry reader, but I have to tell you that the sense of peace I felt after I read the book is something that I can’t describe.” Pauwels presumes “What he was trying to convey is that there are really no differences in women pilots, men pilots — we’re pilots, and these are things that we share. So the takeaway for me is: Pilots like to fly. In the end, it really is about the flying, and how it makes you feel, and why we do it. And that’s the commonality.” 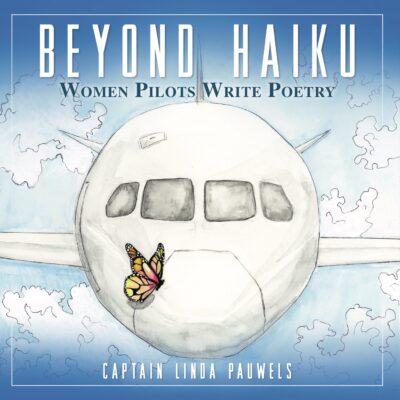 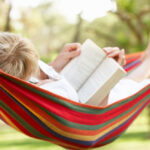 ReadingCheck Out These TravelAwaits Authors And The Books They’ve Written 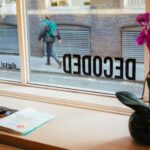 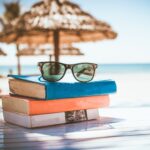 ReadingRead All About It: The Top 11 Travel Books Of 2022