4 Reasons This Classic, Luxurious Hotel Is A Must-Visit

This historic landmark Edinburgh hotel is just a couple of steps away from the exit of the railway station and was originally built for this purpose. The Balmoral Hotel opened its doors in 1902 to serve the increasing number of rail passengers. The clock tower clock was set 3 minutes ahead so that no one would miss their trains. This quirky detail has been kept in place and the clock only displays the correct time on New Year’s Eve.

There is space and opulence everywhere you look in this luxury hotel, so it’s no wonder there’s been an impressive guest list over the years.

If you’re driving into the city, the hotel does have its own car parking, but this should be booked ahead as the hotel can’t guarantee you a space otherwise. Valet parking is available, so all you need to do is drive up to the entrance and the doorman will take care of your luggage and park your car. If you’re flying into Edinburgh, the tram takes you directly from the airport to the hotel.

Almost as iconic as Edinburgh Castle, the Balmoral Hotel is where Sophia Loren, Elizabeth Taylor, and the Queen Mother chose to stay when they were in town. This former railway hotel was built with luxury in mind, and it’s easy to see why so many stars have checked in. The 167 rooms and 20 suites are homey and even a little quirky — our room had photos of Sean Connery displayed in the bathroom — but also very spacious and with an air of grandeur. We were greeted with complimentary Balmoral Hotel Gin and tonics as the bellboy delivered our baggage to our room. We really did feel like we were something special, and although you aren’t guaranteed to spot any famous faces on your stay, you know you’re in good company as a guest here. Laurel and Hardy, Paul McCartney, and J.K. Rowling have all stayed here.

2. The Food Is Incredible

The restaurant, simply called Number One, is Michelin starred and is named after the position of the hotel, Number 1 Princes Street, though it could easily refer to the restaurant’s status as the number one place to dine. Oysters and champagne are a popular way to start off the evening here and the Scottish ribeye steak with watercress and béarnaise sauce was putting in an appearance on many plates around us, as we made ourselves comfortable and prepared to be delighted. If you don’t want to dine in such fancy surroundings, you can opt to sit in the bar area where there’s a separate menu of burgers and some smaller plates. The breakfasts also need a mention, especially the full Scottish fried breakfast! The breakfast smoothies are also really good, and the porridge is the best oats you’ll taste. The staff are very aware of allergies and dietary requirements and will make any changes you need.

The basement spa at the Balmoral is small but quiet, and the staff goes out of their way to make sure you have everything you need and are comfortable. You can book a treatment in one of the serene treatment rooms, or you can enjoy the pool, sauna, and steam room for free as a guest at the hotel. If you want a treatment, you’ll need to book ahead as they do get booked up fast and space is limited. During COVID restrictions you also need to book a slot for the pool area. We only had a half-hour slot, but it was nice to have the area to ourselves. There are seating areas, loungers, and plenty of fresh water available.

4. You’re Right In The Center

There’s more to do in the city than you can pack into one trip. Whisky tasting, the Edinburgh Gin distillery tour, national art galleries, museums, and Holyrood Palace, are just a few of the things that will keep you busy. You won’t be able to do it all in one trip, but this just gives you more reasons to return to the Balmoral, or “majestic dwelling” in Gaelic, again and again. As a former railway hotel, the Balmoral is right in the center of town and perfectly placed for exploring the castle, the Royal Mile, and all the shops and restaurants. For more on what to do in Edinburgh take a look at The Best Things To Experience In Edinburgh After Seeing The Castle.

Experience All that Edinburgh has to offer: 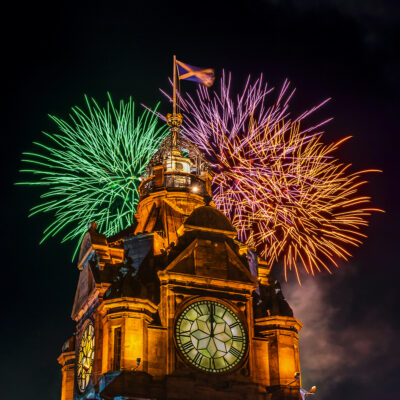 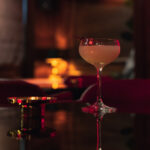 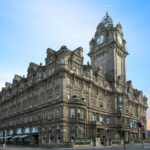 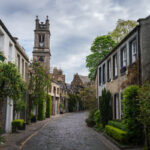