The Roman Empire lasted for more than 1,000 years, from humble beginnings in the 8th century B.C. to its downfall in the A.D. 5th century. In its various forms as a republic and later ruled by emperors, the Romans managed to conquer a vast amount of territory, from Asia Minor to the Middle East, to all of what is Europe today, as far north as the UK and Germany.

Wherever the Roman soldiers went, they brought with them their culture, art, architecture, technical skills, gods, and science. They built roads, temples, baths, forums, and elegant villas. There are about 50 monuments in Italy, but an astonishing 23 in the rest of the world ruled by them at one time or another have survived war and natural disasters like earthquakes.

Some statues may be missing a head or an arm, some temples’ glorious columns may have caved in, but as a whole, the surviving monuments in some of the most interesting countries once ruled by the Romans, are simply awe-inspiring. I have personally visited all mentioned here, reaching from as far away as Lebanon to the colder climates of the UK and Germany.

The city and temple complex of Baalbek is located east of the Litani River in Lebanon’s Bekaa Valley, approximately 42 miles northeast of Beirut. In 16 B.C. it became a province of the Roman empire and Baalbek, known then as Heliopolis. The empire’s biggest temple to Jupiter was built between 16 B.C. and  A.D. 60. Constructed on a raised platform 23 feet above ground level, the temple that also served as an oracle is an imposing sight. Various earthquakes have toppled many of the original columns, but six in a row are still standing.

Alongside the Jupiter temple, another somewhat smaller temple was built, dedicated to the God Bacchus. Today you need to be careful when climbing around the vast complex or risk an ankle being twisted. Many statues and other works of art can be viewed in the nearby museum.

In 1956, the Baalbek International Festival was created, which soon became the most prestigious cultural event in the Middle East. Imagine opera, theater, even rock and pop groups performing before the ruins of this impressive complex. A better open-air stage is hard to imagine. Due to political events, the festival was suspended several times but has now resumed. Here is the program for this year’s festival.

Insider Tip: As far as U.S. nationals are concerned, travel to Lebanon is not recommended right now for several reasons. Should you decide to go anyway, the best way to travel to Baalbek from Beirut is by hiring a private car and local driver. I travel that way everywhere in the Middle East and Turkey.

Conimbriga, located approximately 10 miles from Coimbra, may not be the largest but certainly is the best-preserved Roman settlement in Portugal. Roman soldiers arrived in this already existing, much older, walled urban settlement in 139 B.C. During the next century, under Emperor Augustus, the city grew, walls were fortified, three thermal baths were built as well as a forum and an amphitheater holding 5,000 people. You enter the settlement through gates and walk along the walls that stretch 4,900 feet.

The most beautiful sights are the luxurious Roman villas that were excavated and can now be admired. Most famous among them is Casa dos Repuxos with its lavish mosaics and lovely garden, still showing 500 water jets that kept it fresh and watered. Wander from one of the houses to the next and then visit the nearby museum with a superb collection of pottery and sculptures.

Ephesus is located near the Mediterranean in western Turkey, approximately 50 miles south of Izmir and near the modern city of Selcuk. It is an ancient Greek settlement which, for once, the Romans didn’t conquer. It was bequeathed to the Romans by King Attalus III in his will because he had no heirs. The Romans came to Ephesus because of this gift and established the Province of Asia in A.D. 133 with Ephesus as the capital. The most famous Roman monument of Ephesus is the Celsus Library. It was built by Gaius Julius Aquila in honor of his father, Celsus, who was governor of the province and a great lover of science and literature.

The library today is accessed by climbing nine steps to the platform on which the building stands. It was able to house more than 12,000 scrolls and was the third-largest library in the world at the time. In niches near the entrance stand four statues representing wisdom, knowledge, virtue, and judgment. They are, however, replicas as the originals are in the Ephesus museum in Vienna.

Ephesus is a huge complex and you can wander the streets and look at more Roman buildings (among them a brothel). Make the short trip to Selcuk and visit the museum which beautifully displays many statues and artifacts of all periods of Ephesus history excavated from the site.

Insider Tip: When visiting Ephesus, bring water, suntan lotion, and a hat. There is no shade and the sun can be fierce.

For centuries, much of this fascinating, huge Roman city, one of the biggest complexes outside Italy, was buried under desert sands, following multiple earthquakes. More or less by chance, it was discovered and today Jerash is an astonishing sight. Located some 30 miles north of the capital Amman, the Romans conquered Jordan (and Syria) in 63 B.C.

Jerash features a ruler-straight street lined with Ionic columns, a rare oval plaza, a hippodrome, a temple to Artemis and Zeus, two major common baths, two theaters and the massive Hadrian’s Arch erected in honor of the visit of the emperor in A.D. 129/130, and a nearly complete city wall.

When I visited, entertainment was provided by reenacting horse races in the hippodrome, but that has been abandoned now. Instead, there is the annual Festival of Culture and Arts.

Cartagena is located on the Costa Calida on the Mediterranean in southeast Spain. The city, which features a vast amount of Roman monuments, was conquered by the Romans in 209 B.C. in the Second Punic War.

At the end of the first century B.C., they built a theater, one of the largest on the Iberian Peninsula, which could seat 6,000 spectators. After the Romans were conquered, the theater was built over by the following civilizations and only rediscovered and restored to its former glory in the19th and 20th centuries. Now, it’s one of the most-visited Roman monuments in Cartagena.

The theater is entered through a pink building located at the town hall square which, via a tunnel, gives access to a museum and the theater itself. Apart from the theater and museum, there are Roman villas and a forum to visit.

Trier is often considered to be Germany’s oldest city. Located in Rhineland Palatinate on the shore of the Moselle River, the area was conquered by the Romans in the first century B.C., and renamed Augusta Treverorum in 16 B.C. The Porta Nigra, a UNESCO World Heritage Site, was built in 170 B.C. as one of four city gates. It is indeed the best-preserved Roman city gate north of the Alps. Originally the four towers of the gate were four stories high, today only one reaches this height. However, it’s a great experience to climb up to the light-filled halls of the upper floors with great views over the town and river and then explore much darker rooms on the ground floor.

For great fun: let yourself be guided by a Roman centurion (played by an actor) who will tell you the history and help you defend the “black gate.” Who could resist this?

Hadrian’s Wall is a former defensive fortification of the Roman province of Britannia in the north of the UK. Begun in A.D. 122 under the rule of Emperor Hadrian (hence the name) the wall runs from Wallsend on the River Tyne in the east across the entire island to Bowness-on-Solway in the west. The total length is 84 miles and a significant part of the wall still stands. It’s a popular way to explore this part of the UK by walking the Hadrian’s Wall path which leads alongside the wall.

The path is a British National Trail, whereas Hadrian’s Wall is a UNESCO World Heritage Site. Anybody who is relatively fit can walk the path, divided into sections. The best time to do so is between May and October as at other times and in wet weather, the trail can become muddy.

Several openings in the wall are considered to have been customs posts as the wall divided the Britannia province from the unconquered Caledonia in the north (now Scotland).

Monuments and memorials represent events throughout history and are a wonder to behold. Consider: 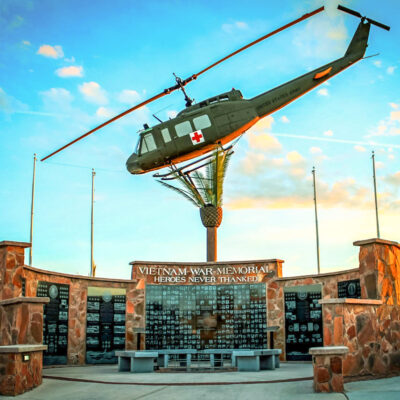 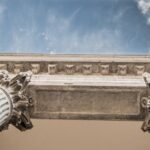 MonumentsTop 6 Historical Monuments Everyone Should Visit 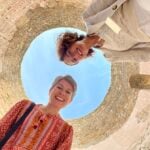