The Best Time To See Fall Foliage In The U.S. No Matter Where You Live

The problem with planning a leaf-peeping trip is that the timing is so challenging: Pick the wrong week, and you either arrive before the leaves have reached peak color or you arrive too late and miss the peak colors.

Now there’s good news for anybody planning a trip to see fall landscapes. SmokyMountains.com, the tourism site for the Smoky Mountain region, has released its annual Fall Foliage Prediction Map. The interactive tool gives users a county-by-county and week-by-week prediction of when autumn colors will peak across the U.S.

“Similar to any meteorological forecast, leaf predictions will never be 100 percent accurate,” David Angotti, SmokyMountains.com co-founder, and map creator told TravelAwaits. “However, after publishing our predictive fall foliage map for nearly a decade, we are quite confident in our data sources, process, and algorithm.”

When days start getting shorter, tree leaves stop producing chlorophyll — which appears green — from photosynthesis. As leaves in turn lose that green pigment, it allows colors of the other compounds present to be seen. Fall leaves get their orange color from beta-carotene, red color from anthocyanins (which actually increase in fall), and yellow color from flavonols.

“The interactive map uses millions of data inputs, which are processed by our advanced weather algorithm,” Angotti told TravelAwaits. “This algorithm outputs 40,000+ data points and graphically displays the precise time leaves will peak anywhere in the continental U.S.”

“Our experience combined with a scheduled mid-season update has us especially confident about this year’s predictions,” Angotti said. “Our goal is that this data-based, interactive tool will make it easier for more people to enjoy peak fall colors in 2021.”

Here’s a week-by-week estimate of when areas of the U.S. should see peak fall colors.

Parts of Colorado, Wyoming, and Montana are expected to approach peak color this week.

Peak colors will have overtaken more of the western Colorado area, including near Ft. Collins and possibly Denver.

Peak colors are also expected in northern Minnesota, including Duluth, while the area around Minneapolis will be near peak.

Northern Vermont and New Hampshire will also be near peak colors.

Peak colors are expected in western Montana, including Helena, Butte, and Missoula.

Near peak colors will also be further south, near Durango, Colorado, and Santa Fe, New Mexico.

By this week, peak colors are expected to stretch across northern Minnesota, Wisconsin, and Michigan.

Much of New England, including most of Maine, New Hampshire, and Vermont, should see peak colors this week.

Peak colors will also be in the Minneapolis, Minnesota area and stretch across central Wisconsin, including Green Bay.

Meanwhile, upstate New York and large areas of the Smoky Mountains will be near peak.

Peak colors will stretch across southern Minnesota and Wisconsin this week. They will also stretch across northern Pennsylvania and much of New York.

Further south, this week is expected to be the best time for viewing fall colors in eastern Kentucky, eastern Tennessee, and stretching further east into West Virginia and North Carolina.

This will be the best week to see peak colors in the Pacific Northwest.

Peak colors are also expected to stretch across northern Illinois, northern Indiana, and southern Michigan, which is good news for people in Chicago, South Bend (Indiana), and Kalamazoo and Ann Arbor, Michigan.

Meanwhile, peak foliage will also be prevalent in Massachusetts, Rhode Island, Connecticut, and much of Pennsylvania, including Pittsburgh.

Peak colors are expected to continue shifting south this week, including across St. Louis, Missouri, and central and southern Illinois, Indiana, Ohio, and into Pennsylvania — including Philadelphia. Key places to see the colors in Ohio will be Columbus and Cincinnati.

Much of Kentucky and Tennessee should also see peak colors, including Louisville and Nashville.

This should be the best week to see peak colors in the southern U.S.

Sections of Missouri, Kentucky, Tennessee, Arkansas, and Mississippi that are near the Mississippi River should all see peak foliage.

This will also be the peak viewing week for much of eastern North Carolina, South Carolina, and Georgia.

Many people will use the Fall Foliage Map to plan local trips near their home. On the other hand, if you want to travel to another state, or simply find the best places to see fall colors close to home, SmokyMountains.com can help with that, too.

CanadaTraveling To Canada: A Complete Province-By-Province Guide For Visitors 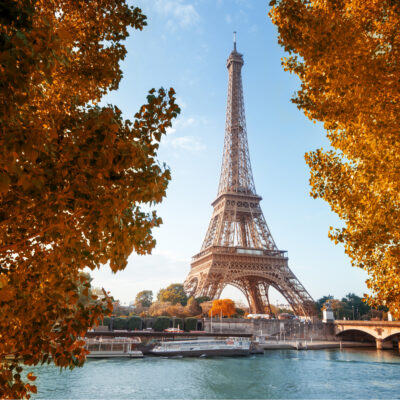 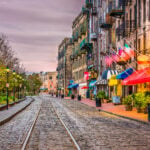 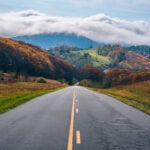 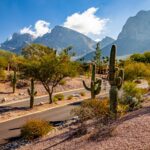 Fall Travel12 Places To Escape The Cold (And The Crowds) This November
Feeling Inspired? Book This Trip