7 Haunted Houses To Visit In The UK

Who doesn’t like a good spook story? Who isn’t at least tempted to visit a house that’s deemed to be haunted and see what the fuss is all about? I certainly am. Will a white-clad lady appear in the middle of the night, will chains rattle, and will you hear eerie whispers by your bedside? I have always been fascinated by tales and legends of ghosts and otherworldly appearances. But, as I found out, haunted houses don’t only work their “magic” in the dead of night, but also in broad daylight. An example is the first on my list, a mansion right in the middle of the fashionable district of Mayfair in London. And it’s not only white-clothed ladies and other spirits that haunt some buildings, objects do strange things, too. Moving tables, rotating statues, you’ll find enough stories here to make the greatest skeptic believe in the supernatural.

Number 50 Berkeley Square is an elegant townhouse located in one of London’s most desirable places, Berkeley Square in Mayfair. The four-story mansion, which is now the location of antique booksellers Maggs brothers and once was the home of former Prime Minister George Canning, harbors a deadly secret. It all started in 1859, when one Thomas Myers moved in, determined to make it a home for his fiancé. However, she jilted him and he became a recluse, locking himself away in the attic and only leaving at night by candlelight. Eventually, he went mad and died. Since then, several people who stayed in the attic have died of fear, among them one Captain Kentfield, who reportedly heard a gunshot and a terrible scream one night and was found dead on the floor the next day, his face twisted in terror. Other victims were a maid, who also heard screams and saw a dense brown mist moving around, and a pair of sailors, who broke in and were surprised by a floating creature with a wide-open mouth as they jumped in fright out of the window to their deaths. The latest occurrence dates to 2001 when a house cleaner felt a presence and another employee saw the brown mist.

There are, however, no newer reports and nothing about any mysterious happenings to Mr. Canning or the actual tenants. Still, standing in front of the house and looking up at the attic, sent a shiver down my spine.

This stately home in Richmond, Surrey was inherited by Elizabeth Murrey, Duchess of Lauderdale in 1655. Elizabeth was a devious plotter, power hungry, and some say, responsible for the death of not only one but two of her husbands. Despite her efforts, she ended badly and in poverty, reduced to having to live in a small apartment on the ground floor of the mansion. This is where the strange happenings in Ham House are concentrated. Many visitors report an oppressive atmosphere in the room, dogs are reluctant to enter, and a looking glass that dates from Elizabeth’s time is said to reflect strange images. A lady in black (Elizabeth?) also roams the staircases and the screams of a suicidal young nobleman who was rejected by his sweetheart can also be heard. Often, there is an inexplicable scent of roses, which to me seems rather nice.

If you want to go on a ghost tour of Ham House, you can do so. Check for an update before you plan your trip.

This vast estate and garden, located near Aylsham in Norfolk, is the birthplace of Anne Boleyn, the unfortunate second wife of King Henry VIII. She was beheaded in 1536. Not surprisingly, the ghosts that haunt Blickling Hall have to do with her and her history. As legend has it, every year on the 19th of May, the anniversary of her execution, her headless ghost rides up to the castle in a carriage drawn by a headless horseman with her severed head in his lap. It all vanishes at dawn. Another resident ghost is her father, Sir Thomas, who was punished for not having taken enough action to prevent her death and had to cross 12 bridges before the cock crowed. He never achieved the feat. Finally, there are the less ghoulish spirits of Sir John Fastolf, who was the inspiration for Shakespeare’s Falstaff and the death groans of Sir Henry Hobart. Are you brave enough to see for yourself? Then visit Blickling Hall and the great gardens.

Corfe Castle, or rather what is left of it, stands on the Isle of Purbeck Peninsula in Dorset. The once mighty castle was built by William the Conqueror in the 11th century and turned into a royal palace by King John. When the English civil war broke out, the castle was owned by Lord and Lady Bankes. Lord Bankes was called away on duty to London, so, when the parliamentary troops tried to conquer the castle, it was Lady Bankes who, with only a handful of men and even maidservants, bravely defended the castle. She was victorious in the first assault of 1643, but having been betrayed by her own men, had to surrender after the second siege that same year. An exceptionally brave woman indeed, but the parliamentary troops destroyed much of the castle, leaving the eerie shells of towers you can still see today. The appearance of the ruined castle alone inspires images of ghosts. Flickering lights appear at night in the towers and a headless lady (maybe the restless Lady Bankes?) roams the castle at night before dissolving at dawn. Come and see for yourself on a tour of Corfe Castle.

Norfolk seems to have its fair share of haunted houses. This beautiful estate and garden were first built in Tudor times and features an important library where the ghost story comes into play.

William Windham III inherited Felbrigg Hall in 1749. He was an avid book lover and reader. In 1808, a fire broke out in a friend’s library in London, and Windam couldn’t bear the thought of precious books being consumed by flames, so he went and rescued as many volumes as he could. He was badly burned in the attempt and died a few weeks later. But, his ghost is seen still sitting in his library, reading. The irony is that his ghost will only appear if a certain combination of books is laid out on his library table. Here you have a benevolent, book-loving ghost. Visit him at Felbrigg Hall.

Springhill is a 17th-century mansion located near Londonderry, Northern Ireland, and thus a part of the UK. The ghost story here is of a friendly, child-loving woman, although the backdrop is a tragic one. In 1816, George Lenox-Conyngham, deeply depressed, committed suicide, leaving behind his wife Olivia and his children. She lived with the grief and guilt of not having been able to prevent her husband from taking his own life. Her ghost appears in broad daylight, often to the children who live in or visit the house. She is seen walking around the house or standing quietly on the staircase. A slightly more disturbing occurrence is a knocking sound at night that comes from a cot in the nursery.

If you want to see Olivia and visit this beautiful estate, bring your kids, she might appear to them. The house is open Monday to Friday through July and August.

For 80 years, the Manchester Museum owned the statue of Neb Sanu that was removed from an ancient Egyptian tomb. With all the stories and legends about artifacts being cursed and even bringing death to their “plunderers,” it’s no surprise that these stories were widespread. It was said that the statue rotated 180 degrees by itself every day, but surprisingly, did not move during the night. Investigations were carried out, keeping scientists busy, until a few years ago when the mystery was solved. The rotation was caused by vibrations from passersby and traffic on nearby busy Oxford Road. Even without this mystery, the Manchester Museum’s collection of Egyptian and Sudan art with over 18,000 exhibits is worth a visit.

Everywhere in the world, strange tales of ghosts and spirits abound: 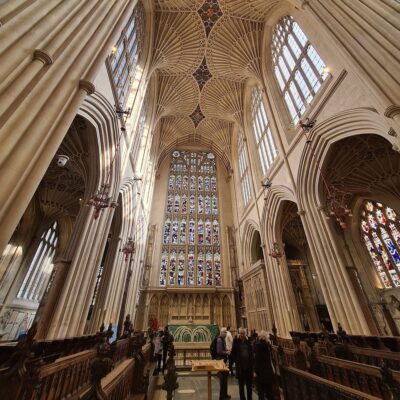 United KingdomMy 7 Favorite Historic Churches To Visit In The UK 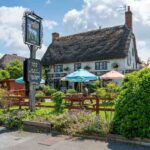 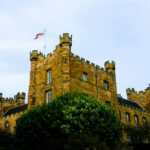 United Kingdom6 Most Haunted Hotels In The UK 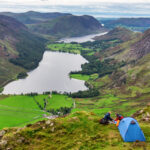