The Asian Mid-Autumn Festival: What It Is And How It’s Celebrated

The Mid-Autumn Festival, also known as the Moon Festival or the Moon Cake Festival, is the most important festival after the Chinese New Year. Celebrated in China and other Asian countries, it’s more than 3,000 years old and dates back to when the Chinese emperors worshipped the moon, praying for a bountiful harvest. It’s celebrated on the 15th day of the 8th month of the Chinese lunisolar calendar, provided there is a full moon. This coincides with mid-September to early October of the Gregorian calendar.

There are three basic concepts to the festival that are closely connected: gathering, giving thanks for the harvest, and praying for a good future, health, longevity, beauty, and even a spouse or babies. The practices observed for all three are manifold. Central to all of them is moon worship. The Zhuang people, for instance, believe that the sun and moon are a couple and that the stars are their children. When the moon gets pregnant it becomes round (hence the need for a full moon on the day of the festival) and women give offerings, praying for fertility. Offerings are also made and incense is burned for Chang’e, the Moon Goddess of Immortality.

In 2021, the Mid-Autumn Festival falls on the 21st of September, and the Chinese people have a three-day public holiday.

Here are the customs and celebrations in detail:

The making and lighting of colorful paper lanterns are a crucial part of the festival. Often, it’s a fun activity for kids to make them in all colors and shapes. The lanterns are a symbol of the festival, carried around, hung in trees or houses, sent flying into the air, or set afloat on water — although this practice is not to be confused with the lantern festival or the ghost festival when fishermen put lanterns on their boats.

It’s also habitual to write good wishes on the sides of lanterns or cover them in riddles for friends or family to guess what they mean.

Like lanterns, moon cakes are a symbol of the Mid-Autumn Festival. They are given as gifts, shared among family and friends during the celebration. Moon cakes are round (like the full moon, which is at the center of everything during the festival), but can come in a square shape, too, Mostly the pastries are small although there are bigger moon cakes too. The thick, sweet filling is made of red bean paste or lotus seeds, sometimes surrounding the yolk of a salted duck egg. Other fillings are mixed nuts and dried fruit. The cake is cut into small wedges and eaten with tea. The name of the filling is stamped on the top of the cake.

The roundness of the moon represents a family reunion. On the evening of the festival, families will get together to have dinner. The three-day bank holiday allows family members who live in other locations to get to their family home. If they live too far away, they will celebrate with close friends instead.

Not only is the full moon the symbol of family union but also of good luck. The traditional dinner will be held at a table placed outside to see and worship the moon. Apart from other things, moon cakes are served and lighted candles are placed on the table.

According to common belief and legend, a beautiful woman — the Goddess Chang’e we already told you about — is living on the moon with a cute rabbit. By offering her and the rabbit food, it is believed that good luck will come to the offeror. Many legends told to children surround the moon and Chang’e.

The mid-autumn festival is a great occasion to give family and friends gifts. The top one is, of course, moon cake, but there are other traditional gifts, too: fresh Shanghai hairy crabs, tea, fruit baskets, and organic oils and rice. The fruit basket will contain seasonal fruit, like pears, grapes, grapefruit, and pomegranates. Rice and oil are everyday ingredients in Chinese cuisine, so a gift of that will always be appreciated. The tea, green or otherwise, is meant to offset the sweetness of the moon cake.

We have told you about the customs and rituals celebrated today, but there are also a few which have disappeared. Among them is the touching of pumpkins and beans which granted fertility to women: the pumpkin for the birth of a boy, the beans for a girl.

Another vanished custom is the burning of a pagoda. In the Qing Dynasty (1644–1911) people in the countryside used to erect huge pagodas from brick and tiles, filled with wood and bamboo and set them on fire at night. It was believed the brighter the pagoda burned, the more luck it would bring to the people.

Mid-Autumn Festival In Other Destinations

I’ll mention Hong Kong here first because that’s where I experienced the festival a few years back. Here, an additional tradition is a fire dragon show in the Tai Hang neighborhood.

Other countries where the festival is celebrated are Japan, Vietnam, Singapore, Malaysia, the Philippines, and South Korea. Each one has developed its own version. In Singapore, for instance, people like durian-filled moon cakes (which are often homemade). In Japan, people decorate the roofs of their houses with pampas grass as a symbol of autumn and Shinto. They also wear traditional clothes and carry a shrine to the temple where they burn joss sticks.

In the Philippines, the Chinese Filipinos like to indulge in a dice game called Pua Ting Chiu, where they play to win the largest piece of moon cake.

There are Mid-Autumn Festival celebrations anywhere in the world where big cities have a Chinatown. In San Francisco, for example, the festival takes place on the 11th and 12th of September and starts with a grand parade along Grant Avenue in the heart of Chinatown.

If you prefer the “real thing,” here are suggestions for the best places in China to see the festival without being overwhelmed by the crowds.

Meanwhile, health and happiness to you when the next full moon comes around!

There are plenty of interesting festivals and holidays in other countries worthy of experiencing. Consider: 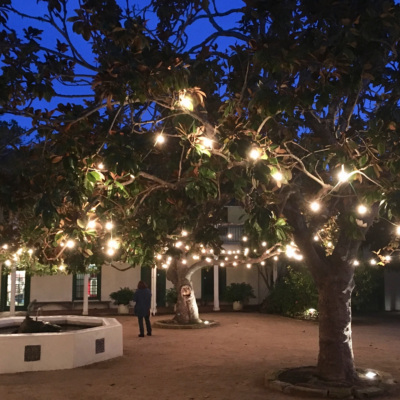