So there I was: on the steps of a moving train from Cannes to Rome. Unfortunately, we were headed towards a tunnel, and the door locked. In my hand were 15 train tickets for the girls in my tour group, who were comfortably inside the train. The train was beginning to pick up speed. I thought, How did I get here?

How And Why I Became A Tour Guide In Europe: The Quest For A Free Trip

My path to the worst trip all started a few months earlier when I was reading the want ads in The New York Times. Then I saw it — Wanted: Summer Tour Leader in Europe. For an inveterate traveler like me, this was a dream. I could visit seven countries in Europe — all for free, with hotels and food included. This sounded like nirvana (or so I thought).

When I met the head of the tour organization, I didn’t bother to ask if I would have any assistants or receive any advice or training. I didn’t even ask about pay, which was good because it was basically nil. What could go wrong?

How I Prepared For The Trip: Why “I Like To Travel” Is Not Preparation

I had visited most of the countries on the tour, but certainly not as a tour guide, only as a poor hostel-staying wanderer. The owners gave me a train schedule and a list of hotels; after that, I was on my own.

Little did I know that I would spend many nights hyperventilating in my room, fighting sleep and suspecting that the girls were sneaking out of their hotel rooms to meet cute waiters in Spain, Italy, and France (yes, some did).

What We Did And Where We Did It: If This Is Tuesday, It Must Be London

We traveled by train from Madrid to Barcelona, then to Cannes, Rome, Venice, Croatia, Switzerland, Amsterdam, and then to England.

The trip began in Madrid, and we moved to the girls happily dancing around the statue of Christopher Columbus in Barcelona and to sunning ourselves on the beach in Cannes. Then disaster struck.

At the train station in Cannes, I looked in my bag for the tickets to Rome, and they weren’t there. Were they stolen? Did I throw them away by mistake? Was it a prank by one of the girls? I needed to go to the ticket counter quickly and get replacements, in broken Frenglish.

After I repurchased the tickets, one of the girls and I ran towards the train, only to see it starting to pull away from the station. She said, “What should we do?” I said, “Jump on!” We both did, but the doors to the compartment would not open and we were headed for a tunnel. She said, “What should we do?” and I said, “Jump off.” She did and landed on her feet. I did and landed on my knees, bleeding and watching the train headed for Italy carrying 14 girls without tickets.

6 hours later in Rome, we found the girls happily relaxing after successfully evading the train conductor. For the first time on the trip, I was grateful that some of the girls were amazingly self-confident, had little fear of adults, and were enjoying the drama. I almost felt admiration for them — until I lost one at a performance of Tosca at the Baths of Caracalla that night. After taxis, limping with my bashed knee, and hyperventilating more, I found her. She was none the worse for the wear, but I was.

The girls loved Istria and the Adriatic resort town of Pula on the southern tip of a peninsula in Croatia. They got to relax on the rocks overlooking the sea. I didn’t really blame their appreciation of the moment; we were all running around too much every day, with a list of places I had to check off in each city.

In Paris, their attitude about culture began to change. After complaining about museums for weeks and ditching several tour guides, a few now were skipping the shops and snack bar to check out the Mona Lisa, the Venus de Milo, and the Winged Victory of Samothrace. I thought: “The magic is getting through to them.” Then came dinner and a plate passed to me with 15 fish heads on it, along with complaints that the restaurant “was old.”

Before we headed to London, we stopped in Amsterdam. One of the happiest memories of the trip was the day we rented bikes and rode through the Dutch countryside. I remember hearing the peals of laughter — even from the most jaded — as we biked past windmills and paths lined with tulips.

If this was Tuesday, we were in London. The girls were thrilled to be back in an English-speaking country, and they did love a live performance of The Rocky Horror Picture Show. I didn’t begrudge them “The Time Warp” dance; I liked it too.

I lost two of the girls after we deplaned in New York City, but they were finally reunited with their families. I sat in the airport and breathed the pumped-in air, grateful to be alone.

The Highs And Lows Of Our Trip: What Worked And What Didn’t

In the end, I believe that the girls had a great adventure and mostly a good time—even with (and perhaps partially because of) our lost tickets. Perhaps a less active schedule could have made their lives more pleasant; then again, we had a lot of ground to cover.

What surprised me was that left to their own devices, the girls did change and become more interested in experiences along the way—the art, the architecture, the theater, the food.

Being a tour guide certainly changed my life. I traveled mostly on my own after that, and I learned that crises and disasters often accompanied any challenging travels, not only group tours.

What I Would Have Done Differently (Other Than Not Jump From A Moving Train)?

If someone I loved wanted to be a tour guide, I would tell them to ask questions, to understand that dream jobs may end up being nightmares. I would also tell them to make sure that they had help when they needed it. But I also know that even the best-planned adventures will have highs and lows, successes and disasters. I expect that most young and enthusiastic folks will make mistakes along the way, as I did.

Tips For Becoming A Tour Guide: “Be Careful What You Wish For, Lest It Come True”—Aesop’s Fables

If none of what I’ve written will stop you from becoming a tour guide, know that I am well aware that my worst trip has become my best story. That’s a silver lining when things go horribly wrong. 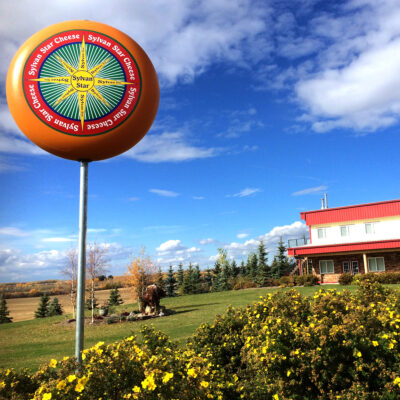