9 Best Beaches To Visit In Scotland

When thinking about Scotland, beaches are probably not the first things that come to mind. You’ll visualize castles, wild landscapes, mysterious lochs with their respective monsters and legends, kilts, bagpipes, and whisky. Focusing on these readily recognizable images doesn’t do Scotland’s wonderful beaches justice. Take some time to study those we will introduce to you here.

Bordered by the North Sea and the Atlantic Ocean, with the only land border being with England, you might think the beaches are too rough to swim from and too cold to sunbathe. Choose the right time of year, i.e., the summer months and you can enjoy both. The Mediterranean or the Caribbean they aren’t, but, sand, waves, adjacent seaside towns, and resorts, walks, and hikes they provide make for a wonderful Scotland beach experience.

Take for example Portobello Beach near Edinburgh. Two miles of fine white sand border the shoreline and the water invites swimming, kayaking, and sailing. The elegant Georgian and Victorian architecture offers pleasant surroundings when you are out of the water.

Portobello is actually a charming seaside suburb of Edinburgh, located on the shore of the Firth of Forth, an estuary where several Scottish rivers empty into the North Sea. Very popular in the summer months, especially with locals and tourists alike, the two-mile sandy beach is ideal for swimming and sunbathing. Watersports are a big thing in Portobello, home to a kayaking, sailing, and rowing club. It’s also the venue for the annual Big Beach Busk. This is a music and performance event that takes place the last Saturday in August each year. Apart from beach related activities, you can walk along the lovely promenade, swim in the sea, or take to the Victorian swimming pool. There are also Turkish baths.

Portobello is pleasing to the eye and features cafes, restaurants, and craft shops plus a Saturday market in Brighton Park.

Also known as Luskentyre Sands, this miles long, sandy beach is located on the west coast of South Harris in the Outer Hebrides. They are a chain of more than 70 islands but only 15 are inhabited off the coast of northwest Scotland. The islands are connected by causeways or ferries which make an island tour quite an adventure. Given the location, you might think it’s rather cold there, but the Gulf Stream makes for a milder climate which allows you to enjoy this spectacular beach. Huge sand dunes fringe the beach and the incredibly clear green-blue water invites swimmers but be careful of the tides. A curiosity: two snow-white ponies that live on the beach have achieved celebrity status. Try and spot them, or take long walks along the shore or visit the Seallam Visitor Center to learn all about the Hebrides.

This beach and the way to get there is for adventurers. Sandwood Bay is located in northwest Scotland, in Sutherland. The sandy beach and bay are flanked by high sand dunes and can only be reached on foot. Facing the North Atlantic, Sandwood Bay’s 1.5-mile pink beach is rimmed by cliffs with a freshwater loch behind the dunes. A four-mile well-trodden path leads from the gravel parking lot at the village of Blairmore to this bay and beach, considered one of the cleanest and most beautiful beaches in all of the UK. The path leads through pastures and moorland and can be wet in places, so walk with care.

The remoteness of the location, which is owned by the John Muir Trust, means that you will only encounter like-minded souls who didn’t mind the effort to get there but you’ll still have plenty of space to yourself. Swimming in the wild waves of the North Atlantic is not for the fainthearted and you might prefer to walk the beach and look out for mermaids (according to legend they sometimes sit on one of the cliffs), a sunken ship, or the ghost of a sailor. Whatever takes your fancy, it’s a spectacular nature adventure you will never forget.

This is another picture-perfect beach on Scotland’s west coast with a view of the Isle of Skye. Picture-perfect should be taken literally because this stretch of fine, white sand was the location of the movie Local Hero. Camusdarach Beach is one in a line of equally pretty beaches that can be combined in a beach walk. Although a bit chilly, even at the height of summer, swimming in the sea is refreshing while another favorite activity is rock pooling. Again, watch out for the tide. Beware, that there are no facilities at the beach. The nearest restroom is miles away. No food or drink either, so bring your own.

If you are a bird- and wildlife watcher, Achmelvich beach and bay are for you. The bay is located approximately 40 miles north of Ullapool, a picturesque fishing village in the northern Scottish Highlands. Ullapool is a stop on the famous NC500, one of the most beautiful road trips to be undertaken in Scotland. An insider tip when in Ullapool: get a snack at the Seafoodshack.

Achmelvich beach is reached by a single track road from Lochinver. You can watch black and red-throated divers here, as well as dolphins and porpoises. It’s also ideal for swimming and many types of watersports or rock pool fishing. It’s popular with fishermen trying for cod, haddock, and mackerel. A camping and caravan site is nearby in case you want to stay longer and even your pooch is allowed on the beach provided you can control it and clear up any mess. Signs to that effect have been posted by rangers. When you have had enough of watersports there is hiking and climbing, including the well-known Suilven, Scotland’s lonely mountain. It is, however, not an easy climb.

This beach and bay is located among the rugged coastline of Angus and is reached by a private farm road. See here for directions. Surfers and horseback riders love this east-facing beach and so do bird watchers. After a storm and if you are very lucky, you might find glittering objects in the sand. They are agates and other gemstones. What’s more, who doesn’t like a beach with a castle? Since this has been a popular area since Viking times, defenses against their invasion were necessary and that’s why the ruins of a 12th-century Red Castle can be seen today.

Cramond is another suburb of Edinburgh, with fabulous views over the Firth of Forth and the estuary of the River Almond. At low tide, the beach is rather vast and a popular destination for family outings of the folks of Edinburgh. Access is down a path from the promenade where you will also find a quaint pub and facilities.

A bit further out lies the island of Cramond, connected to the beach and town by a causeway. More than ever, you have to watch the tides here because if not, you can get stranded on the island. Swimming, on the other hand, is only possible at high tide, but in any event, be careful.

The east Lothian town of Gullane is best known for golf courses, but that doesn’t do justice to a magnificent beach of the same name overlooking the Firth of Forth. The sand is not as fine and white as on other Scottish beaches, but still, it’s very wide and popular with windsurfers and kite flyers. A favorite pastime for families in summer is picnics on the beach with the kids happily building sandcastles. There is also a path behind the beach that leads through sand dunes.

The town of Gullane has a rather big retirement community and hence a lot of pubs, shops, and restaurants as well as three golf courses — among them the well-known Muirfield Golf Club.

Just half an hour’s drive south of Dunbar lies the big curve of Pease Bay. The bay features a sandy beach, flanked by sandstone cliffs and rocky outcrops. An award-winning leisure park is located adjacent to the beach. More enticing is the nearby Pease Dean Wildlife Reserve. Various routes through the reserve lead through different kinds of shrubs and woodlands, and wildlife such as butterflies and bats can be seen. Wildflowers abound in the summer.

The hiking trails are easy but muddy, boots are highly recommended. The exposed position of the beach makes it an ideal destination for surfers, but swimming is recommended only for strong swimmers. Tides and undercurrents have to be watched. The proximity to the leisure complex means that facilities are available as well as food and drink.

While you’re relaxing on one of the beaches, contemplate visiting other interesting sites in Scotland:

Unicorns, Kelpies, And Wulvers: 7 Of Scotland’s Most Captivating Mythical Creatures

6 Charming Small Towns To Visit In The Scottish Highlands

7 Gorgeous Small Towns To Visit In The Scottish Lowlands 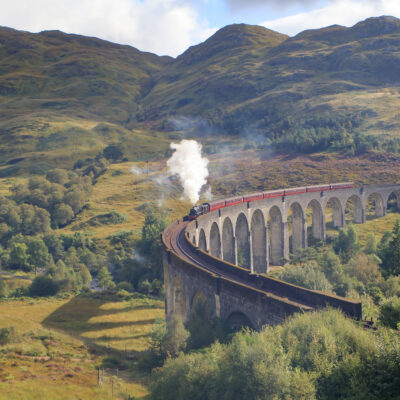 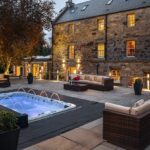 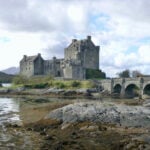