Yosemite National Park in California’s Sierra Nevada mountains is well known for its waterfalls, ancient sequoia trees, and, of course, the granite cliffs El Capitan and Half Dome. Then again, since there are nearly 1,200 square miles within its boundaries, the park is also home to deep valleys, giant meadows, vast sections of wilderness, and an abundance of wildlife.

There’s no other way to put this: Yosemite is also well known for its crowds. The park’s most crowded attraction is Yosemite Valley, which stands to reason because it offers spectacular views of Half Dome and El Capitan. Visitation numbers were down last year due to park closures necessitated by the COVID-19 pandemic, but almost 4.5 million visitors traveled to Yosemite in 2019.

“Planning a trip to Yosemite? You’re not alone!” the rangers write. “Check out our top 10 tips for making your visit to Yosemite more enjoyable.”

1. Plan Ahead And Make Reservations

Yosemite now requires day-use reservations to enter the park until September 30, the rangers explain. The system allows officials to monitor and limit the number of people in the park to protect the health of both visitors and the people who work there, as well as sustain park operations while the COVID-19 pandemic continues.

Secondly, if you want to camp in Yosemite, it’s important to know that the campgrounds also require reservations because campsites are not being offered on a first come, first served basis in 2021, the rangers explain.

If you do want to camp in Yosemite, here’s what you need to know. Campground reservations are released in blocks of 1 month at a time, up to 5 months in advance, on the 15th of each month precisely at 7:00 a.m. Pacific time.

“Be aware that nearly all reservations for the months of May through September and for some other weekends are filled the first day they become available — usually within seconds or minutes after 7:00 a.m.!” the rangers note.

The NPS App provides interactive maps, tours of park places, and on-the-ground accessibility information about more than 400 national parks to make trip planning easier. The free app can be downloaded through the App Store and Google Play.

“Cell service in the park is limited, and you’ll want to have content available on your phone so it’s accessible anywhere in the park,” the rangers write. “Once you’ve downloaded the NPS App,  be sure to follow prompts for downloading offline content.”

3. Pack Your Patience And Be Flexible

Yosemite Valley is world-famous for its impressive waterfalls, meadows, cliffs, and, of course, its granite cliffs. Since Yosemite Valley is understandably the main destination for most visitors, it’s also the most crowded area of the park.

On the other hand, there is much more to Yosemite, so the rangers suggest visiting other less-crowded places in the park that also are amazing. You can learn about other places to go and things to see in Yosemite here.

“Expect delays of an hour or more at entrance stations, and up to two to three hours in Yosemite Valley,” they note.

That’s why the rangers advise that from spring through fall, it’s best to arrive at the park before 9:00 a.m. or after 5:00 p.m. to avoid delays and traffic congestion. You can find more tips on avoiding traffic and crowds here.

It’s also important to note that the National Park Service will be making repairs on numerous roadways throughout the park. You can learn more about ongoing road construction as well as expected delay times here so you may plan accordingly.

“Don’t approach or feed animals — or let them approach you. Getting close to park animals can have negative results for both you and them,” the rangers write. “Squirrels and deer injure far more people in Yosemite than bears and mountain lions. Also, being close to wildlife potentially exposes you to diseases. That’s why it’s best to respect wildlife from a distance.”

There are two key practices the rangers ask all visitors to follow to protect both themselves and the wildlife: Always practice proper food storage and always follow speed limits.

Finally, keep in mind that Yosemite is home to hundreds of black bears. You can learn how to “Be Bear Aware” and how to store food safely in bear country here.

The rangers remind all visitors to make smart decisions when they are around Yosemite’s plentiful waterfalls, rivers, and lakes.

“If you’re thinking of cooling off or crossing a river or creek, stay back from swiftly flowing water: A slip on wet — or even dry — rock is all it takes to get swept away,” the rangers explain. “Instead, choose a place with calm water. Then look downstream to see where you’ll go if you get swept away by hidden currents: If it’s into rapids or over a waterfall, choose a safer place.”

You can learn more about water safety here.

7. Be Prepared For Your Adventure

“Going for a hike or climb? Great! But plan ahead and be sure you’re prepared,” the rangers write. “Bring appropriate footwear and clothing for various conditions, plenty of water and food, a headlamp or flashlight with extra batteries, and a good map and compass. Also, be sure someone knows where you’re going and when you plan to return so they can let us know where to look for you in case something happens and you fail to return.”

8. Plan Ahead Before Bringing A Pet

Leashed pets are allowed in Yosemite in developed areas, on fully paved roads and sidewalks, and in most campgrounds. However, pets are not allowed on most trails or in undeveloped and wilderness areas.

“These regulations protect both pets and wildlife from disease and each other,” rangers explain. “Sometimes it’s best to leave furry family members at home.”

You can learn where pets are — and aren’t — allowed in Yosemite as well as other pet regulations here.

Remember that Yosemite is located in the mountains. It also is a vast area of wilderness.

“Cellular service is limited,” rangers explain. “Don’t be surprised if you can’t receive calls or texts while you are in the park.”

You can learn more about where internet access and cell service can — and cannot — be expected at Yosemite here.

“While driving in Yosemite, observe posted speed limits and always use pullouts to take pictures and let other cars pass,” rangers remind all visitors.

Here’s why that’s important. Yosemite’s roads are steep and winding, and often there is no shoulder. When visiting Yosemite, it’s common to see vehicles stopped in the road, people walking or standing on roads, and even wildlife standing or crossing roads. Observing the speed limit protects people and wildlife. Secondly, when you use pullouts to stop for scenic overlooks, it allows other cars to pass safely, which also helps mitigate traffic congestion.

Pro Tip: If you plan to visit the park in an RV, keep in mind that the combination of Yosemite’s winding and steep mountain roads along with the traffic congestion on busy days can create what some RV drivers call “intimidating or challenging travel conditions,” the rangers explain. This is especially true for those with limited experience driving large RVs or towing trailers. 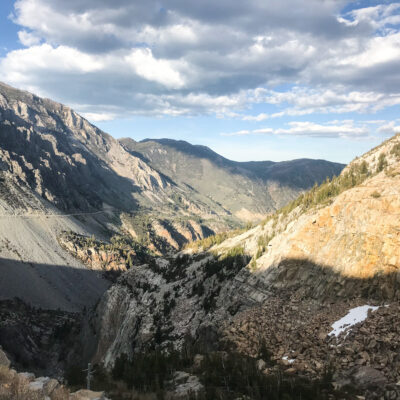 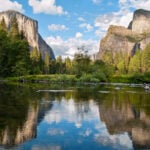 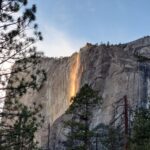 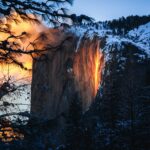