9 Interesting Places to Experience Maritime History On The Gulf Coast

The turquoise waters of the Gulf of Mexico and its brilliant white beaches have seen it all. European explorers were drawn to its shores over 500 years ago. British soldiers invaded the land from the sea in a futile attempt to regain a foothold in North America. Pirates plied these waters. One of the most famous naval battles was fought here, and fishermen, shrimpers, and oystermen continue to toil in the restless sea battling heat and hurricanes to make a living and in turn, helped build the cities that now dot the coast.

The rich maritime history of the Gulf of Mexico makes for a fascinating vacation. Following U.S. Highway 98 that skirts the west coast from Crawfordville, Florida, to Biloxi, Mississippi, you will find many sites and museums that bring this history to life. Let’s explore nine of the most interesting.

We’ll begin our journey through the maritime history of the Gulf Coast in Crawfordville, Florida, at the St. Marks National Wildlife Refuge. The 68,000-acre refuge was established in 1931 to provide a wintering habitat for migratory birds but it also protects four lighthouses that have kept ships from running aground along the coastline. One of those, the St. Marks Lighthouse, is the second-oldest in Florida.

Construction began on the lighthouse in 1829 and was finished in 1831. Since then, it has survived war, over 100 hurricanes, even an attempt by the Confederate army during the Civil War to blow it up to keep it out of the hands of Union troops.

Today, the tower is one of the most photographed along the Gulf Coast. While you can’t climb to the top of the lighthouse, you can get a tour of the keeper’s house every Tuesday and the first Friday and Saturday of each month.

Pro Tips: The best time to visit is September through April when the heat and mosquitoes are gone. Admission to the refuge is $5 per car. The keeper’s house tour is an additional $2 per person. Watch for alligators on your drive in.

For almost 200 years, Fort Pickens has stood watch over Pensacola Bay and the city of Pensacola. Construction on the fort began in 1829 as part of the federal government’s plan to fortify the coast from foreign invaders following the War of 1812.

The massive brick Fort Pickens is located in the Gulf Islands National Seashore and is the largest of four forts in the area. Before the first shot of the Civil War was fired at Fort Sumter, Pickens came close to earning that title when Confederate troops demanded that the Union surrender it. While the confrontation was heated, cooler heads prevailed and the two sides reached an agreement that the Union army could continue to man it as long as they didn’t reinforce it with additional manpower and weapons. The South eventually took it over as the war officially began.

Years later, the fort was used during World War II, after being reinforced with huge cannons and rapid-fire guns to protect against German U-Boats.

Today, you can experience the World War II-era batteries as well as the fort itself plus enjoy swimming in the gulf, hiking the park’s trails, and camping.

Pro Tip: A day-use fee is charged but on several federal holidays, the park celebrates with Free Entrance Days.

Known as the “Mighty A,” the USS Alabama is a nine Battlestar-winning battleship that saw fighting in both the North Atlantic and South Pacific during WWII and led the American fleet into Tokyo Bay at the end of the war in 1945. The battleship was destined for the scrap heap following the war, but Alabamians pitched in and in 1960, the Alabama found a new home at the USS Alabama Battleship Memorial Park.

The battleship (BB-60) is open for tours daily from 8 a.m. to 5 p.m. Your admission fee includes not only access to the ship but also tours of the World War II submarine, the USS Drum, admission to the aircraft pavilion where many vintage aircraft are displayed, and visits to the many monuments honoring those who served our country.

Pro Tip: There is so much to see that you need to plan a full day to experience it all. Wear comfortable walking shoes. There is an additional $4 parking fee.

Housed in a glass building that resembles the bow of a ship, GulfQuest is a maritime museum like no other. Each level of the building represents some aspect of life in the gulf with plenty of interactive exhibits beginning with marine life, then the weather that batters the coast, including a display that lets you experience a hurricane, and finally the maritime history where you can virtually pilot a container ship into Mobile Bay.

Pro Tip: After exploring the museum, step outside and walk down the cobblestone sidewalk of Cooper Riverside Park where you can view the Mobile River and the ship traffic that built the city of Mobile.

As you stand on the ramparts of historic Fort Morgan where the Mobile River meets the Gulf, you can almost hear the cannons roar, smell the sulfur of gunpowder, and feel the desperation of the Confederate soldiers as they clung to one of the last coastal fortresses in their possession during the Civil War. This is the site of one of the most famous U.S. naval battles, the Battle of Mobile Bay, that occurred in August 1864. During the battle, Union Admiral David Farragut, after watching the sinking of the ironclad Tecumseh, uttered those immortal words, “Damn the torpedoes, full speed ahead!”

And the rest, as they say, is history as the Union took the fort and eventually the last Confederate coastal city, Mobile.

Start your visit by touring the museum that brings not only the battle to life but other aspects of the fort’s history, as well as including the fort’s tour of duty as a World War I and II coastal defense.

Pro Tip: Check out Fort Morgan’s calendar for special events including the annual reenactment of the battle and the eerie Halloween candlelight tour to hear stories of those who died — and continue to live — within the stone walls.

Located on Alabama’s Dauphin Island is historic Fort Gaines. Fort Gaines is another one of the stone forts built along the Gulf Coast immediately following the War of 1812 and along with its sister fort on the opposite side of Mobile Bay, Fort Morgan acted as the city of Mobile’s last defenses against Union troops during the Civil War. Together, both barrier island forts played an important role in the Battle of Mobile Bay.

Your visit to Fort Gaines begins with a look at an authentic wooden keel from a 19th- century shipwreck that washed ashore during a hurricane. On any given day as you walk through the stone archway, you will be greeted by reenactors who will walk you through the fort’s history as well as artisans demonstrating trades from back in the day, including blacksmithing.

If you want to see both Fort Morgan and Fort Gaines, a fun way to cross Mobile Bay is by taking the Mobile Bay Ferry. Either walk on or drive your car aboard for the pleasant 45-minute ride. There is a fee and the ferry shuts down for the winter and when tropical storms or hurricanes are approaching.

Our exploration of the Gulf Coast’s maritime history continues with a trip to the Maritime and Seafood Industry Museum in Biloxi, Mississippi. The museum brings the history and heritage of the Mississippi coast to life with countless exhibits that explore the shrimp and oystering industry, how marine resources are managed, and even maritime blacksmithing (yes, that is a thing), and more.

To enhance the experience, the museum has added two 65-foot reproductions of Biloxi Schooners to its exhibits. The two-masted sailing ships set sail from the museum giving passengers a unique perspective on the area’s maritime history. Visit the museum website for the latest schedule and prices.

There are two more sites along the Gulf Coast that really bring the area’s maritime history to life — the National Naval Aviation Museum and Fort Barrancas.

The Naval Aviation Museum (NAM) traces the evolution of the Navy’s aviators from their earliest days in 1908 to the present with displays of actual aircraft and spacecraft, films in the Imax theater, and plenty of simulators that will make you want to learn to fly.

Fort Barrancas is another one of the stone forts built to protect the coast from invaders in the 1800s and is maintained by the National Park Service. Both sites are located on the Pensacola Naval Air Station base and unfortunately, as of this writing, for various reasons civilian access to the base is limited until further notice. Please visit the NAM and Fort Barrancas websites for further information and updates.

Florida and a couple of its neighboring Gulf Coast states have a rich maritime history that shouldn’t be overlooked during your vacation planning: 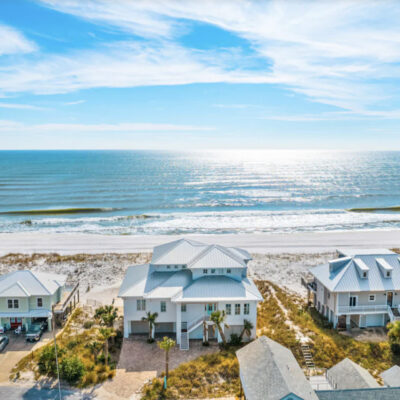 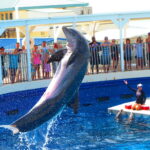 Gulf Coast7 Aquariums To Visit Along The Gulf Coast 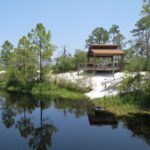 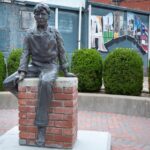