The 10 Most Desired Bucket List Travel Experiences In The World

We all have that bucket list, even if we might not call it that. What about that trip to Paris you longed for since watching Sabrina when you were young or that safari to Africa long-planned but never executed? Dream locations and trips vary from person to person, but each is interesting.

To get a measure of what experiences most of us have been dreaming of and planning during the travel-starved time of the pandemic, the luxury travel specialist, Unforgettable Travel, collated global search data and came up with the list of Top 10 bucket list experiences that were searched for around the globe.

The searches include many places I have visited and even lived in, and I have been lucky enough to have done most of these experiences, so I will give you the lowdown on what the experience is really like and some tips and tricks so that you will get the most of it when you finally get to go.

During the 6 years that I lived in Dubai, I saw the designs suggested for the Burj Khalifa in the newspapers, witnessed it being built, attended the opening ceremony, and went up to the viewing platform whenever I had visitors.

In short? It’s stunning. The view from the 148th floor, some 1,821 feet high, looking down and across the modern architectural marvel that is Dubai, seeing where the desert ends and where mankind conquered it, is truly bucket list-worthy, especially when you follow the experience up with lunch or dinner in the world’s highest restaurant, Atmosphere, on the 122nd floor.

Pro Tip: While it might look as if Dubai conquered the desert, the heat is still there, so try and avoid it in summer, as temperatures reach around 122 degrees Fahrenheit outside of the air-conditioned bubbles of habitation.

2. Statue Of Liberty From The Water

The Statue of Liberty is not just an impressive statue, it is the symbol of the American Dream, and seeing it from the water is the best way. Seeing Lady Liberty standing on her island brings to mind the countless immigrants who arrived in New York after crossing the Atlantic Ocean. What a longed-for sight Lady Liberty must have been. Today, visiting by ferry or harbor tours from NYC is maybe a little less impressive, but nevertheless a worthwhile trip. The only thing that takes a little away from it is the touristy spectacle, and all those people posing in front of the statue wearing silly green spiked foam crowns, just like I did when I went with my family. I still love that picture.

Pro Tip: The best way to really appreciate the statue and what it represents is to not only take the ferry but a tour that combines the statue as well as Ellis Island.

I must say that I am amazed to find this in the top 10, not because Mount Everest is not a once-in-a-lifetime sight, but because trekking up to Base Camp is a huge physical commitment, not one taken on lightly. I have friends who trekked up to Base Camp; some enjoyed it, others had to abandon the trek because of severe altitude sickness despite going up slowly. I went up to Tengboche, a monastery a mere 4 miles from Base Camp, and I did not hike but went up by helicopter. If seeing Mount Everest and experiencing the majestic Himalayas, the herds of yaks, and the beauty of the surroundings are the main reasons for going, then this is a fun alternative. If trekking is the dream, then go for it; it will be a huge achievement.

Pro Tip: You can take the helicopter all the way to Base Camp, too.

This is the one that got away from me during the pandemic. For a big wedding anniversary, I was supposed to cruise down the Nile but had to reschedule. So, I understand why this ranks highly. The Nile is not only a stunning river, but the Egyptian history found alongside it is simply mind-blowing. From the Valley of the Kings to Luxor and Abu Simbel to Karnak, all are sights that are ancient, enormous, and from a period of riches, cultural, religious, and historic, that we can barely comprehend today.

Pro Tip: For those not keen on crowds, and readers of Agatha Christie, book yourself onto the SS Sudan, on which the author sailed and all the Poirot films were filmed.

Having lived in Paris for nearly 6 years and visited countless times beforehand, I have been to the top of the Eiffel Tower many times. When I was little, my parents dragged me up, and when I had my own kid, I dragged her up. But later I realized that it is the one place where you see Paris without its iconic symbol. So when I lived there, I told my visitors not to queue endlessly to go to the top of the Tour Eiffel, but instead to either climb the Arc de Triomphe or visit the viewing platform on Tour Montparnasse. On both, you get the views of Paris, but with the Eiffel Tower in the picture.

Pro Tip: Some winters they build an ice-skating rink on the first floor of the tower, complete with a champagne bar, and a hot chocolate and crepe stand. That is worth climbing up for.

Now, this is one experience I have not had, but I know so many people who went and loved it. Despite the Las Vegas Strip not appealing to me on paper, it should be on my bucket list too, just to prove me wrong. What is it that draws people? As the search states, it is the madness that draws people, that combination of neon lights, the absolutely crazy hotels, the chance of winning big money, and, of course, the what-happens-in-Vegas-stays-in-Vegas attitude. Las Vegas really does sound like the perfect escape from normal life.

Pro Tip: Gambling or no gambling, Las Vegas is pricey, so here are some tips on how to save on expenses.

Is it not strange how often a man-made object enhances natural beauty? And this is one of them: a beautiful bridge stretching across a vast expanse of water joining two landmasses. Sounds simple, really. But not only is this bridge 1 mile long but also the setting, between San Francisco Bay and the Pacific Ocean, is just stunning. The views from Marshall’s Beach on the south side are amazing.

Pro Tip: Did you know Golden Gate Bridge has a twin in Lisbon, Portugal? The 25 de Abril Bridge in Lisbon not just looks the same but is also painted in the same color.

New York City is one of my favorite cities in the world. Looking at the lights from above is magical. In Paris, I prefer to look at the city with the Eiffel Tower in view. Because NYC is such a tall city, the view isn’t missing anything if you aren’t seeing the Empire State Building because there is so much else to look at. Entering the beautiful entrance hall and the famous viewing platform is just like stepping into a film set. A worthy bucket list contender.

Pro Tip: I know it sounds crazy, but when I was last up there, it started snowing, making it an even more amazing experience. Go in winter!

There is no doubt that the Louvre is something special. Not only the world’s largest art museum but also a former royal residence of enormous proportions. The museum holds some very special treasures, from the Mona Lisa to the Winged Victory of Samothrace and the Venus de Milo, the art is worth a visit. Note though that even during the pandemic, when I went to the Louvre and practically found myself on my own in the corridors, there was a queue for Mona Lisa, and you get 1 minute before you are pushed on. You will need to manage your expectations because the Louvre gets incredibly busy.

Pro Tip: Go either for the first time slot at 9 a.m. or catch Mona just before they close at 6 p.m.

2,000 years of history sitting slap-bang in the middle of Rome. Who would not have this on their bucket list? And just last month, for the first time in those 2,000 years, the underground passageways the gladiators and animals used to be channeled through have been opened to the public. It’s an incredible sight to see and coupled with Rome and Italy, one that is hard to beat. Did you know the top of the Colosseum used to be covered by a canvas to keep the sun out? As this is no longer there, bring a sun umbrella or wear a hat when visiting in summer.

Pro Tip: The queues to see this Roman icon can be awfully long, so buy a Roma Pass, which will allow you to skip the queue. 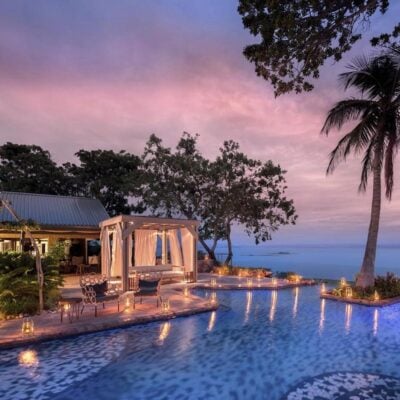 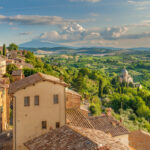 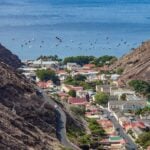 Bucket List TripsSaint Helena: Why You Need To Visit This Tiny Island In The Atlantic Ocean