Unique Museums To Visit In London

The city of London by a recent count has a whopping 250 registered museums. The British Museum, The Natural History Museum, The Victoria and Albert Museum, The Science Museum, and The Imperial War Museum are some of the most popular ones. Beyond these is a multitude of museums with unusual themes and subjects such as design, transportation, cartoons, and fans.

We have compiled a list of some of our recommended, off the beaten track museums.

Are you a fan of fans? The Fan Museum, located on the cusp of lovely Greenwich Park, has an extensive collection of over 5,000 fans mostly from the 18th and 19th centuries, plus the oldest fan in the collection dates from the 11th century. The fabulous fans are housed in a restored 1721 home with a manicured Japanese-style garden, an orangery with decorative murals, and a gift shop. The collection is rotated and every four months the display is updated. There’s also educational material that includes information about how the fans are constructed and manufactured, their history, the different models of fans, and a reference library.  Fan making classes are available.

The father of modern psychoanalysis, Sigmund Freud, has a museum dedicated to him in his former London home. Freud, who was Jewish, fled Vienna, Austria, in 1938 with his family to escape the oncoming persecution of Jews and the Holocaust. Luckily, he was able to bring many of his most significant personal and professional belongings to London, including his library documents and papers, much of his antique collection, and his iconic couch which his patients would lie on. After Freud died in 1939, his daughter Anna, kept the house until 1982.

The Queen Anne-style house made of brick is from 1920 and is located in the leafy, upscale Hampstead district, which has impressive, private houses where many celebrities live. The main floor of the house has the library, study, and dining room, and features a video room, Anna Freud’s bedroom, and a room for temporary exhibitions. Freud’s home collection includes classic Biedermeier pieces including cupboards, tables, and chests, and a selection of painted, country-style Austrian furniture. He also collected Oriental, Roman, and Greek antiquities. A portrait of Freud by Salvador Dali is also on display in the museum.

One of the leading museums in the world about design is situated in Kensington in central London. The Design Museum, founded by Sir Terence Conran, who created the mega-brand home furnishings emporium Conran’s and Habitat, invested £17.5 million of his own fortune to relocate the museum to a warehouse building, tripling the space.

The museum covers all aspects of design including furniture, home accessories, lighting and lamps, household appliances, products, fashion, architecture, automobiles, and digital design. Talks, lectures, and family activities are also offered. The top floor contains the permanent collection of the museum, a restaurant, and gallery, and special events space. Temporary exhibitions with a diverse range take up most of the remainder of the museum. One of the current contemporary shows of note is of the renowned and prolific, French furniture designer Charlotte Perriand (until September 2021) and a fun and informative exhibition, Sneakers Unboxed: Studio to Street (until October 2021), about the fashion evolution and phenomenon of sneakers from Adidas to Kanye West to Nike Air to Vans.

Sewing enthusiasts will be enthralled when they visit the London Sewing Machine Museum. There are over 600 sewing machines on display including a rare valuable machine that was given to Queen Victoria’s daughter as a wedding present. Located in Wimbledon, near the legendary tennis venue, the museum is on the top floor of the still existing Wimbledon Sewing Company which still stocks, sells, repairs, and services sewing machines.

Plan your visit in advance because the museum is only open the first Saturday of every month from 2 p.m. to 5 p.m.

The most famous sleuth of all time, Sherlock Holmes, even has his own museum. The apartment, which is inside a Victorian building on the well-known Baker Street by the tube station, is where the fictional Sherlock Holmes lived from 1881 to 1904 with his indispensable partner Dr. Watson. The museum is filled with Victorian gas lamps and many of Holmes and Watson’s belongings. A special exhibition has lifelike, full-scale wax figures of Holmes’s adventures and outings.

Pro Tip: Visit the gift shop which has quirky souvenirs.

Organized into two sites, the London Transport Museum is an important institution that explores the heritage of transportation over the centuries.

The Covent Garden branch is inside an iron and glass building that was once part of the Covent Garden flower and food market. The museum goes back over 200 years to present modes of transport including horse-drawn carriages, locomotives and trains, the Underground, double-decker buses, and a double-deck electric tram. The over 500,000 historic objects include maps, books, models, drawings, photos, and posters. Check out the extensive transport museum shop which has a remarkable collection of over 5,000 posters and 700 original artworks.

The second location, the Depot in Acton, contains the extended collection from the Covent Garden location, and a fantastic London Transport Miniature Underground with authentic miniature cars, signals, tracks, and signs. Rides are available on the miniature train just three times a year on their free weekends.

The Depot branch is only open to the public three times a year, but guided tours are given on a regular basis. Dates are listed on its website.

The history and design of a broad range of classic English homes are exhibited at the Geffrye Museum in the Hoxton neighborhood in East London. A series of 18th- century brick houses have been joined together to set up 11 authentic period rooms which display the progression of English design, style, and architecture from the 1600s up to the 20th century. Garden styles from the past are also part of the museum with layouts of different style gardens from the past including Stuart, Victorian, Georgian, and Edwardian, plus a futuristic rooftop garden. The museum also presents the historic and sociological aspects of home life, including food and mealtimes, faith and religion, entertainment devices and games, housework, and home gadgets.

The Cartoon Museum has a collection of 6,000 cartoon artworks, comic strips, animations, and an additional library of over 8,000 books and comics. The collection runs from the early 1800s all the way to the present. The museum is committed to preserving the works of significant British cartoon artists and the museum was opened by the Duke of Edinburgh in 2006 near the Oxford Circus area. One of the current temporary exhibitions (open until October 21, 2021) is V for Vendetta: Behind The Mask, an insider view of one of the most famous graphic novels V For Vendetta. The exhibit features 36 original comic artworks alongside storyboards and costume design for the smash film of the same name.

The quirky and nostalgic Museum of Brands will bring back plenty of names you grew up with. Located in the fashionable Notting Hill area, where the Julia Roberts and Hugh Grant film of the same name took place, the museum holds over 12,000 original items and labels. Starting in the 1850s, the beginning of the Industrial Age, the museum goes through the decades with iconic brands and labels in the permanent collection, including The Time Tunnel, designed by consumer expert and historian Robert Opie, who also owns the museum. Fascinated by the history of brands, Opie has been collecting brand artifacts for over 50 years, and in 1975, his collection first appeared at the Victoria and Albert Museum.  Some of the brands that may jog your memory include Kellogg’s Frosted Flakes with Tony the Tiger on the box, Ajax cleanser, Grape Nuts, Maxwell House coffee, Oxydol, Heinz Beanz, Lifebuoy soap, and Fresca soda. The museum also sponsors over 200 events a year.

The Royal Academy Of Music Museum

The oldest and most prestigious music conservatory in Great Britain, the Royal Academy of Music Museum near the entrance to Regents Park, has a museum with an exquisite collection of musical instruments as old as the 16th century. There are three galleries that house the permanent collection of instruments, plus additional galleries for temporary exhibitions. There’s a piano gallery, strings gallery with over 200 violins including several Stradivarius instruments, and a section with original manuscripts by Schubert, Mendelssohn, Brahms, Liszt, and Purcell. Important artworks, letters, memorabilia, and photographs are also on display.

Several of the museums mentioned above have limited opening days and times, so make sure to check their websites before you visit. Also check to see if they have reopened post-COVID pandemic.

London is a sprawling city and attractions are plentiful so visitors should plan their itinerary well in advance: 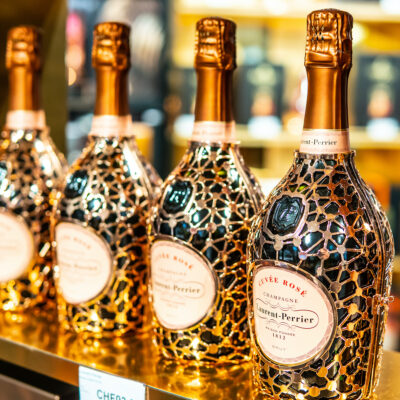 London9 Fabulous Champagne Bars In London To Enjoy A Sip 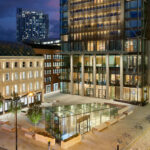