You Could Win Two Tickets To Space, Here’s How

Billionaire and Virgin Group founder Richard Branson and five crewmates from his space-tourism company Virgin Galactic reached the edge of space last weekend. While Virgin Galactic plans to sell tickets for similar flights for hundreds of thousands of dollars per seat, Branson announced the spaceflight company will give away two seats on one of its next commercial flights to the lucky winner of a sweepstakes.

Branson explained in a video that he had “the most incredible experience of Earth from above” and that he is “thrilled” to give the opportunity to others.

The Edge Of Space

Here’s how Branson and his crewmates reached what’s known as suborbital altitude.

They were in a Virgin Galactic ship called the VSS Unity — carried by the winged ship VMS Eve. At an altitude of about 8.5 miles, Unity detached from Eve, fired its engine, and eventually reached speeds of more than Mach 3 — three times the speed of sound.

Unity reached a peak altitude above 50 miles, which is above the space demarcation boundary recognized by NASA, the U.S. military, and the Federal Aviation Administration, a Space.com article explains. Branson and the crew experienced three to four minutes of weightlessness and saw Earth’s curvature before gliding back to Earth for a runway landing.

Virgin Galactic is now working with charity fundraising platform Omaze to give away two tickets for one of the VSS Unity’s first commercial flights. Proceeds will support the nonprofit Space for Humanity, which aims to send citizen astronauts of diverse racial, economic, and disciplinary backgrounds to space.

“We all share this planet together — and we need to take care of it and we need to take care of each other,” Rachel Lyons, the executive director of Space for Humanity, says in a USA Today article. “By giving people around the world access to this experience and this perspective, we can begin to shift our relationship on a collective level with each other and with our planet.”

Omaze explains that the lucky winner and their guest will “make history as you both live out your astronaut dreams on one of the first Virgin Galactic commercial spaceflights.” The winner and their guest will also “experience weightlessness and awe-inspiring views of Earth from space; join Sir Richard Branson for a personal VIP tour of Spaceport America; and be flown to the home of Spaceport America in New Mexico — hotel included!”

Although the full details of the sweepstakes winners’ flight have not yet been announced, Omaze CEO and co-founder Matt Pohlson says in the USA Today article that the winner will have an experience similar to Branson’s.

Entering the sweepstake is easy. You need to register online here, and while no donation is necessary, the minimum suggested donation is $10. Each $10 donation is equivalent to 100 entries, and there is a $300 donation cap.

Eligible participants must meet several conditions. Most notably, they must be at least 18 years of age, come from a worldwide jurisdiction that isn’t prohibited from participation, and they must provide proof of COVID-19 vaccination.

Know Before You (Hopefully) Go

It should also be pointed out that spaceflight is, obviously, inherently dangerous. Participants must also release the contest-holders from “all liability, loss or damage, or expense arising out of, or in connection with, participation in any experience or the acceptance, use, or misuse of any prizes.” What’s more, the contest winner and their guest must pass all medical tests conducted by Virgin’s medical staff.

You can find more information, contest rules, and register to win the space flight tickets here. 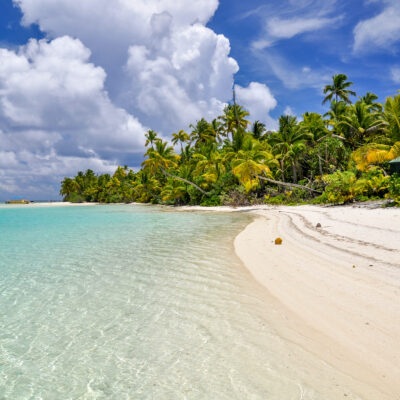